Museum of Money and Economy: Cambodian history through economics

Posted on September 11, 2020 by Pete Ford
Get a quote for expat health insurance

Name three facts about money in Cambodia’s present or future. Go on, I dare you. Fine, I’ll start. Did you know that the Angkorian Empire largely used a barter system and forswore cash? Or that when the riel was re-introduced in 1980 it was pegged against rice (1 kilogram of rice was equal to 1 riel)? Or that the Khmer Rouge printed millions of dollars worth of banknotes in China, and then promptly blew up the National Bank of Cambodia and banned money for a few years? 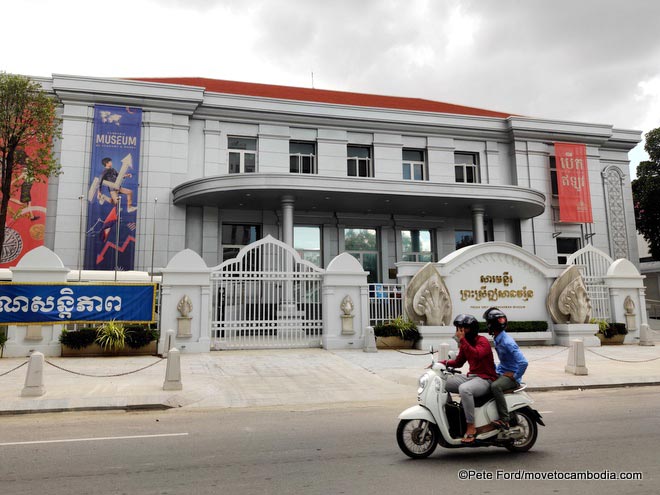 Well, I knew the last one, but the first two were new to me, and all thanks to SOSORO: Cambodian Museum of Money and Economy, Cambodia’s newest museum, and one certainly different from those that have come before it. Housed in the former French protectorate municipalité, with the modern layout, the attempt to tell a story, the clear and informative (and mostly grammatically correct) bilingual signage, the request that visitors switch their shoes for white faux-Crocs during their visit, and the fact that it is most certainly aimed at both local and expat audiences — nothing quite like it exists in the Kingdom.

First things first, this is a fascinating way to spend an interesting hour in Phnom Penh that doesn’t involve temples, (much about) the Khmer Rouge, or cheap beer. And, it’s a fun stop for kids!

That out of the way, this is not really a museum designed for first-time visitors to Cambodia, for whom the National Museum and all of the slowly returning stolen statues is a much better idea. The Museum of Economy and Finance, however, fills a niche for those with a deep interest in Cambodia who might be eager to learn more about the role money played in the Funan, Chenla, and Khmer empires, and the fluctuations in power, wealth and sovereignty that followed. 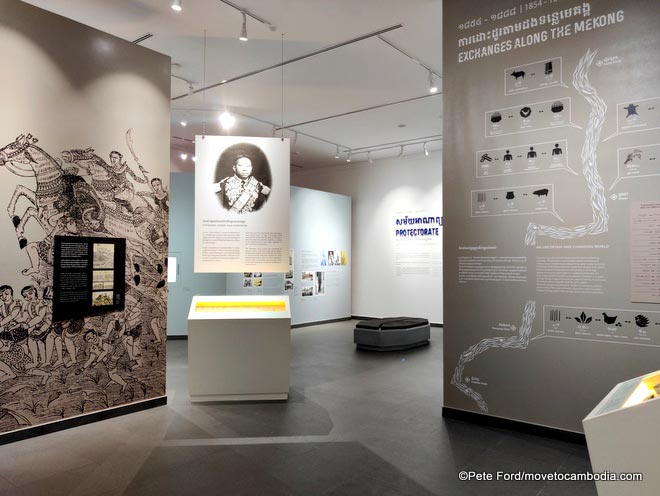 Get riel: The Cambodian money museum is a fun and educational experience for kids and adults!

But for those who just want to come and have a gander, or find an air-conditioned activity for kids, then the museum is a fun mix of video, well-lit signage, and interactive displays to learn more about Cambodian history, and how payment and trade has been undertaken throughout.

And yet, the narrative of the museum unsurprisingly has a political bent. I saw it as a clear attempt to position the post-Khmer Rouge, post-1997 CPP fiscal policy as one of vision and purpose; all economic positives are thanks to leadership successes, all challenges the fault of external actors and a lack of monetary sovereignty — the latter point summed up very clearly in this caption:

“The widespread use of the dollar — to the detriment of the riel — erodes sovereignty and the efficiency of monetary policy.” 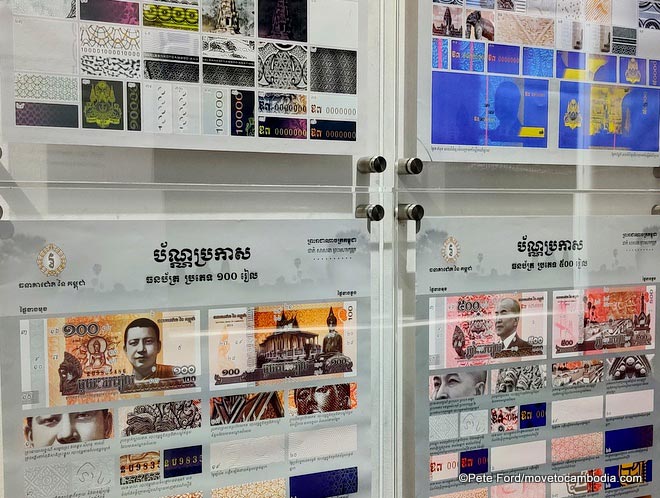 The struggle for de-dollarization in Cambodia is…riel

The museum is positioned to pave the way for Cambodia’s imminent de-dollarization ($1, $2, and $5 will soon no longer be given as change, but rather their 4,000 riel, 8,000 riel, and 20,000 riel equivalents). The overarching message is clear: Cambodia can only be truly strong again once it has full control of its currency.

And while expats may grumble about having to divide prices by 4,000 to get a mental dollar amount, the long-term impact of a dominant Cambodian currency on national pride and economics will undoubtedly result in a de-dollarization exhibit the next time the museum gets an update. 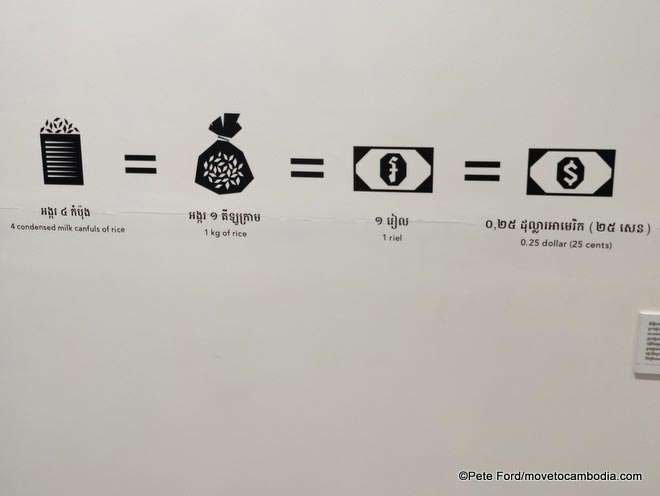 Keepin’ it riel: understanding the history of exchange rates.

Taking photos is verboten, so none of these are mine officer, and if you have feet bigger than EU 43, then you get to keep your own shoes on as they don’t have plastic Crocs in bigger sizes. But I digress, as I really am recommending readers visit the museum.