Posted on October 22, 2012 by Lina Goldberg
Get a quote for expat health insurance

In recent years Cambodia’s economic growth has fueled the rejuvenation of its arts scene; the latest sign of this is the opening of Cambodia’s first dedicated ballet school in Phnom Penh. 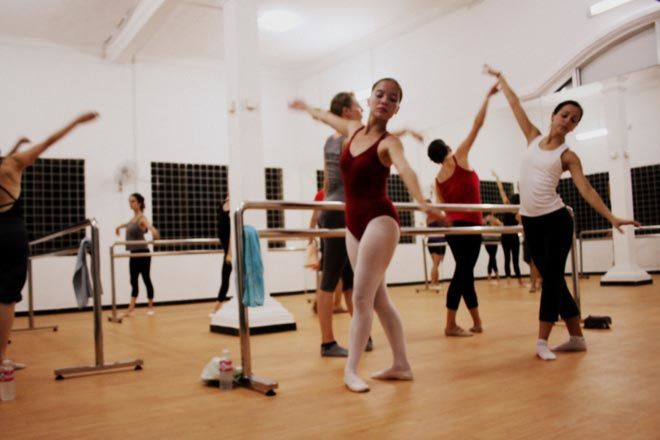 In Cambodia the term “ballet” has traditionally be used to refer exclusively to the hypnotizing Khmer apsara dance that originated in the royal courts. And while the country has its own history with classical ballet — Prince Norodom Sihamoni, was studying classical ballet in Prague while the Khmer Rouge took Phnom Penh, and later, formed his own corps in Paris before returning to Cambodia to become King, and Sy Sar, a teenage folk dancer whose journey to become a ballet dancer in America was the subject of the inspiring 2010 documentary Dancing Across Borders — Cambodians had little opportunity to study the art until now.

The Central School of Ballet Phnom Penh opened their doors earlier this year, offering international-level instruction by Stephen Bimson, a graduate of the Rambert School of Ballet and Contemporary Dance in the United Kingdom. Co-founder Devi Vanhon, daughter of a Swiss mother and a Khmer diplomat (and the granddaughter of Princess Norodom Thiek), was raised in Switzerland but has been living in Cambodia for the last 8 years. Vanhon believes that the time is right for a re-emergence of the arts in Cambodia.

During the reign of the Khmer Rouge 80% of the dancers in the country were killed, and in the period’s aftermath, people had little time for the arts. “There has been a positive shift over the past couple of years. People are showing an increased interest in performing arts,” the school’s co-founder said. “Now people have their basic needs covered and are looking for more. Khmers who have show the most interest in our classes are all slightly more educated than average–they want their children to have a well-rounded education that include the arts.”