Read: Down and out in Sihanoukville with Alex Watts

Posted on September 24, 2013 by Lina Goldberg
Get a quote for expat health insurance 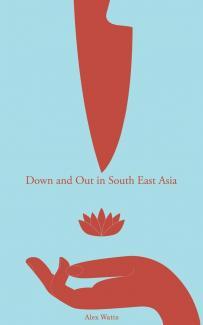 His book, Down and Out in South East Asia is a humorous, well-written account of his character Lennie Nash’s trials and travails as he eats his way through the region, with the ultimate goal of setting up a restaurant in Sihanoukville, a city rife with some of Cambodia’s strangest expats.

Down and Out in South East Asia is a great read for anyone with so much as a passing interest in Southeast Asian cuisine, moving to Cambodia and poking fun at backpackers. I caught up with Alex to learn more about the book and what inspired it.

What drew you to Cambodia initially?

“I knew very little about Cambodia before I went, and most of it was negative. But an old girlfriend travelled through there and said I’d love the place, and she knows me pretty well, so I thought I’d give it a go. I’d also always wanted to visit the Angkor temples. But the main attraction was the relatively cheap cost of living. I wanted to spend a year or two living somewhere cheap while writing a book, and it seemed a great place to do that. I just didn’t realise how good the nightlife would be, and how many distractions there’d be. You’ve got to have a lot of self-control to live in Cambodia.”

How did you research Down and Out in South East Asia?

“I spent 18 months or so travelling through northern Thailand, southern Vietnam, and pretty much all of Cambodia, writing my experiences and thoughts down in notebooks and talking to as many people as I could. I was travelling on my own, which meant I could go where I wanted, and made it easier meeting people. I recorded a lot of the interviews and conversations on my phone, which was a lot better than relying on my hazy memory, but it meant I had to comb though hours of waffle to get to the good stuff. I didn’t want the book just to be about my own experiences, I wanted to find the most interesting stories and anecdotes I could about SE Asia and to include them in there.” 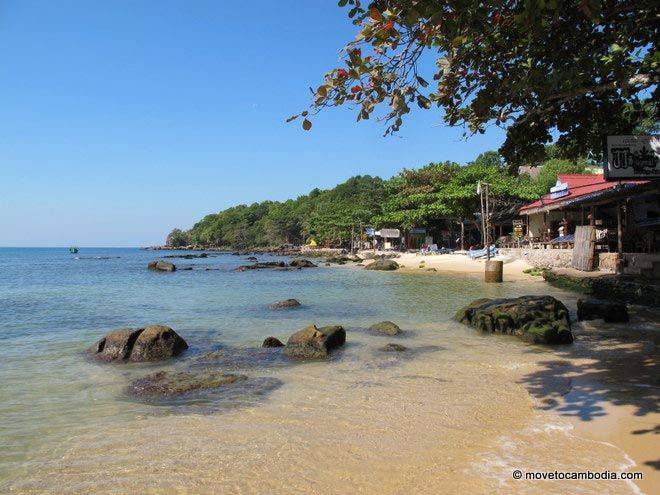 What surprised you most about expats in Cambodia?

“I think it was the stories. I’ve never met such an interesting bunch of characters in my life. They all seemed to be escaping from something or looking for something, and reinventing themselves on the way. Some of them had some incredible tales to tell.”

What was the most interesting or surprising thing that you learned about the process of setting up a restaurant in South East Asia?

“It was how easy it was, money-wise, to set up a restaurant. There aren’t many places in the world you can afford to buy a lease on an eatery perched on a white-sand beach or in the middle of a buzzing city like Phnom Penh. That’s why there are so many hobby entrepreneurs, often with absolutely no cooking or front-of-house experience, all living the dream out there.

But buying is one thing, making money is another. I’ve seen so many expat restaurant or bar owners lose their life savings and return home with nothing. Even when you know what you’re doing, it’s nearly impossible to survive. I met a Khmer woman whose family had fled Pol Pot when she was five. She’d spent the next few decades in the US and then decided to return to Phnom Penh and set up a restaurant. She bought a big venue with no trade in a dodgy area and in a few months had turned it into a thriving karaoke joint that was packed every night. Then the police started sniffing around for cash, then government officials wanted backhanders because they said there’d been complaints about the noise and other trumped-up charges. After a few months, she got fed up with it and sold the place. It seems even if you do well, you’ll be lucky to make any cash.”

How fictionalized is your main character, Lennie Nash? Are you Lennie or are there fundamental differences between you and your character?

“Much of the book is true, or based on real events, and I worked up a plot of sorts around them. Some of the characters are a mixture of people I met. I changed all of the names and a lot of the locations for various reasons. But overall, I think it’s a pretty true reflection of expat life in SE Asia, or at least as well as I can do it.

Lennie Nash is the name I used when I worked as a cook for my first book Down And Out In Padstow And London, which is the prequel to this one. I’ve been told it sounds like the name of a drummer in a country and western band, but I’ve become quite attached to the name and it seemed fitting to use it in this one. He’s an exaggerated version of me – he drinks a lot more, is a lot funnier, and has far more courage, but is equally unsuccessful with women.”

So why didn’t Lennie ever open the flipping restaurant?

“I’m not sure. Probably because his main problem in life is he’s a great procrastinator and is appallingly indecisive. Or at least thinks he is. But for all his flaws, he’s not stupid, and I think he knew that he would never make any money at it. It was probably also the heat. Cooking in a kitchen is extremely hot, even in a cold country like Britain. But in a tropical, humid place like Cambodia, working in a cramped furnace is unbearable. The only place that might be cool enough is in the mountains in Mondulkiri but there aren’t any customers there, only tight-fisted backpackers haggling over elephant rides.”

What’s next for Lennie Nash?

“To get back to Cambodia and open a restaurant. As soon as he gets out of hospital.”

You can find Down and Out in South East Asia on Amazon (and Amazon UK) for just $2.99, a steal. You can read more of Alex’s work on his blog, Chef Sandwich.