It’s certainly dated, but the Royal Hotel has some of the cheapest rooms in Battambang. 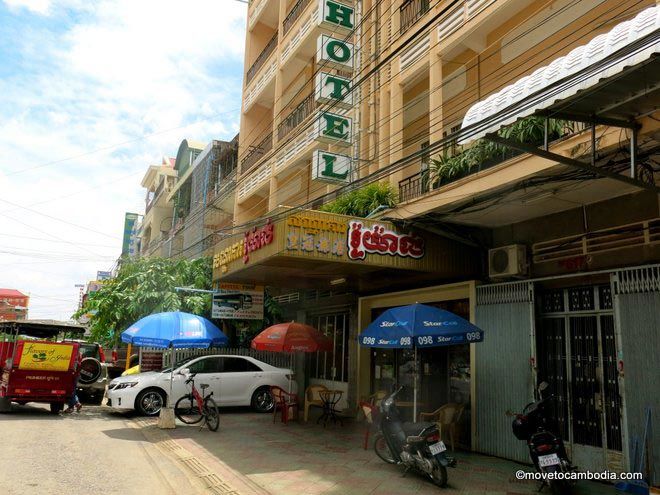 Supposedly the Royal Hotel is Battambang’s oldest hotel, and while we aren’t sure that’s true, the dated interior makes the claim seems plausible. The building has five floors and no elevator and the rooms are old and uninspired. That said, the rooms are clean, have WiFi, (ancient) TVs and fridges, and are, for the price, good value for money. 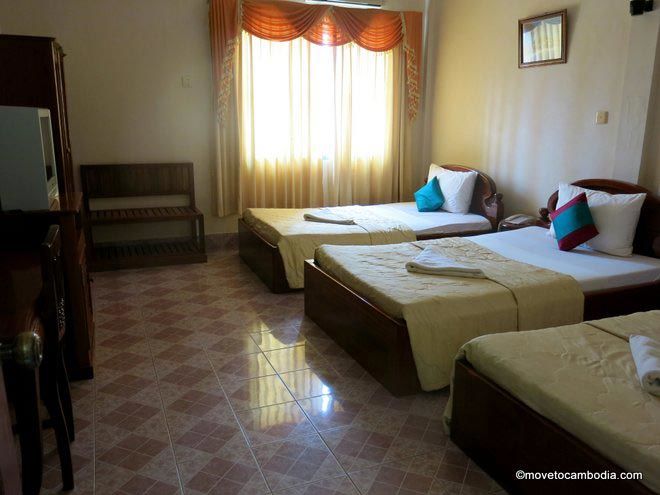 Enough beds for all of your friends at the Royal Hotel.

Room rates at Royal Hotel start as low as $4 for a bare cell with a shared bathroom. For $7-10 you’ll get a double or twin room with cold water and a fan, and for between $13 and $25 you’ll get a room with A/C, hot water and better views. At the top of the pricing scale, you can enjoy a “King Size” room with A/C, hot water and a balcony. They’ve got a rooftop restaurant that’s open from 6 a.m. til 11 p.m. and while you may not be tempted to eat in-house, be assured that the Royal staff are alarmingly friendly. They have a well-regarded laundry service for $2/kilo.

Royal Hotel may be old, but it’s clean, and the rooms are good value for money. Walk-in rates are generally the same or marginally more expensive than those on Agoda, but rooms booked on Agoda include free pick-up and breakfast. Check prices and book a room at Royal Hotel on Agoda now.