Seng Hout is a decent mid-range hotel with one thing that sets it apart at these prices: a pool and gym. 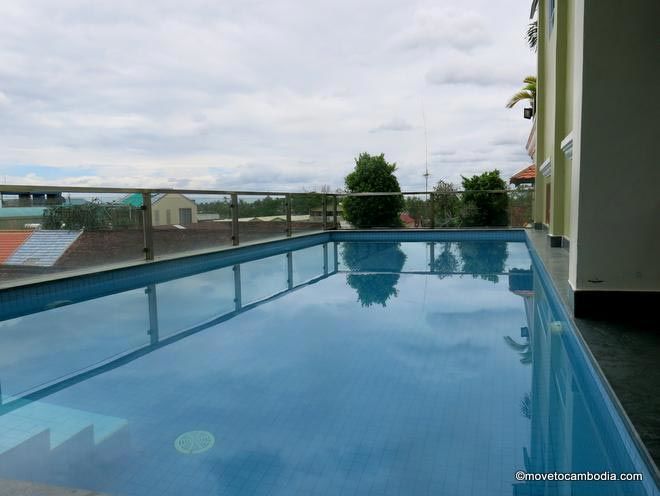 Seng Hout Hotel is clean and centrally located, if a bit mundane. Rooms come equipped with hot-water showers, televisions (they’ll provide you with a remote when you check in–apparently guests like to keep them), and a refrigerator. Rooms are available with fans or air-conditioning. The larger rooms have a writing desk and a view of Battambang, while the smaller ones can be a bit pokey. The hotel offers WiFi, but some rooms get better reception than others, so be sure to check when you arrive and ask for another room if necessary. 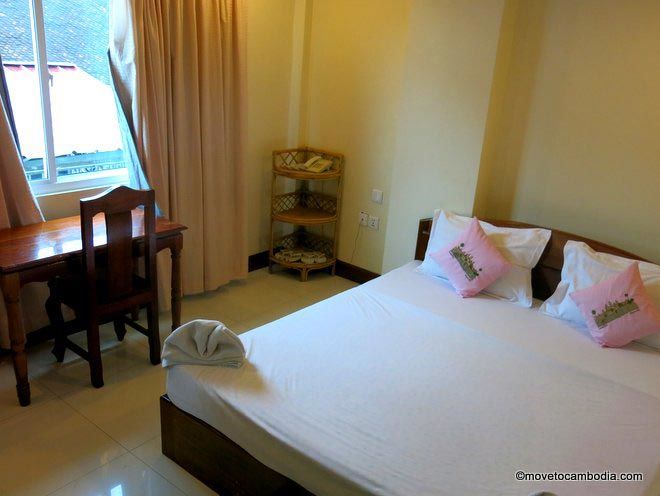 You wouldn’t call it inspired decor, but it’s clean and good value.

The hotel is only three floors, but the stair design makes each flight seem like several. Luckily, there’s a small elevator.

The pool at Seng Hout Hotel is small but clean. The gym has only a few pieces of equipment, including an old-fashioned vibrating-belt machine, but there’s enough to get a decent if minimal workout.

Overall, Seng Hout Hotel offers good value for money, if not a whole lot of inspiration. Prices start at $12 for fan rooms and $15 for air-conditioned rooms, up to $40 for a deluxe double. Walk-in rates are generally the same or marginally more expensive than those on Agoda, but occasionally Agoda has special deals.