Posted on February 7, 2013 by Marissa Carruthers
Get a quote for expat health insurance

Marissa Carruthers is a freelance journalist who has left behind life in the UK for the sun and smiles of Cambodia. In her weekly column, she will be sharing the ups and downs of settling into life in Phnom Penh as an expat.

I think it’s fair to say that during my first three months in Cambodia I’ve become lazy when it comes to learning the language. 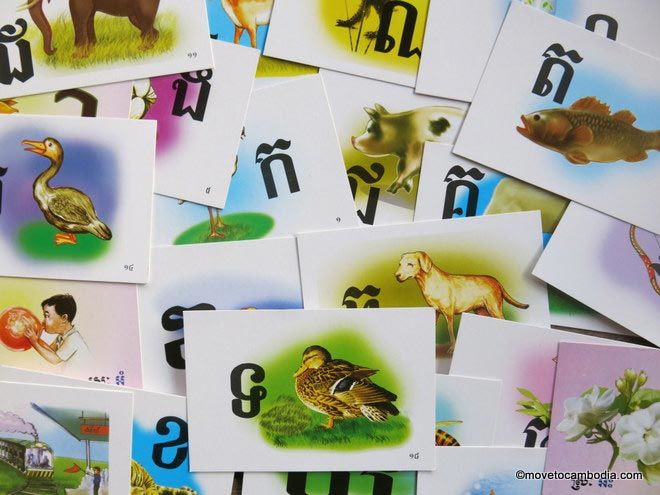 I’d left the UK with a vision of being able to at least hold a basic conversation in Khmer after a few months but I’m ashamed to say I can barely ask a tuk tuk driver to turn right. I remember being shocked when I first arrived at the number of expats I met who said they don’t speak Khmer – in fact, now I’m surprised when I meet one who’s fluent – but I quickly learnt that living in Phnom Penh it’s easy to slip into a world where you can get around on English alone, and that’s exactly what I did.

Straight away, I picked up most of the essentials needed to get around but that was where my learning halted. I flirted with a few more words when some of the workers in my apartment block quizzed me on the English for certain things. They’d willingly return the favour by telling me in Khmer what a chopstick or helmet or whatever other object it is they wanted to know is but I’d struggle to get my mouth around the sounds and just couldn’t keep it in my head. The next day I’d bump into them outside and they’d yell over: “Chopstick. Now you in Khmer,” only to be met by a sheepish grin because I’d forgotten the second I was told.

I tried to learn a few more phrases but battled with the pronunciation and despite being greeted with a slightly surprised form of delight from a local when I tried to say something in Khmer, my clumsiness with the words eventually led to an embarrassment to even try.

Then a couple of weeks ago, lost in an area where no-one spoke English outside of my comfort zone where I can drink in an English coffee shop, eat an English breakfast and don’t have to learn the local language, I burst the bubble I’d been living in and realised how ridiculous and rude it was of me not to be able to ask for directions in a country that I’ve been living in for three months.

As soon as I got home, I enrolled in a Khmer class round the corner from where I live and while I’ve only had one lesson so far I’ve pushed myself to get over my embarrassment to try and practice whenever I can – and guess what, so far, in true Cambodian style, everyone has been more than happy to help. It may well take me a while to become anything close to fluent but I’m definitely glad to be trying.