Posted on August 7, 2013 by Lina Goldberg
Get a quote for expat health insurance

Last month I wrote a piece for International Living. Titled ‘Discovering an Affordable New World,’ it ran in the magazine’s Living the Dream column. How appropriate! I’ve re-posted the article below. 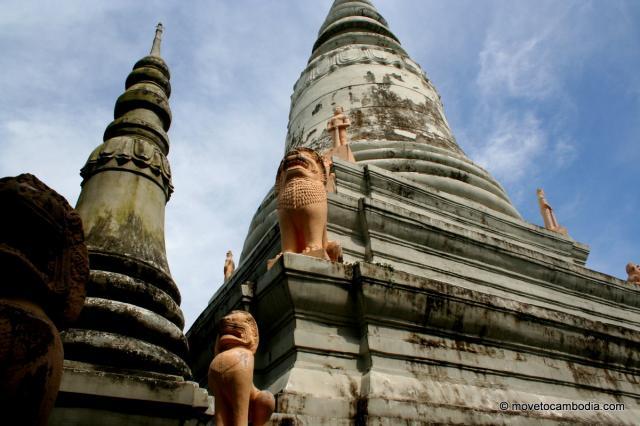 Wat Phnom, a Buddhist temple in Phnom Penh which was originally built in 1373.

Like many expats in Cambodia, I ended up in the Kingdom of Wonder completely by accident. But living in Phnom Penh, I feel like I’ve discovered the secret to a laid-back lifestyle that is almost entirely devoid of the high-pressure, wearing-high-heels stress I endured when I worked in a cubicle in New York and London.

Before coming to Cambodia, I worked at Google in the US, Ireland and the UK. After five years I quit my job to go backpacking around Asia and South America. Ten months of travel later, I applied for a fellowship with an American non-profit in Cambodia. In three short months I fell in love with Phnom Penh and the expat lifestyle there, and once my fellowship concluded, I never left.

Phnom Penh is a city in the midst of massive development, where six-story buildings are thrown up overnight without regulation or oversight. But there is still plenty of Asian small-town feel, such as the farmers who sell ripe, juicy mangos for $0.25 apiece on the side of the road, or the stalls serving strong, sweet iced coffee that’s the perfect antidote to Cambodia’s tropical heat. The city feels untamed and full of potential, and the locals are friendly and happy to have a laugh with anyone, be they Khmer or expat. 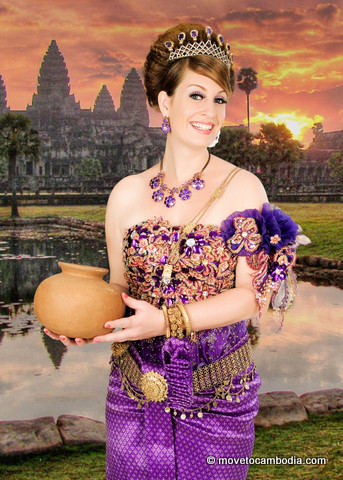 I’ve been in Cambodia for three years now, and that has allowed me to pursue a career that I love. I’m a freelance writer, publishing articles about food and travel for local and international newspapers and magazines. Recently I wrote a book, Move to Cambodia: A guide to living in working in the Kingdom of Wonder. It’s a guide for new expats that discusses step by step everything you need to know to expatriate to Cambodia, answering all of the questions that I had when I moved, and quite a few others, as well.

I love the freedom that being a freelancer affords me. And making my base in Cambodia, where the cost of living is so low, allows me to have the lifestyle I’d always dreamed about but never thought possible.

In Phnom Penh a one-bedroom apartment can be had for between $150 and $500 per month, depending on what level of luxury you require. If you are frugal, you can survive in Cambodia on less than $1,000 per month, although most expats prefer to budget a bit more. In Cambodia, luxuries that I’d never allow myself at home are easily affordable. I can have a pair of leather shoes made to order for $22, a dress tailored for not much more than that, and a weekly manicure for $6.

Despite its classification by the UN as a “least developed country,” Cambodia has a lot to offer expats. Phnom Penh has a wealth of fantastic international restaurants, wine bars and a vibrant nightlife and live music scene. It has Western-style gyms and grocery stores that stock American, British and French brands—these days you can get nearly anything you could want, from chorizo to cocoa powder. There are definitely things I miss, like public transportation, but most problems have a uniquely Cambodian solution. For transport, for instance, I take tuk tuks, which get me anywhere in Phnom Penh for between $1 and $3.

The expatriate population in Phnom Penh is large—although Cambodia’s laxity about gathering statistics means no one is quite sure how large—and very diverse. Cambodia offers one of the most readily attainable long-stay visas in the world, with a year-long visa available to most nationalities for just under $300. The expat social scene is friendly and it’s easy to meet other foreigners who have made a home here. The biggest downside is that most expats in Cambodia tend to socialize only with each other and don’t have many local friends.

Cambodia is one of the easiest countries in the world to move to. Since I left the States, this is the third country I’ve relocated to, and although it’s the most “foreign” it was also the most painless one to settle in. The commitment level is low, apartment leases can be had for as little as three months’ rent with a month’s deposit, the visa is easy and anything you need can be found in Phnom Penh. For those thinking of coming, I would suggest not wasting any time.

When I compare my life now—wearing flip flops every day and doing work that I love—to my high-anxiety existence working at a corporate job, I can’t believe how lucky I am. I have so much more time to do the things that I enjoy, like traveling, cooking and reading, and the things that were so important before, like owning an expensive handbag or the latest gadget, now seem ridiculous. When I walked away from my old life to go traveling I was not sure exactly what I was looking for. But whatever it was, I found it in Phnom Penh.

18 Responses to Living the dream: Cambodia