Read: A Clash of Innocents by Sue Guiney

Posted on February 25, 2015 by Lina Goldberg
Get a quote for expat health insurance

This month, the Siem Reap Women’s Book Club is reading A Clash of Innocents by American author Sue Guiney. Somehow the book, which is about the lives of Cambodia expats, didn’t make it onto my radar when it was published in 2011. The book is about 60-year-old American expat Deborah Youngman, who runs the Khmer Home for Blessed Children, a home for 40 orphaned or abandoned children. One day, Amanda, an American backpacker with a mysterious past, shows up, and Deborah’s life goes topsy-turvy. 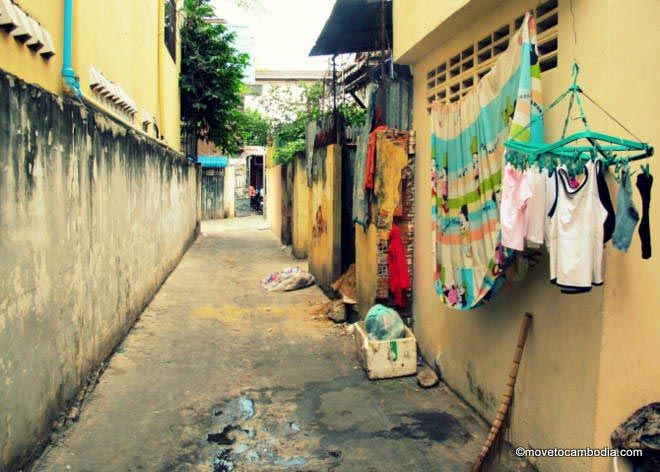 A Clash of Innocents takes place on Phnom Penh’s mean streets (and in a local orphanage).

A Clash of Innocents is a compelling read. I picked it up on Amazon (only $2.99!) and spent the rest of the day in bed reading it until there was nothing left to read. Guiney’s depiction of Cambodia is a loving one, she’s clearly fallen for Phnom Penh and it shows in her descriptions of the colors, the smells, and the oppressive heat during hot season.

However, there were some issues that I found difficult to get past. At one point early in the novel, Deborah seems to confess to buying some of the orphans from their families, when she says, “You know orphan can mean a lot of different things here. Some of my kids have living parents, even though those parents have given them up. Sometimes they’ve even taken money for them.”

By way of explanation she goes on to say “sometimes it’s me or the sex trade.” This month Childsafe is running a “Think Families” campaign that advocates keeping families together and not creating more “orphans” by putting children into orphanages. With that in the forefront of my mind, it was hard to like the characters in the book. Why pay a poverty-stricken family to take their child? Wouldn’t paying them to keep their child be a marginally better solution?

And perhaps this is the crux of the problem with A Clash of Innocents. The characters are not fleshed out enough to understand their seemingly selfish behavior: separating families, disappearing on children that have grown attached to the them, berating each other for not getting over events in their past that are materially worse than the events in their own past that they haven’t gotten over, and constantly trying to fix one another without first fixing themselves.

At its core, A Clash of Innocents is the story of profoundly damaged people trying to heal themselves by “saving” Cambodia’s children. It’s hard, though, in light of what we know about the effect that orphanages have on children, to not wonder if ultimately the arrangement benefits the troubled expats more than the children themselves.

For the above reasons, I found the book a frustrating but thought-provoking read. I expect a lively discussion at the book group! As one of the just a few novels about Cambodia expats, I would definitely recommend it to those looking to know more about what life as a Cambodia expat (or at least a certain type of expat) is like. And at just $2.99 on Amazon, it’s a good value read. A follow-up book was published a year ago, Out of the Ruins, which is also available on Amazon for $2.99.