Posted on November 23, 2017 by Lina Goldberg
Get a quote for expat health insurance

In this expat series about raising kids in Cambodia, we talk to parents about the finer points of child rearing in the Kingdom of Wonder. 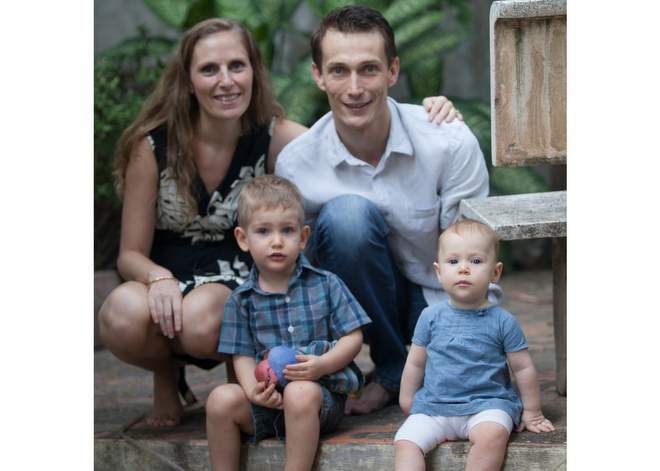 French expat Anaïs Pagès Peeters has been living in Phnom Penh for eight years, with her Belgian husband and their children, who are now five and three years old. Anaïs is a freelance writer and runs a small business called globe-crawlers.com, that sells locally made accessories for babies and toddlers on the go. Move to Cambodia first got the low-down from Anaïs on expat kids in Phnom Penh in 2015, but she’s recently updated  a few of her answers.

What’s the best part about raising kids in Cambodia?

I would have personally found it hard to leave my babies in a daycare, which would have been my only affordable choice in Europe. Here, knowing that my children are being taken care of by a loving and caring person in their own home environment, while still having some time to socialize with other children as well, is very reassuring.

Kids usually love to swim. It is swimming outside season pretty much every month of the year in Cambodia. The beach is only 3.5 hours away and is great for a weekend break.

Also, we have a really good social life! Our nanny doubles as a paid-by-the-hour baby-sitter when we need her outside her normal 9-6 shift. We usually go out twice a week, with friends over the weekend, and for a dinner date with my husband one night of the week. There are many really good restaurants in Phnom Penh, with cool new ones opening almost every month. A night out here is so cheap and so easy, so we’re really not depriving ourselves of that. Also, being part of an expat community means you usually have a sizable network of friends. People you probably wouldn’t have met if you had lived next door to them back home. I have some very strong friendships here and we’re really there for each other when things go wrong. It doesn’t replace family, but it’s quite similar.

There are more and more activities organized for babies and children. Your week can fill up pretty quickly taking them to these different places (baby groups, music classes for babies and toddlers, dancing, swimming, etc.) 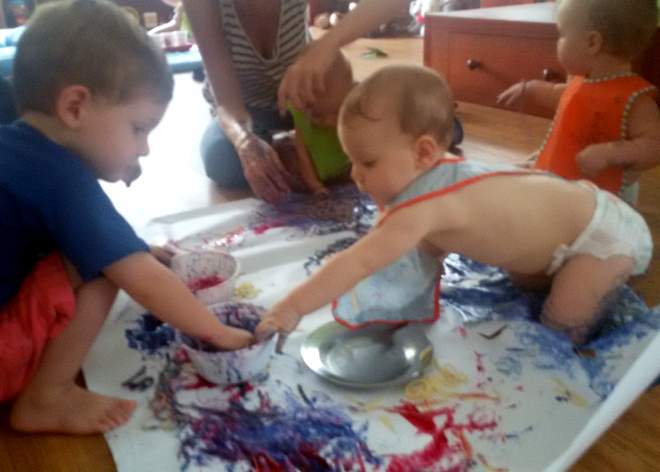 There are more and more playgroups for babies and kids in Phnom Penh.

What’s the worst part about raising kids in Phnom Penh?

When you have a small baby, you can’t just take him in the carrier or put him in his stroller and go for a walk or grocery shopping. There is no walking over here (no sidewalk, sweltering heat). If you’re lucky you may have a driver and a car but the rest of us have to rely on (unreliable) tuk tuks, who ask for extortionate fares when you start comparing with, for example, the salary of your nanny who has important skills and responsibilities. Tuk tuks have the same inconveniences of a car (they get stuck in traffic) and of a motorbike (you are hot, breathe in dust and the exhaust fumes…) all in one without any of its advantages.

Schools are pretty expensive whereas back home it would be free. Also, is very hard to find an affordable house with a small garden unless you decide to live in Tuol Kork, Boeung Tumpun or other areas away from the center. Which is a shame because children love to run and play outside.

What are your favorite activities for kids in Phnom Penh?

Going to walk in front on the Royal Palace on a Sunday evening with my baby in her stroller and my toddler on his balance bike. One of the only place in town where we can have a short stroll.

If you could give one piece of advice to new expat parents in Phnom Penh, what would it be?

The poor health care system. I have recently found a great pediatrician, which is very reassuring. But I always worry that if something bad happens to my kids, I wouldn’t even really know where to go. I don’t even completely trust the two clinics (SOS and Royal Rattanak) that are considered to have standards closest to Western ones. Another worry is HOW to get to these places. There is no ambulance service and the few private ones that some hospitals have are always stuck in Phnom Penh’s terrible traffic. No one budges to let them go!

What has changed since your blog post in two years ago? Has your perspective on expat parenting changed?

It has changed a lot since I moved to BKK1, because it has made my life easier. Traffic and the extreme heat used to really get to me, so it so much easier to ne just a walking distance from shops and a biking distance to school and work.

I also don’t have babies anymore, there are slightly more things to do when you have preschoolers (school obviously, but also after-school activities, play-dates where you can drop your kids off etc) and I don’t have to sweat with a baby in a carrier or go crazy trying to push a stroller on non-existent sidewalks.

One Response to Expat Kid Q&A: Ups and downs of parenting in Phnom Penh