Posted on November 25, 2013 by Lina Goldberg
Get a quote for expat health insurance

In this series we talk to Cambodia expats about what they know now that they wish they had known before they moved to Cambodia. This week we talk with expat Paul Harper. 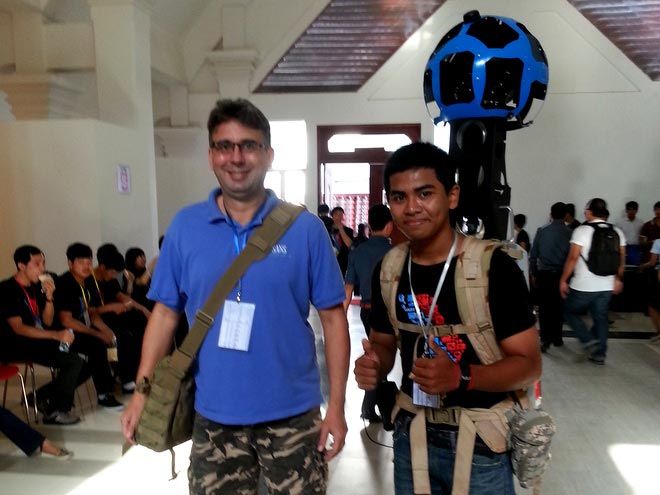 Paul moved to Cambodia in 2007. Born in Australia to English parents, he was raised in Canada and has lived and worked all over the world. He’s been an Information Security Officer with the United Nations, a Queensland Correctional Officer, a New South Wales Police Special Constable and a British Territorial Army Paratrooper. He describes himself as a “free software enthusiast and aging punk rocker” (you should see his air guitar!)

MTC: Paul, what do you know now that you wish you had known before you moved to Cambodia?

Oddly, not much. That may sound cocky, but it comes partly from my previous job and travel. I first came to Cambodia in 2007 to spend three months helping the start up of the UNAKRT (United Nations Assistance to the Khmer Rouge Trials). Before that I worked as a UN Security Officer in The Hague, Bosnia-Herzegovina and Sudan. I had also traveled independently to Thailand in 1986 for four months so had a fair idea of Asian travel.

When I travel to another country (even on holiday) which the UN dramatically calls “going on mission,” I do an area study of the country which includes finding books in the library on the history and politics, looking at the US, UK, Australian and Canadian travel security advisories, the major guidebooks like Fodor’s, Rough Guide or Lonely Planet, expatriate forums for that country and checking Move to Cambodia book did not exist at that time but it would have certainly been something I would have bought at the time.

The other advantage I had was that I already had colleagues who were working in Cambodia who could answer my questions. So even before I had arrived I had a fair idea of how much a tuk tuk to the city would cost and to keep an eye on my bags. I also knew not to do dumb things like an Australian tourist who left their iPad on the seat of the tuk tuk at the red light because it wasn’t going to be there when the light turned green.

Even though I have been here since 2007, I continue to learn new things about Cambodia. I keep an eye  on the Leng Pleng website to see what bands are playing. The Kunnooh site is good for art events. The Lady Penh site has all kinds of activities from movies to chess to yoga. People who say there is nothing to do in Phnom Penh except drinking are not trying too hard.

One of my big surprises here was discovering Phnom Penh’s geek or nerd community. There are regular Barcamps in Cambodia which are some of the largest in the world. There is an active Google Developer Group in Phnom Penh. As I write this the second Startup Weekend is happening in Phnom Penh. For foreigners a good way to join the community would be to get in contact with the people at coLAB during the monthly meeting on the first Tuesday of each month.

Actually, there is one thing I wish I had known before I came here. I wish I knew I was going to marry a beautiful Cambodian lady named Somaly Mean within three months of arriving. If I had known I would have studied up on the meaning of customs during the Cambodian wedding ceremony. I would also have spent a year doing yoga to prepare my old knees for the ceremony!

The views expressed are Paul’s,  and do not reflect the views of any other organization or employer.