Expat Q&A: Knowing less and less about more and more

Posted on January 29, 2013 by Lina Goldberg
Get a quote for expat health insurance

This week we hear from a relatively new expat, American Kelly Snook-Fehr, who has been living in Phnom Penh for five months. She originally came to Cambodia to volunteer and decided to extend her stay. She’s now teaching kindergarten in Toul Kork. 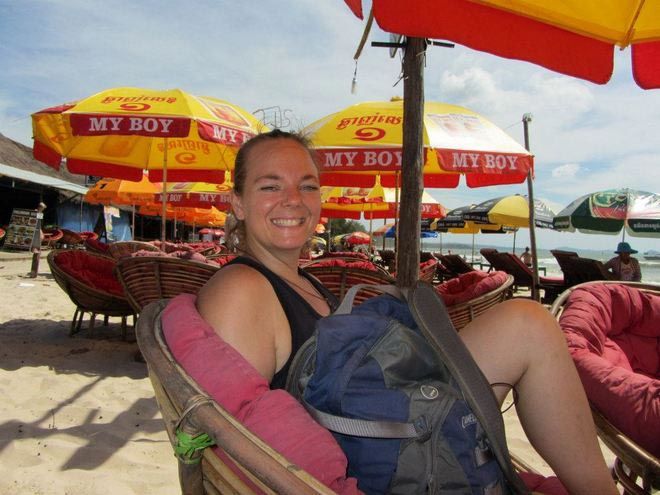 MTC: Kelly, what do you know now that you wish you had known when you first moved to Cambodia?

KSF: “First off, I wish I known how much I was going to love it here, because then I would have packed to move instead of packing for a holiday. I wish I know I was going to need my “going out” clothes as well as trekking and lounging clothes. There are too many social events that I have been way under dressed for and the markets can be touch and go with sizes and styles. Also, shoes larger than size 8 are hard to find; I miss my heels.

I wish I had been less shy about making Khmer friends just because my Khmer is shit. They are some of the best friends you can have, even with a language barrier. And if you are ever stuck out late at night, or just in some unknown district it is good have someone to call for help. I wish I had been less intimidated by their open, friendly ways, like inviting me to their weddings when I barely know them. I wish I had know that when they do invite you to a wedding (which is an all day affair) you really only have to go the evening portion, that’s the party. But if you really want to see the ceremony in the morning be prepared to be the only white person there, and don’t arrive at 6 a.m. no matter what they tell you! Get there about 8 or 9 a.m., eat the food, hang out in the back and count the outfits.

I wish I had known not to panic about making friends in Cambodia, there are tons of social events to meet people at and most expats are looking for people to hang out with as well, eventually you will find your niche. I wish I had joined a running or some sort of sport club sooner after arriving to keep in shape, and be more social. On that note, don’t get upset when everyone calls you big, chances are they just mean “you look like you did not go without food for five years,” if they are actually calling you fat then they are just jerks (you know who you are Russian market sales ladies). I wish I had immediately started to ride a push bike it saves so much money, and is a great way to learn your way around the city. But buy a helmet!

I wish I had known to always have a map with Khmer as well as English, and a flashlight handy. Getting lost happens in a new city, many of the moto drivers and tuk tuks do not know street numbers or names (and many are illiterate, but just in case have a Khmer map) so if you have a map with you it’ll be easier to figure out where you are headed. Electricity and outside lighting are not guaranteed so carry a flashlight at night, the roads here are uneven and sometimes there are unmarked holes that you can fall into if you are not careful, on a bike or too drunk.

I wish I had known getting ripped off is all in how you handle it; it will happen no matter where you live, so just find a coping skill. I wish I had known that despite the proximity to my work, Toul Kork is too far away from everything to be a decent place to live. Also, I wish I had opted for roommates instead of living by myself; it makes it easier to meet people.

I wish I hadn’t been so intimidated by the markets, and had haggled more. I wish I had started by asking my Khmer friends about appropriate prices and using that as a base. And I wish had known just because prices change does not mean you are getting ripped off, sometimes the market value fluctuates 1,000 reil or so.

I wish I had researched the down side of “voluntourism” in Cambodia, and learned how harmful it can be and what volunteer work that I can help with since I am here. I wish I had understood (and wish to understand) more about how the governments corruption affects the people, particularly in the provinces. Oh and I wish I had saved up and bought decent expat insurance, instead of travel insurance.

Being here has been like knowing less and less about more and more.”