Expat Q&A: Medical care and having hernia surgery in Cambodia

Posted on January 21, 2013 by Lina Goldberg
Get a quote for expat health insurance

This week we talk to Bruce Douglas. Bruce initially came to Cambodia to conduct research for his master’s degree on post-1979 Khmer Rouge diplomatic relations. Because his consulting firm allowed him to work remotely, he moved to Cambodia permanently in 2010. 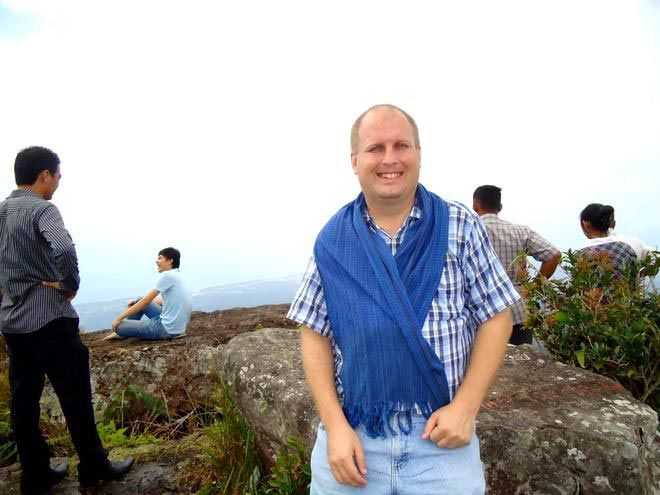 MTC: Bruce, what do you know now that you wish you had known when you first moved to Cambodia?

BD: “I wish I had researched medical insurance options in Cambodia better and then not procrastinated about obtaining new insurance. My coverage through my US-based job did not transfer once Cambodia became my official address. There were lots of things I did wrong in general. I’ll share my experience about having hernia surgery here in Cambodia because it runs the gamut in terms of positive and negative. I had to pay for it all myself and to top everything else off, my company closed my business unit so my income dropped to zero.

Initially, I went to the Bumrungrad or another Bangkok hospital. I was advised that the test to determine for sure wasn’t worth the cost because they would just do it again in Thailand. Then, I talked to a couple of other expats who had done the surgery at Calmette Hospital here in Phnom Penh. They had received good care and the cost was low. I went there.

After an examination, the admitting physician told me I did not have a hernia and, in a first for me, he had the nurse tear up my forms so I was never even charged for the consultation. Since I was pretty sure there was something going on, I was finally referred to a small expat-run clinic. I sat down with the administrator and said I am just looking for advice, I didn’t know what to do. She asked why I had not gotten a test done and that it was only $12. Really? So, off I go to a maternity clinic for an ultrasound. The first thing the doctor said to me is “You know you have a hernia, right?”

Once confirmed, I got a referral to a local clinic that had also done hernia operations for expats around my age. My initial examination lasted 2 hours and included a thorough check, physical and blood work. At this point, I had to make a really hard decision. The total cost inclusive of 3 nights in the clinic was $1,200 as opposed to $8,000 in Thailand or $50K+ in the US. Was I playing with my life? What about all of these warnings about Cambodian medical care?

I would wipe out my savings going to Thailand and not have any income since my job was gone. I cast my lot with fate and went with the Cambodian option. I liked the doctors and had (I think) amused the staff when I tried to bargain with the business manager in Khmer from $1,200 to $200 and then told her my top price was $300. I knew it wasn’t something I could bargain over, but when I checked in for the surgery the staff knew who I was and were laughing that I was that crazy barang who tried to bargain.

I had to walk upstairs to the operating room. I was skeptical–it wasn’t dirty, but it wasn’t the pristine experience one might wish. I won’t go into all of the details, but the background “muzac” was excellent, at one point playing I Left My Heart in San Francisco….since I had lived there and was considering the likelihood of dying on the operating table, it seemed appropriate! The main surgeon came in and they got down to business. They did not want to put me completely under, so that was the main painful part. I now know what my sister went through with her epidurals.

The staff was incredibly comforting and would speak to me, touch my foot, arm, hand, etc. when they thought something was going to be uncomfortable. They would also lean on me when the doctor wanted to show them something specific he was doing. At one point he said something about being #1. In my very basic Khmer, I said I hoped he was saying he was the #1 doctor in Cambodia. Up to that point, he had only heard me speak English. The room went kind of quiet until he erupted in laughter, then everyone else did too.

Two final points, there was no elevator back to my level. I am not a small person. It looked they hired guys off the street to get me onto the gurney and then literally carry me (flat) down the stairs. The first night was incredibly painful and I begged for more medication. They would only give me enough to take the edge off. I said, you know I can send my friend to the pharmacy to just buy the medication. The response was, yet we know, but this is your second hernia and we want you to feel the pain so you will not do it again! Bravo for them!

After that first night, the pain kept diminishing and I was very mobile. The staff was very worried that I had no family to take care of me, but then one of the doctors said the surgeon had warned him that barangs were different and that they shouldn’t worry about it. It’s not a judgment, just a cultural difference. If you have family here, they are going to do everything help keep you comfortable. Most of us do not, so we get up and go to the bathroom without assistance and pour our own water, etc.

I was checked on constantly and I think my choice of food was a matter of some discussion…they did say no dietary restrictions. The stitches were honestly far superior to what I received in my first operation in the States. That surgery had also been outpatient. The kindness and concern of the people even in changing bandages, etc. was evident. They were always ready to answer my questions.

If I had it to do over again, I would still go the Cambodian route. Clearly, not for everything, but research, talk to people and most especially make sure you have the right insurance so you do have options. I have mine now through Infinity Insurance.”

Bruce is currently looking for a job in operations management in the private sector or with an NGO. If you know of anything, please contact him via email.

2 Responses to Expat Q&A: Medical care and having hernia surgery in Cambodia