Posted on December 4, 2014 by Steven Halcrow
Get a quote for expat health insurance

This is the first of five posts from Steven of Siem Reap Food Tours, who has worked in the Cuisine Wat Damnak kitchen, describing some of the techniques and flavor combinations that Chef Joannès Rivière uses to such brilliant effect. Chef Rivière has graciously supplied some simple recipes and cooking tips for you to try at home. 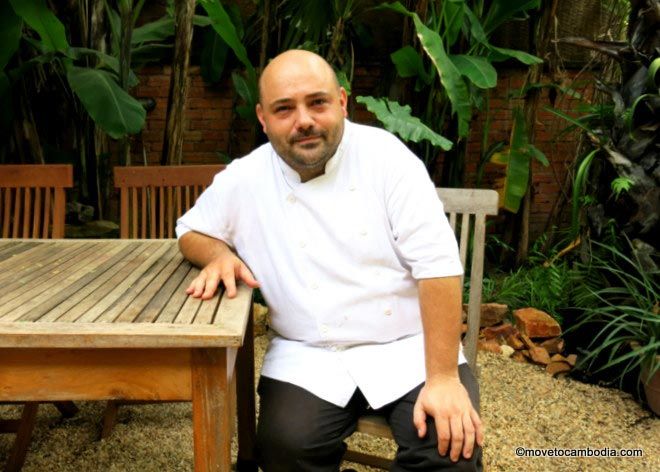 Cuisine Wat Damnak, simple in its concept, presents traditional Cambodian recipes and flavors in a contemporary fashion. Chef Joannès Rivière’s honest and stylish approach has inspired many attempts to emulate him, but no one else seems able to capture the warmth created by the French-born chef’s high regard for Cambodian culture and by the high quality of the ingredients he uses.

One of his sources of inspiration is Le Guide Culinaire Cambodgien (translated as The Cambodian Cookbook), a record of classic Khmer cuisine compiled in the 1960s by the sister of then King of Cambodia Norodom Sihanouk. The princess who put this cookbook together was passionate about Cambodian food, and her book documents the state of the country’s cuisine prior to the devastation of the Khmer Rouge period.

A recipe that Chef Rivière derived from the princess’s tome is a first-course salad of fresh prawns, crunchy lotus root and sweet rambutans. The chef says, “If the lotus root does not appeal to you, then you can substitute some seasonal tropical fruits.” 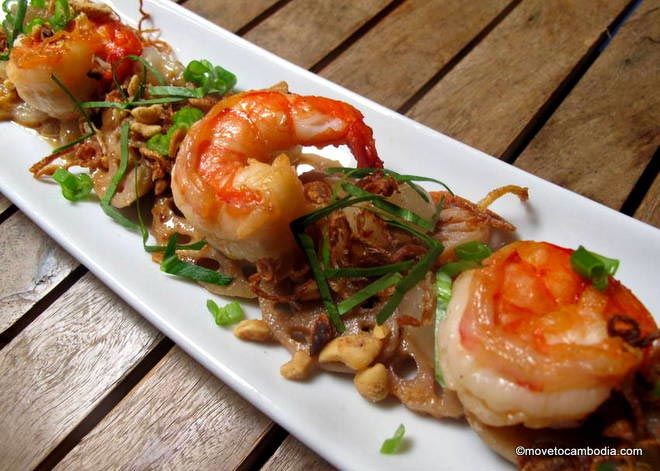 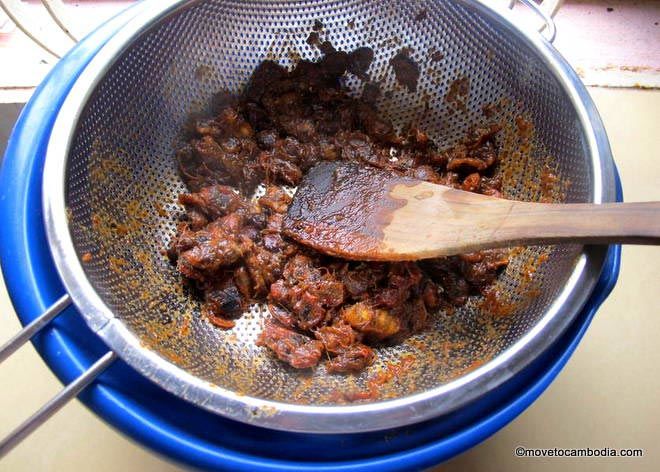 Use a colander to make the tamarind paste for the tuek prahem dressing. 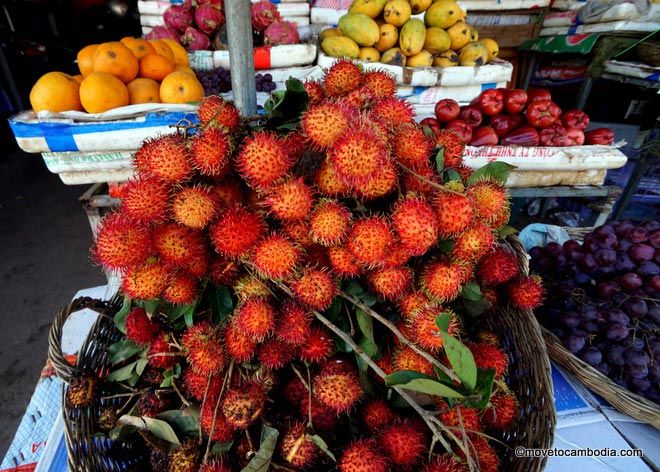 Not all rambutans in Cambodia are created equal.

The tuek prahem dressing is a very popular condiment in Cambodia and you will find it on the table in most restaurants and households. It is rich and sweet in flavor, so Rivière advises not to overdo it when dressing the salad, as you do not want to suffocate the flavors of the other ingredients.If you would prefer your version of tuek prahem to be more nutty, add more peanuts. If you want it to be sweeter, add more palm sugar. If you’d like it thinner, add a bit more water.

Long parsley is originally from South America; it is called culantro in Spanish. In Cambodia, it is primarily used as a cheap substitute for coriander, during the parts of the year that it is too hot to grow coriander. Flat-leaf (Italian) parsley can be substituted.

Bear in mind that Cambodian lotus roots are much smaller in diameter compared to their Chinese or Vietnamese counterparts, usually a maximum of 4 cm. They are also much tougher, and that is why they need to cook for so long.

Some rambutans are native to Cambodia and are smaller than the more common, larger variety. Either are good to use in this dish, but the locally grown ones have a slightly sweeter taste.

The palm sugar used in this recipe is the gooey stuff available at the market. It is a staple in every Cambodian kitchen and it caramelizes far more easily than the powdered kind. 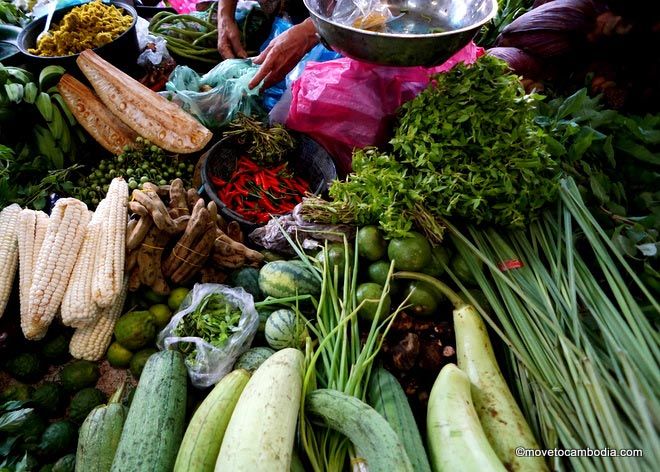 Cambodian cooking is not an exact science; do it enough and you’ll learn to trust your instincts.

Use the ingredients sensibly and taste as you go. Lots of sugar will obviously make a dish too sweet, while not enough fish sauce may leave the dish bland and underseasoned.