Posted on February 27, 2015 by Steven Halcrow
Get a quote for expat health insurance

This is the fourth of five posts from Steven, who spent time working in the Cuisine Wat Damnak kitchen, covering a five-course menu and describing some of the techniques and flavor combinations that Chef Joannès Rivière uses to such brilliant effect. Chef Rivière’s recipes have inspired a legion of chefs in Cambodia, both local and foreign. He has graciously supplied some simple recipes and cooking tips to inspire your kitchen, too. 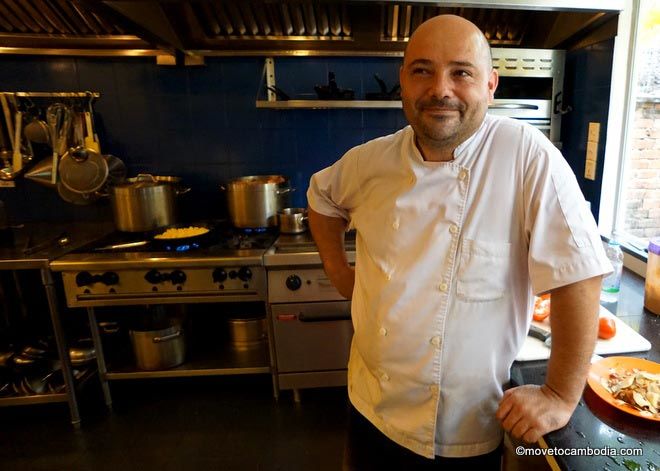 Beef Saraman curry is one of our favorite dishes at Cuisine Wat Damnak. This version, with pumpkin, is especially delicious. This recipe comes from the Cham people, an Islamic ethnic community in Cambodia. Although the Cham maintain their Cambodian identity, they are a distinct group within the country and most observe Islamic religious practices. This includes not eating pork, and for this reason beef features heavily in Cham cuisine. Most beef sellers at the markets are female Chams, identifiable by their headscarves.

Any cut of beef can be used, but Chef Rivière advises choosing a joint that requires slow cooking, such as a cheek or shank. The slow cooking will yield not only tender meat but a rich broth that is the basis for the saraman sauce. Pumpkin is the best vegetable to include in this dish, but some greens could also be served as an accompaniment, along with a bowl of rice. 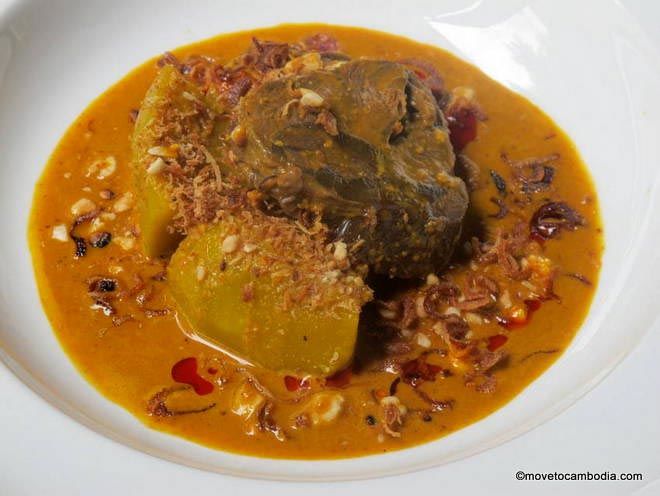 The finished product (as taken by a chef, not a photographer unfortunately). 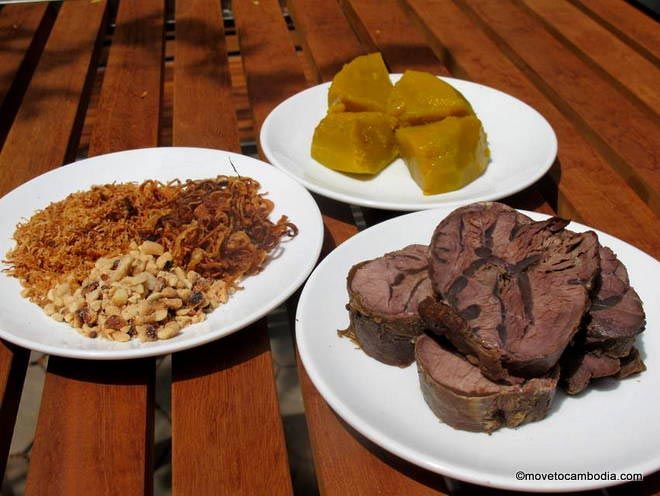 Assembling the ingredients for beef saramen curry with pumpkin. 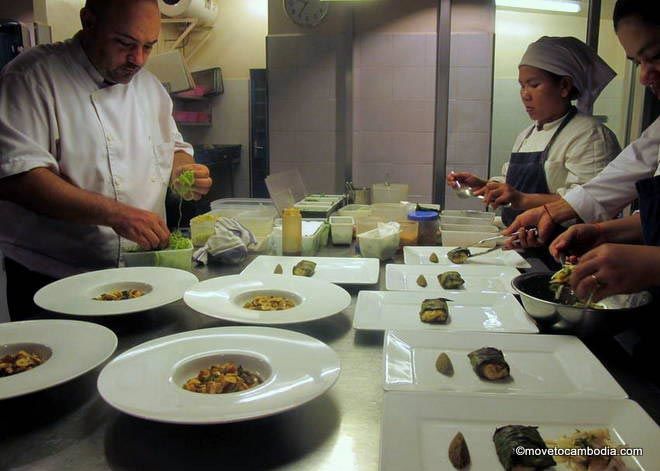 Assembling a masterpiece during service at Cuisine Wat Damnak.

Beef in Cambodia is notoriously inconsistent and sometimes it can take longer to cook. If you are planning on preparing this dish, then it is advisable to cook the beef the day before to allow for additional cooking time if needed. After cooking, the meat should be properly chilled in order to slice it properly.

Cassia bark is widely available in Cambodia, but cinnamon does the same job.

The dried chili paste can be bought ready made from the market. To make your own,  soak dried chilies in water, squeeze them dry, and puree in a food processor. If the puree is too dry, add water until it is the right consistency.

The exact composition of curry paste in Cambodia is, as with many Cambodian recipes, up to the person who is making it, so the amounts you use of each ingredient can vary according to your taste. As a general rule of thumb, though, Chef Rivière advises using about a quarter as much turmeric as galangal, and roughly one kaffir lime for every 300-400 grams of galangal. Lemongrass, the other main ingredient, can be bought ready sliced at the market; 3 large handfuls of sliced lemongrass to every large galangal root should give a nice balanced paste. However, you can change the proportions until you find the combination that you most prefer.

About the debate to use shrimp paste or prahok: “It really depends on who you talk to. People say that shrimp paste is not Cambodian, but there’s an island near Koh Kong called Koh Kapi, shrimp paste island. When I was shown the recipe by an older Khmer Muslim woman, she used shrimp paste. I don’t use kapi personally, because I like the taste of prahok. I think at the end of the day it’s a matter of personal taste.” 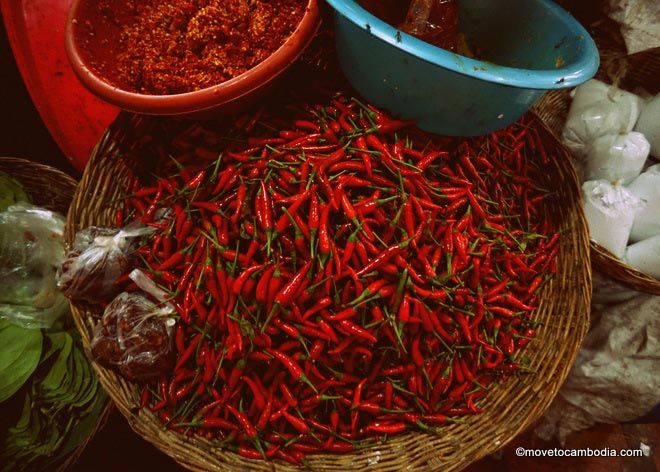