Posted on February 6, 2015 by Steven Halcrow
Get a quote for expat health insurance

This is the third of five posts from Steven, who spent time working in the Cuisine Wat Damnak kitchen, covering a five-course menu and describing some of the techniques and flavor combinations that Chef Joannès Rivière uses to such brilliant effect. Chef Rivière’s recipes have inspired a legion of chefs in Cambodia, both local and foreign. He has graciously supplied some simple recipes and cooking tips to inspire your kitchen, too. 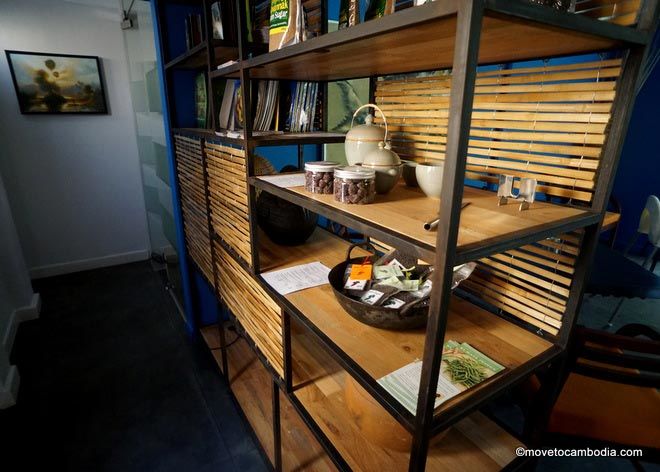 Soup plays a major part in Cambodian food culture and is featured on every menu at Cuisine Wat Damnak. A large pot of goodness that the whole family can enjoy together reflects the collective element of Khmer society.

This week Chef Joannès Rivière shares his recipe for a soup of pork ribs and squid, both dried and fresh, that also uses baby ginger (if you can get it) and purple potatoes. One great advantage of living in Cambodia is that much of the meat here is organically fed and free range, and that certainly includes pork. Here the pork ribs are used to make the soup stock as well as appearing in the finished dish. 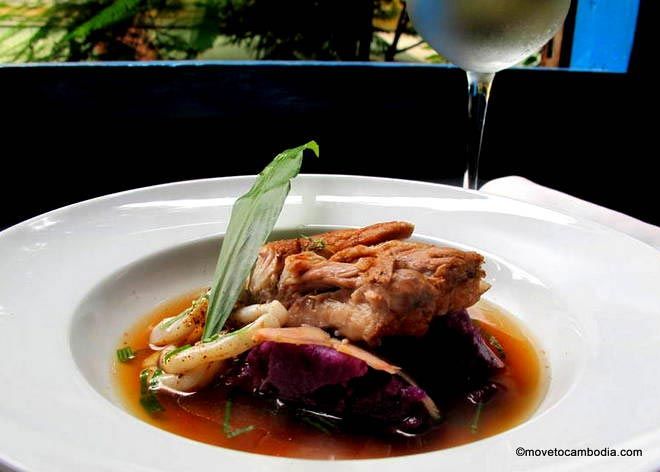 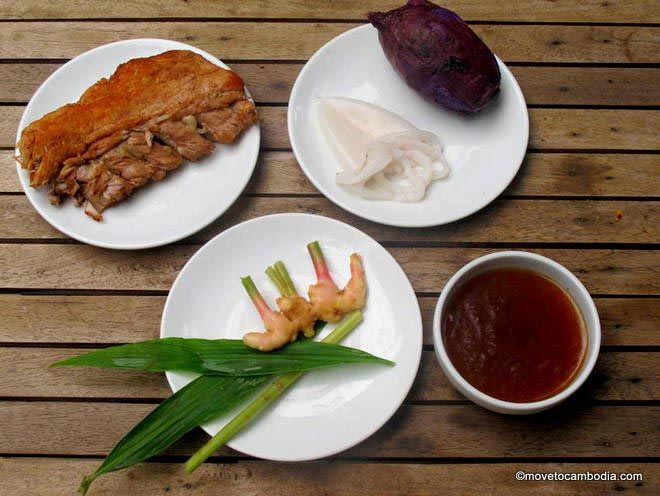 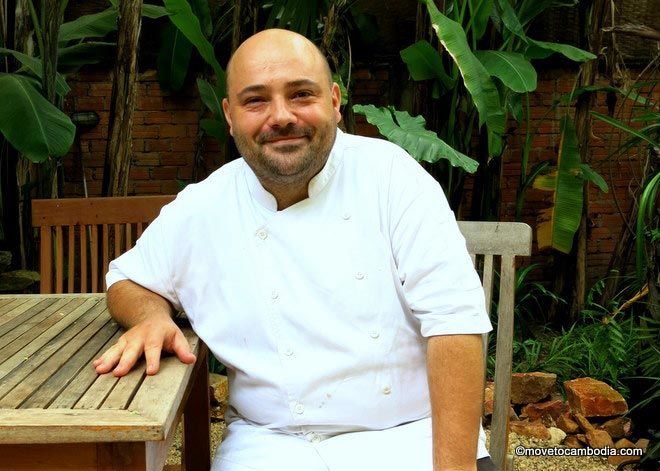 Dried squid is a very good natural source of MSG. Don’t use too big a piece, however, advises Chef Rivière, or the broth will be too strong. The aim is to add a bit of body to the soup, he says, not overwhelm it.

Purple sweet potatoes are a tricky vegetable to cook, the chef warns, as they are prone to falling apart if even slightly overcooked. The best option is to peel them and steam them whole. If you don’t have a steamer, you can cut them into wedges and boil them until only partly cooked. Then oil a tray, spread the potato wedges on it, and place in a 250 C oven. Turn them after 15 minutes. They should be done in about half an hour, but check with a fork to make sure.

Baby ginger has a long green stem and long green leaves. The flavor is quite strong, which is why Chef Rivière advises blanching it briefly in the soup, as this will take the sting out of it. Baby ginger is not always available; if you can’t find it, you can use julienned ginger and some sliced spring onions.