Posted on December 12, 2014 by Steven Halcrow
Get a quote for expat health insurance

This is the second of five posts from Steven, who spent time working in the Cuisine Wat Damnak kitchen, covering a five-course menu and describing some of the techniques and flavor combinations that Chef Joannès Rivière uses to such brilliant effect. Chef Rivière’s recipes have inspired a legion of chefs in Cambodia, both local and foreign. He has graciously supplied some simple recipes and cooking tips to inspire your kitchen, too. 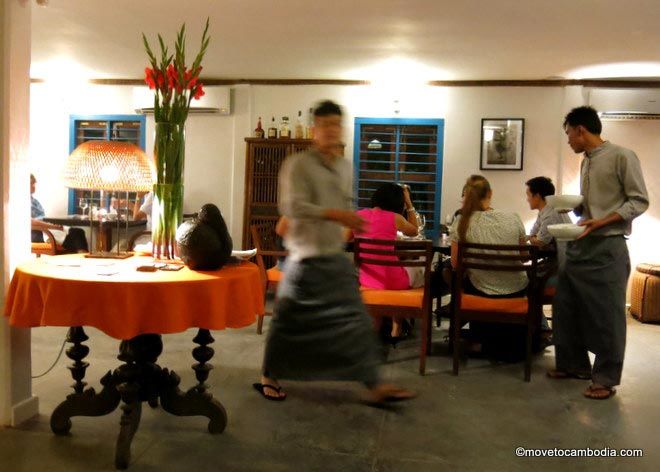 Prahok is a very traditional Cambodian dish whose basic ingredient is a fermented paste of salted freshwater fish. Its strong flavor is balanced with the addition of minced pork, shallots, palm sugar, and coconut, creating a unique and delicious dip that’s typically served with fresh local fruits and vegetables.

Although foreigners often shy away from prahok-based dishes, prahok ktis offers a more palatable way to eat the strongly-flavored ingredient, and Chef Rivière’s version is more refined than what you’ll find at the average mom-and-pop restaurant. The recipe requires a large cooking pot and will make enough that you can eat some now and keep the rest in the fridge for a few days–very handy if you fancy a snack, or you can serve it as part of a larger meal.

The ratio of prahok to pork is important. The chef advises 150 grams of prahok for every kilo of pork. “More prahok will make it very pungent,” he explains, “and too little will mean you will not achieve the correct flavor.” So if you’re making a smaller or larger batch of prahok, alter the amounts to maintain that ratio. 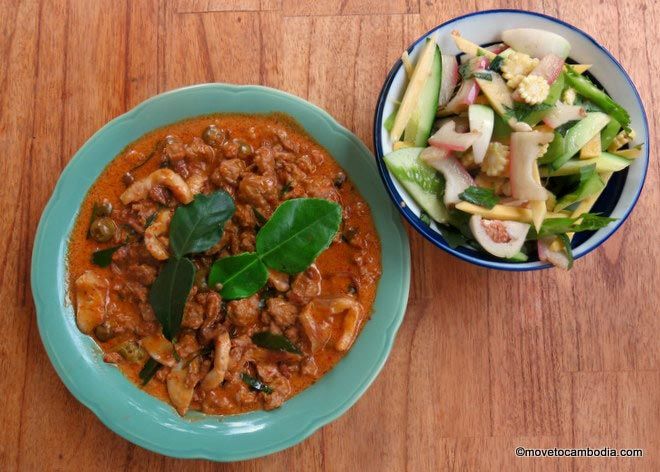 Chop the prahok and use the side of the cleaver to flatten it out until it is finely minced. 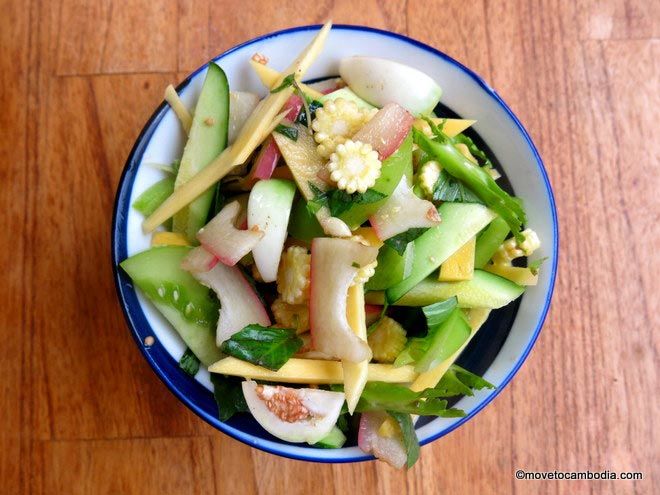 Choose vegetables that are firm and crunchy. Sour and tangy fruits bring an added dimension to the dish.

When buying prahok, the chef advises that you make sure to ask for “trey rhoy.” Prahok trey rhoy is more expensive and is prepared in smaller batches, which allows the process of fermentation to be more accurately controlled. By contrast, regular prahok is prepared with smaller and cheaper fish and in much larger quantities, which makes careful preparation and proper hygiene procedures more difficult to maintain.

To make pork stock, why not buy a rack of ribs, sear them, and then slow cook them in water for 3 hours until tender? Strain and you have pork stock, as well as some tasty ribs to fill out your dinner menu.

If you are not confident about filleting a whole fish, ask the market seller to do it for you.

For the crudites, Chef Rivière suggests choosing fruits and vegetables that are firm and crunchy. He notes that a slightly sour or tangy taste is also good, as it cuts through the richness of the prahok. Some good choices are: green tomatoes, cucumber, star fruit, sparrow eggplant, banana shoots (after cutting place in water and lemon juice until ready to serve), green mango, rose apple, thai basil, laksa leaves, or other aromatic herbs. 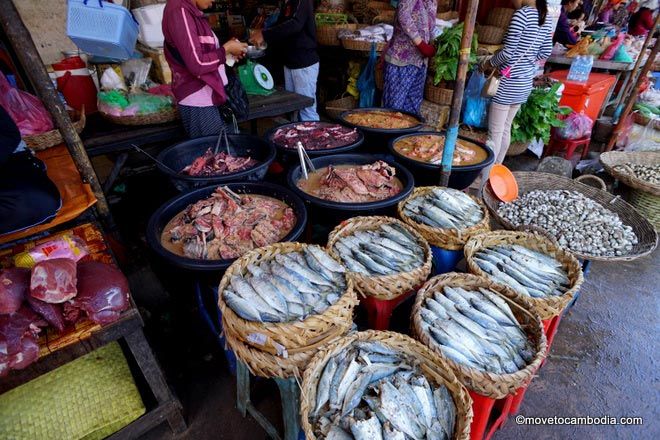 The more you cook Cambodian food, the more accustomed you will get to the flavors and ingredients.