Posted on November 1, 2013 by Lina Goldberg
Get a quote for expat health insurance

There’s a heated debate in townabout which is the best Mexican restaurant in Phnom Penh. These days, there are new ones being added on what feels like a daily basis, and I’ve given up on attempting to try them all. So while I’m not longer willing to declare what Phnom Penh’s best Mexican restaurant is, I’m going to review the opening of a new branch of one of my favorites, La Cita. 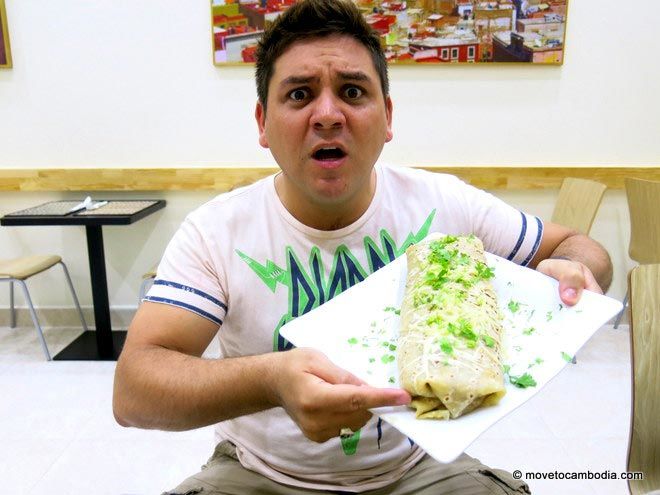 If this is a medium-sized burrito at La Cita, imagine the large.

La Cita offers one of the most comprehensive Mexican menus in town. The place is run by chef Richard Rojas, who offers select dishes from his native Chile, such as chacarero, a tasty sandwich made with thinly sliced grilled meats and a variety of other toppings. But it’s his Mexican food that gets my business. Rojas spent three years working in Mexico, and while his dishes aren’t 100% traditional, they are entirely delicious.

The standouts are his slow-cooked meats. From the steak barbacoas to mouth-watering chicken to the cooked-for-8-hours pork carnitas, it’s clear that Rojas doesn’t just have a passion for Latin American food, but is a skilled chef to boot. 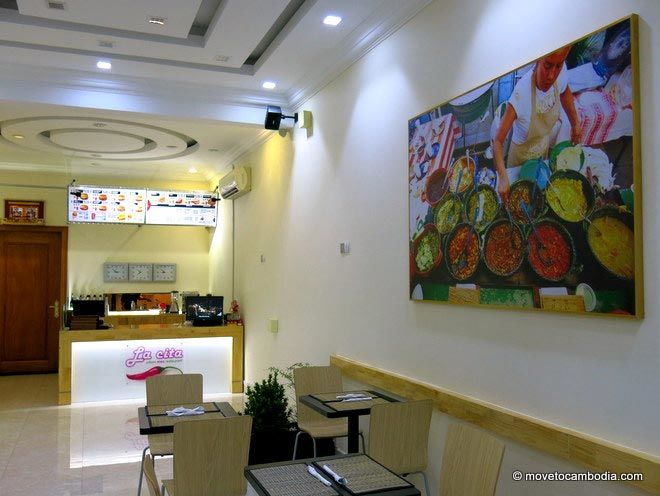 The slick new interior of the riverside branch of La Cita Urban Mex.

The menu can be difficult to understand and has a lot of options (although still much simpler than in years past), but Rojas is usually at the riverside outlet and can guide you through ordering. One misstep, though, can result in burritos the size of newborn babies (stick to the small size if you’ve got a normal appetite). I’ve given up on ordering anything but the soft tacos or the massive, satisfying burritos. They come with beans, pico de gallo, rice and either sour cream or cheese, but I’d recommend paying the small fee extra and going for rice and cheese. You only live once, after all. Each also comes with an additional salsa, all of which are massively good and of varying degrees of spiciness.

The only downside of both of La Cita’s branches is that Rojas struggles with finding good waitstaff. That said, he’s usually on hand at the riverside restaurant preparing the food himself and overseeing the ordering and one can assume that his staff should be up to speed eventually.