Posted on January 3, 2014 by Lina Goldberg
Get a quote for expat health insurance

Brits and Anglophiles are sure to rejoice when they hear the news that Waitrose products having been appearing on the shelves of Lucky supermarkets in Cambodia. The UK grocer is known for their high-end and expensive groceries (think Whole Foods) but also offer a more affordable line of Waitrose-branded items. Their store-branded line as well as the Cooks’ Ingredients and Prince Charles’ own Duchy Originals are being carried in Cambodia. 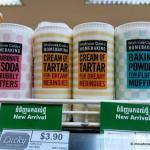 Waitrose brand baking supplies with the silly names that Waitrose is known for. 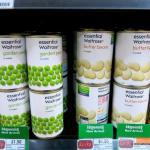 And canned peas, but none of the bizarre British mushy variety. 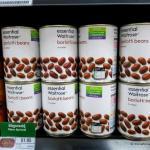 Not realizing that Asia is already full of tea, Waitrose decides to re-import their own collection. 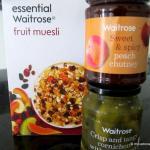 And here’s what I took home: museli, chutney and pickles.

Products spotted have included an extensive collection of dried and canned beans and legumes–including several that were previously unavailable in the Kingdom of Wonder–honey, mayonnaise, salad dressing, cereal and muesli, tea, sauces, marmalade, lemon and orange curd, chutneys, jams and jellies, baking ingredients including the long awaited baking powder and cream of tarter, dried soups, capers, peppercorns and pickles. Prices are marginally higher than they cost in the UK, but are still quite reasonable ($1.95) for a can of imported beans. I’ve heard reports that some items are actually cheaper than in the UK, but was unable to confirm. Honestly, it all seems too good to be true. I would suggest buying as much as possible as quickly as possible, both to encourage Lucky to buy and stock even more products and as a hedge against the possibility that this is a one-time shipment.