Koh Ta Kiev, an artsy island paradise with jungle treehouses and endless beaches, has long been one of the Kingdom’s best-kept secrets. While word of this tropical haven is starting to spread, those who make the journey across the turquoise waters from Sihanoukville will still be able to enjoy the soft white sands and relaxing vibes of Cambodia’s real-life Robinson Crusoe island. 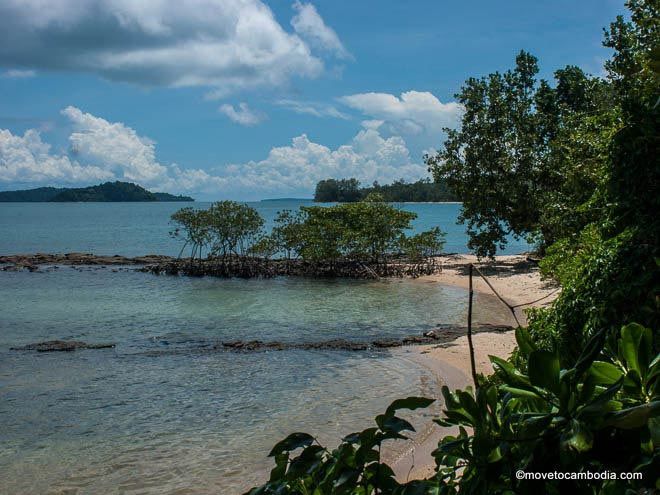 Rustic Koh Ta Kiev is the perfect spot to get away from it all.

Reminiscent of Thai islands of decades gone by, Koh Ta Kiev is home to a handful of rustic eco-resorts with no hot water, air-conditioning, or internet. While ever more five-star hotels are popping up on nearby islands, Koh Ta Kiev’s quiet shores offer a unique tropical island experience at an affordable price.

The island, just a stone’s throw from the mainland in Ream National Park and close to the backpacker oasis of Otres Beach, is part of an ancient volcanic archipelago and has a long and varied history. Like many of the Cambodian islands, Koh Ta Kiev is named after a person — the literal translation is “Grandfather Kiev’s island,” but during the French colonial period it was known by the more generic “Ile de la Baie” (Bay Island).

Rumors of vast troves of buried treasure left by pirates haven’t panned out (yet). But the island’s long history hasn’t always been so romantic. The ownership of Koh Ta Kiev was long disputed, with Vietnam contesting Cambodia’s claim to the island, which the Vietnamese call ‘Baie,’ using the island’s French-colonial name. According to local legend, during the Vietnam War the island’s villagers were trapped on the island for decades, forced to live off the land and sea to survive. 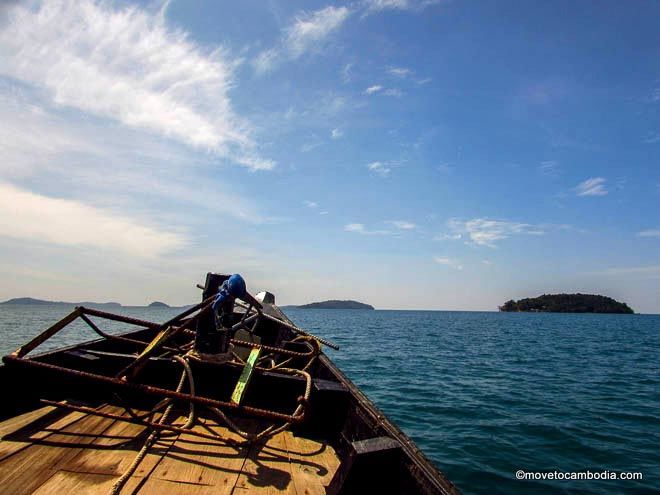 It wasn’t until pop star Sinn Sisamouth released a song whose title roughly translates as “Koh Ta Kiev: My First Love” that most Cambodians became aware of the island. Perhaps because of the island’s new-found renown, its people faced further hardship when Koh Ta Kiev became a key holdout position during Pol Pot’s reign as the Khmer Rouge sought to establish territorial claim over the island. It wasn’t until some time later in the 1980s that the Cambodian military finally retook control of Koh Ta Kiev, and today the island remains under the jurisdiction of the Cambodian Navy.

While the specifics of the island’s history are sparse, those who look hard enough can still catch glimpses into the past. Those who trek into the interior might stumble upon the remains of a Khmer Rouge-era runway in the middle of the island. Or, visit the traditional fishing village on stilts at the northwest end of the island, and check out the old wells and ancient pots from the island’s oldest-known village at Crusoe Island, one of Koh Ta Kiev’s accommodation options.

Tourism is a recent development in the evolution of the island. Initially just a destination for day-trippers coming from Serendipity for sunbathing and snorkeling, the island gained its first tourist-serving business when an entrepreneurial backpacker, under the name Jonty’s Jungle Camp, began renting out hammocks in the jungle to some of the more intrepid visitors. Lured by rumors of this remote jungle camp, an American chef made the trek over and fell in love with the island’s laid-back ambiance and stunning scenery. Taking over the site that was formerly Jonty’s, Joel Fry put his culinary expertise and creativity to work, creating a paradise of treehouses and delicious homemade food in the jungle at Ten103 Treehouse Bay. 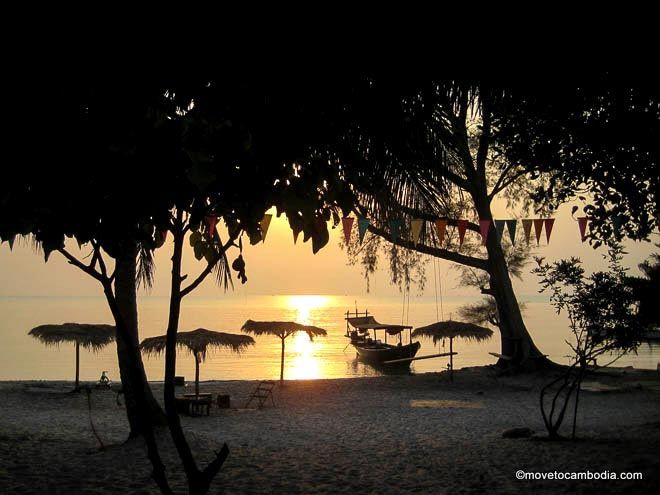 Time for a sundowner!

Since then, the island has evolved into a vibrant destination with a variety of unique and funky eco-conscious resorts that complement the island’s natural beauty. And the bohemian vagabond types who live and visit there give the island a uniquely artistic tone. Reportedly the crew running Ten103 include several former habitues of the Arts Factory on Byron Bay, and there and elsewhere you’ll find arts-and-crafts afternoons, music nights, and fire-spinning parties where island residents and visitors can work their creative mojo.

The threat of big development looms on the horizon, however. The recent property boom in the area prompted the Cambodian Navy to sell off a considerable portion of the island to a Chinese-Malay company and French developers, and there are murmurings about casinos, golf courses, and luxury resorts. But the only sign of their extravagant plans thus far is a patch of jungle that has been clear-cut to make way for a road. For now the island remains blissfully undeveloped, with a relaxed attitude toward the future and a focus on taking every day as it comes. 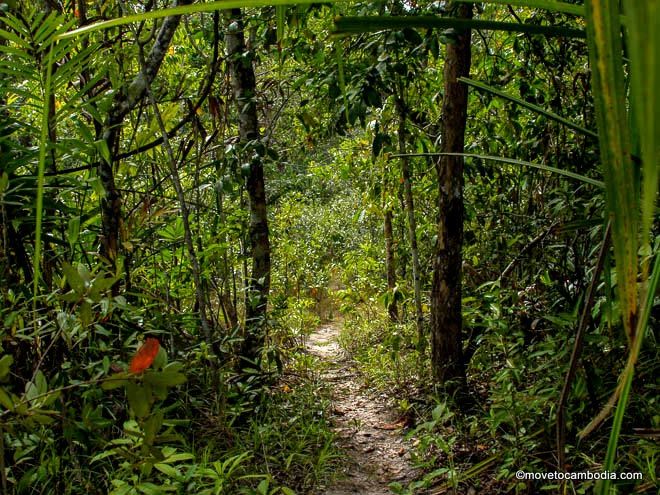 Koh Ta Kiev’s guesthouses’ sustainable and back-to-basics approach to accommodation will suit those looking for an old-school taste of paradise. The island is a naturalist’s dream; its beaches, colorful coral reefs, and lush jungle are home to exotic birds, a myriad of tropical reef fish, rare orchids, and even an amazing carnivorous pitcher plant. Find out more about the island’s rainforest, reefs, and beaches here.

It’s also easy to reach from the mainland, with boats departing from the backpacker haven of Otres Beach and from Ream National Park. Those short on time often choose to visit Koh Ta Kiev on an adventure-filled day trip, and the majority of visitors still come as part of an island-hopping tour from the mainland, swinging by for lunch at one of the resorts or a barbecue of freshly caught fish on a secluded beach. Other activities include exploring the island’s marine life with optional snorkeling trips, jumping off the 7-meter-high Elephant Rock, trekking through the jungle, or just enjoying the spectacularly picturesque beaches.

However, the true charm of Koh Ta Kiev shows itself once the tour boats have disappeared. Watch an incredible sunset over the ocean, capture a perfect view of the entire Milky Way, dine on delicious homemade food and go skinny-dipping in the dark before being lulled to sleep in one of the island’s eco-resorts by the sound of the ocean — isn’t this is what travel dreams are made of?

Looking for more? View the full Koh Ta Kiev island guide for info on how to get there, tips on where to stay, and what to do.