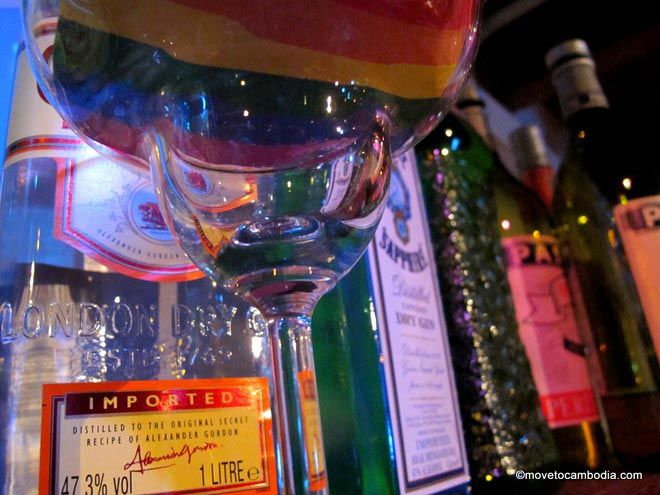 Yes, there is a gay scene in Cambodia.

Cambodia is very accepting of gay culture and gay expats. While there aren’t any official laws on the books in Cambodia protecting the rights of the LGBT community, same-sex sexual activity is legal and accepted. (Commercial sex acts are prohibited, as they are between opposite-sex partners.)

The culture is so accepting of LGBTs, in fact, that business owners recently launched a tourism campaign to attract more gay visitors to the Kingdom, and specifically to Siem Reap, where many hotels and businesses enthusiastically welcome gay men.

Gay culture in both Phnom Penh and Siem Reap is rich; clubs, bars, and hotels catering to gay expats and tourists are all over the place. In Phnom Penh, Blue Chili, 2 Colors, Rainbow Bar, Shameless on Thursdays at Pontoon, the Empire, and the Local 2 and are all gay-owned or gay-friendly. In Siem Reap, Linga Bar, Miss Wong, and the Station Wine Bar are all gay-owned or gay-friendly. Many hotels in Siem Reap, including the Golden Banana, MEN’s Resort and Spa, and Cockatoos, cater to the LGBT crowd.

Same-sex relationships between Khmers and foreigners are tolerated, although these couples are expected to forego canoodling in public, just like their heterosexual peers. However, same-sex friends will often walk hand-in-hand, and it doesn’t mean that they are gay.

While same-sex sexual activity among Khmers is accepted, most Cambodian men who have sex with men do not identify as homosexual and also have female partners or wives, due to the strong societal pressure to marry and have children. Even after marriage, however, men often continue to engage in same-sex sexual activity, and HIV rates among these men and their female partners are quite high, around 9 percent.

In Khmer culture, the word katoey denotes a third gender. It is often used to describe “ladyboys” but is also used for homosexuals of all stripes, and when used in the latter sense it’s considered derogatory. Generally katoey are accepted or at the least tolerated; hair and makeup salons run by katoey are quite popular with Khmer women, who flock there when they want to look their best. However, katoeys can still face discrimination in Cambodia. Khmer lesbians seem to face even more discrimination, perhaps because of their increasing unwillingness to enter into sham marriages to men.

Every May Cambodia LGBT Pride holds a week-long pride event, where they work to reduce discrimination and celebrate LGBT contributions to the Cambodian community. For more info, visit: facebook.com/cambodiapride.

“The highlight is the weekend shows at the gay bars, which are great fun and bring together expats and tourists as well as the local Cambodian gay crowd. These bars are not for the faint- hearted, though, and there are a lot of Cambodian ‘moneyboys’ who may be trying to pick up people with ulterior motives. Heart of Darkness usually has a diverse crowd and there is above-average representation from the gay community (who head here after the bars close).

“These bars aside, I think most people here would agree that the social scene, both Khmer and expat, is fairly mixed, with a lot of gay-friendly and gay-owned venues. There is also a Khmer-orientated gay scene that most Westerners may not be aware of, headed by organizations like M-Style and clubs like Classic.”

How is gay culture changing in Cambodia?

“I think traditionally there has been a lot of ignorance of the kind of ‘gay identity’ that we are so used to in the West. Same-sex relationships have always existed here, and they are free of the usual religiously fueled prejudice common elsewhere. However, there has always been pressure to marry and have children, regardless of sexual preference.

“There aren’t really words that accurately reflect the terms ‘gay’ and ‘lesbian’ in Khmer, as they are not really seen as identities. The closest is ‘katoey,‘ which refers to the Thai-style third sex and is used for transgender ‘ladyboys’ and intersex. As organizations seek to educate people on sexual identity and events like Cambodia Pride continue to grow, this is changing. But it’s more about awareness and education than challenging people’s prejudices.”

What’s it like being in a same-sex relationship in Cambodia? How are you and your partner treated?

“It’s actually very easy to be in a same-sex relationship. The only hints of homophobia I’ve noticed here have been from Westerners. I’m in a relationship with a Cambodian, and the bigger issue for us has been with cultural difference, as I imagine it would be in a cross-cultural heterosexual relationship. Sexual identity and gender politics aside, life is generally very easygoing for same-sex couples here, so long as you respect cultural differences (things like open displays of affection, etc.), which would be the case for most people. It’s true to say that I feel more comfortable and free of prejudice being in a same-sex relationship here then I would do back in the UK.”