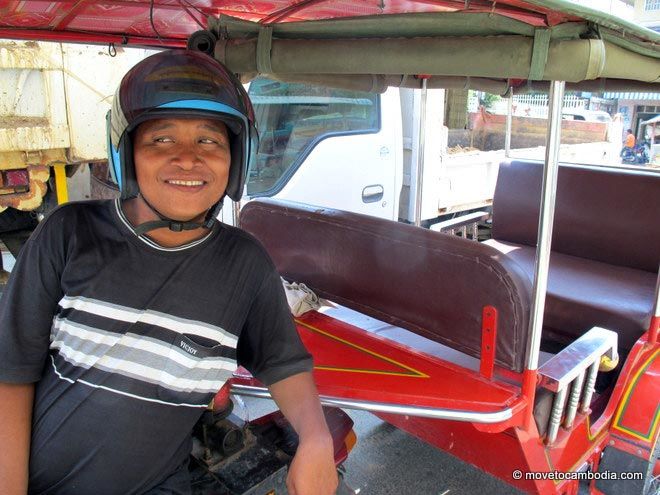 Newsflash: he actually doesn’t know the difference between Class As.

Many expats find the temptation to take drugs in Cambodia irresistible, and their grim end is usually captured for posterity in the pages of the Koh Santepheap Daily, a Khmer newspaper that delights in publishing gory post-mortem photos, especially when a foreigner is involved.

Expats are offered drugs all over Cambodia, particularly in Phnom Penh’s Riverside neighborhood. The purveyors usually start by offering “Ganja, ganja.” If that doesn’t seem to appeal, they try again with “Ice? Cocaine? Heroin?” While this may seem like a drug-taker’s idea of heaven, it’s really not.

Both expats and tourists meet untimely ends quite regularly in Cambodia, often under mysterious circumstances that involve drugs. Heroin is much cheaper in Cambodia than cocaine, so it is often used to cut cocaine or sold in its stead. So when abusers rack up a big line of what they think is cocaine, they may quickly find themselves unconscious. The unreliability of Cambodian information applies to drugs as much as to everything else. A tuk tuk driver will tell you he knows exactly where you are going and end up lost for an hour, so it’s unrealistic to expect this same tuk tuk driver to know the difference between various Class A substances.

It’s also important to remember that overdoses in Cambodia more often result in deaths than in the West because of the poor medical care available here.

While it’s true that marijuana is semi-legal in Cambodia, the exceptions to the laws against marijuana possession apply only to Cambodians, who are allowed to grow a few plants for cooking–the herb is traditionally used in Khmer cuisine. The marijuana quality in Cambodia is quite poor compared to what’s grown in the West, but it’s undeniably cheap. Foreigners are rarely prosecuted for small amounts of marijuana, but expect to pay a few bribes if you do get caught.

Still, that’s better than dealing with Cambodia’s draconian laws regarding harder drugs. While the country may seem like a druggie free-for-all, dozens of foreigners locked up in Prey Sar prison would beg to disagree. They’d also beg you to know better than to mess with drugs in Cambodia. The situation here is quite different than it is at home, and the fear of ending up dead or crammed into a sweaty, overcrowded cell with 30 shirtless Cambodian men should–along with Cambodia’s ridiculously low alcohol prices–persuade you to stick to the bars instead.

For those who are looking for help with an alcohol or substance abuse problem, it’s probably no surprise that rehabilitation options in Cambodia are sub-par. However, there are English-language meetings of Alcoholics Anonymous in Phnom Penh, Siem Reap, and Sihanoukville. Contact Alcoholics Anonymous Cambodia for more information.