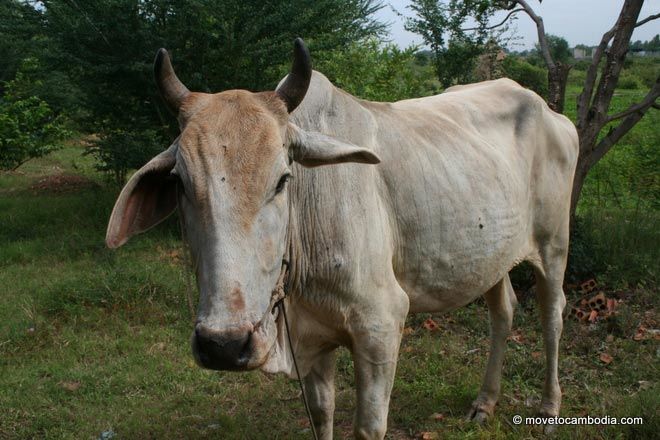 Expats who want to immerse themselves in Khmer culture head to the provinces.

Of course these six cities do not Cambodia make, and there are expats living all over the country. Prices in the countryside are very, very cheap and you can rent a house for next to nothing. Plus, immersion is one of the fastest ways to learn the language, and the further you get from the big city the more amenable locals are to helping you practice your Khmer.

If living in the provinces is a great way to learn Khmer, be warned that it’s a difficult life at first if you are on your own and without Khmer language skills. That said, many people have settled down in the countryside with their Khmer partners and enjoy the peace and quiet that can be found there (if you don’t mind the roosters and the karaoke).

Smaller cities, especially along the borders, usually have at least a few expat residents. Koh Kong, for example, has many Western-owned businesses and at least a couple Peace Corps volunteers at any given time. The same is true for Ratanakiri and most of the other small cities in the country. Even Poipet–believed by many to be the cesspool of Cambodia–has a handful of expats who call the place home.

Why did you decide to live in Ratanakiri?

During the early part of graduate studies I decided to conduct my research in the Central Highlands of Vietnam. Later I decided, for many reasons, that Cambodia suited me better. As I had already been looking into the issues concerning highland peoples in that part of Indochina, research in Ratanakiri, just across the border from the Vietnamese Central Highlands, made sense.

What is the best thing about living in Ratanakiri?

The people. I have found the people in Ratanakiri to be very friendly. The weather also. It gets much cooler up there than in lowland Cambodia.

What is the worst thing about living in Ratanakiri?

It’s a very small town. While I like knowing lots of the people who live there, and they knowing me, like all small towns it can be very gossipy. And there’s also a smaller selection of good places to eat.