Posted on October 17, 2012 by Lina Goldberg
Get a quote for expat health insurance 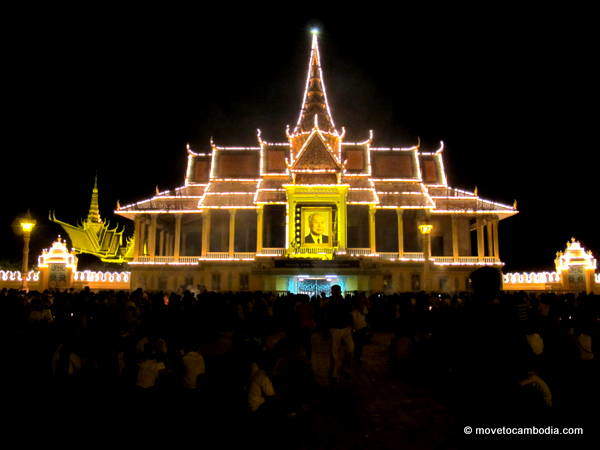 Phnom Penh’s Royal Palace lit up and bunting being added to a photograph of king-father Norodom Sihanouk.

The country of Cambodia is in mourning for the loss of its king-father, Norodom Sihanouk who died on Monday. Crowned king in 1941, Norodom Sihanouk oversaw the country for more than 60 years. Credited with achieving independence from France and ushering in Cambodia’s golden age in the 1960s, and later, for supporting the Khmer Rouge. Much loved by Khmers, he abdicated the throne in 2004 and became known as the king-father.  A week of official mourning starts on Wednesday, but on Tuesday evening hundreds of Cambodians gathered in front of Phnom Penh’s Royal Palace to remember their former king. 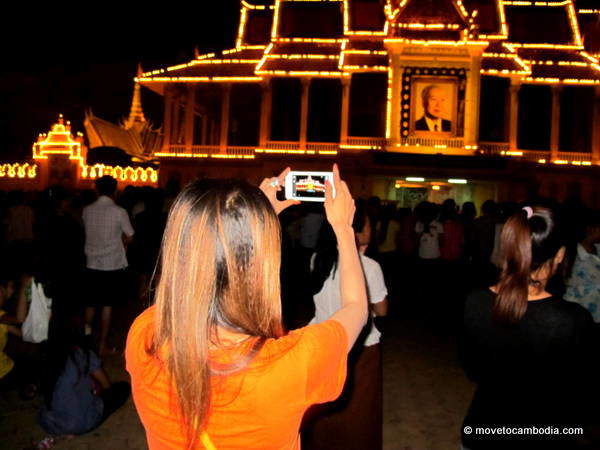 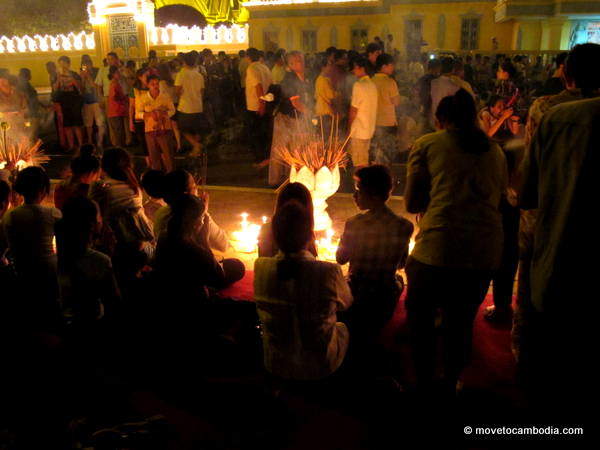 Cambodians gathered outside the Royal Palace to pay their respects. 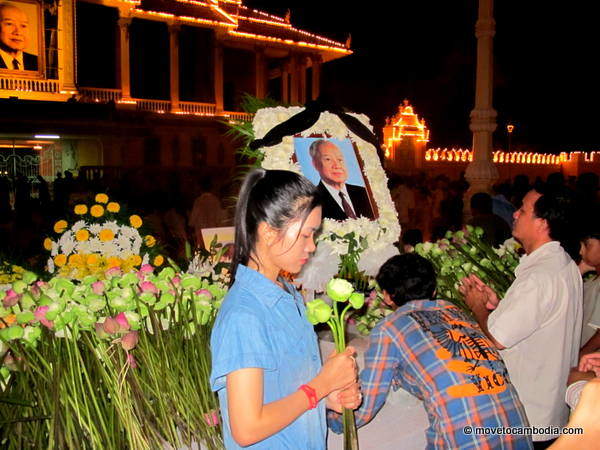 The impromptu gathering was attended by hundreds of Khmers. 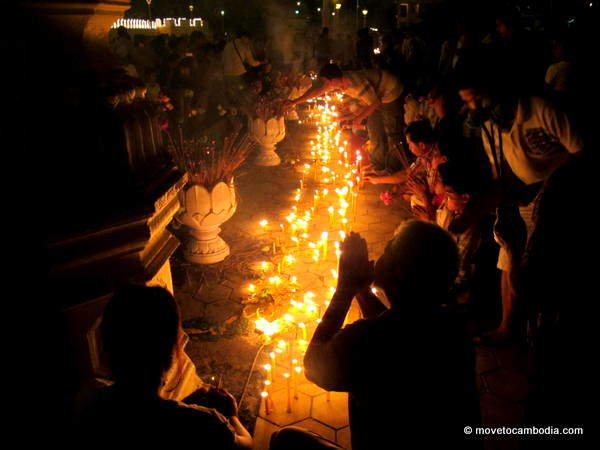 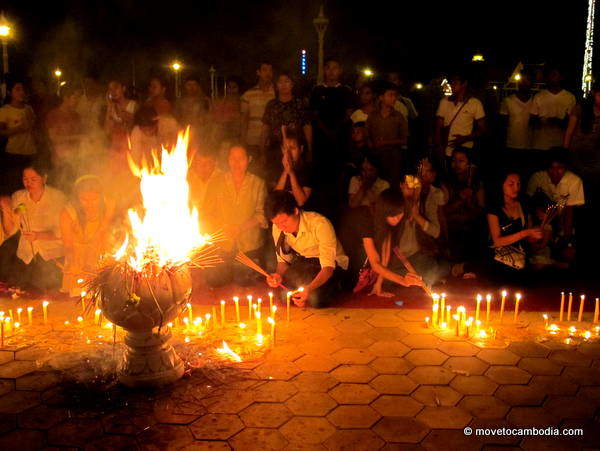 Cambodians young and old turned up to light candles and mourn the loss of their king-father.