Photos from Poipet: Return of Cambodian migrants from Thailand

Posted on June 19, 2014 by Lina Goldberg
Get a quote for expat health insurance

Yesterday afternoon I traveled back from Thailand through Poipet and took these photographs of Cambodian workers returning en masse from Thailand. (Here’s the link to the photos I took in Poipet on Sunday). It’s unclear whether or not they have been forcibly removed by the Thai junta or are voluntarily leaving out of fear–there are rumors circulating within the Cambodian community that those who do not leave voluntarily will be shot–but seeing the road to Aranyaprathet in Thailand full of caged trucks packed with frightened Cambodians was distressing to say the least. These photos are from the Aranyaprathet/Poipet border where the Thai trucks were dropping the workers off and the Cambodian trucks were picking them up to return them home. 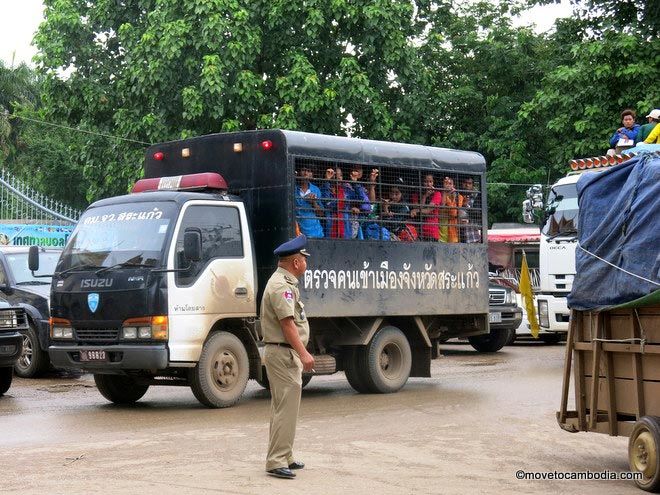 After declaring martial law in Thailand, the Thai junta began rounding up Cambodian migrants and deporting them. Most were transported across the border in caged Thai police trucks. 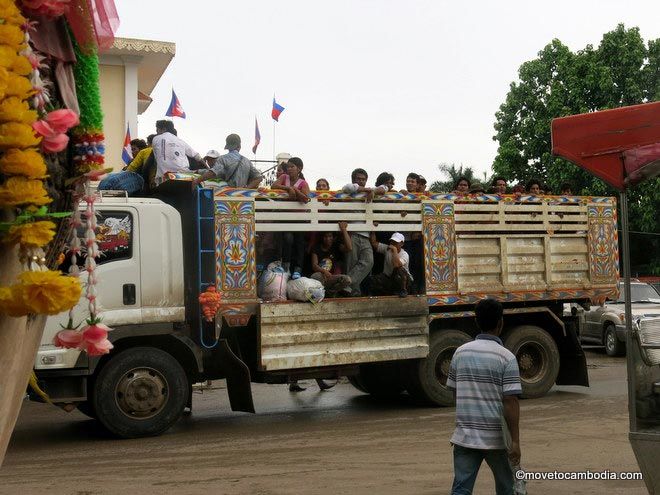 Officials at the border estimate that more than 180,000 Cambodians left Thailand to return to Cambodia in the last week. The CNRP puts that number at more than 500,000. 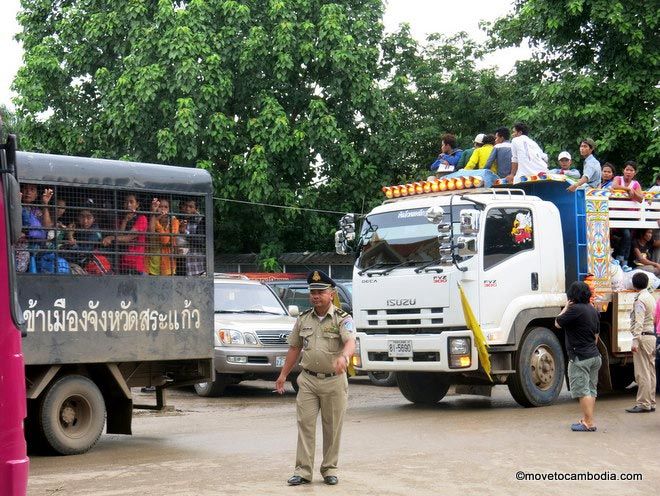 The Thai junta denies that there has been a crackdown, and has said that the thousands of Cambodians being taken to Poipet are doing so voluntarily. 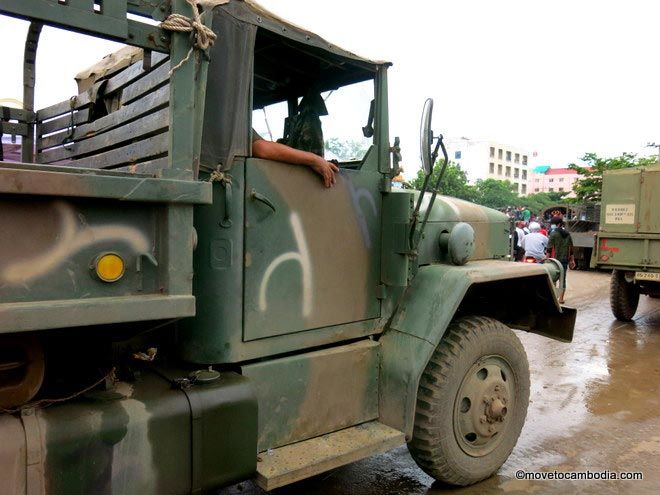 The Cambodian government has responded by sending 150 trucks per day to Poipet to pick up the returning workers. Aid groups say that while 150 trucks have been promised, only about 120 per day have materialized. 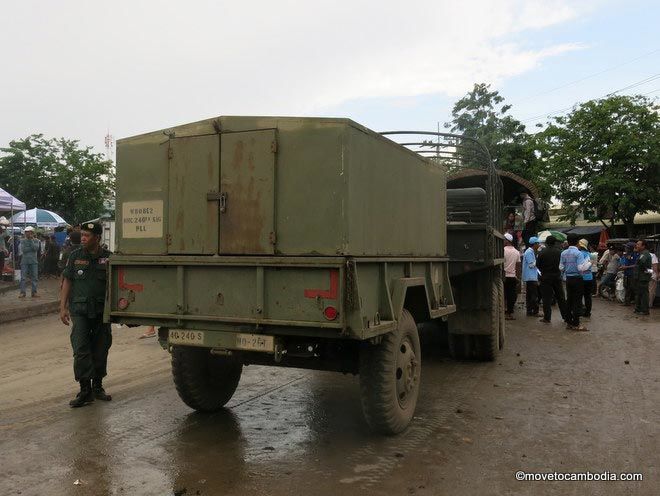 Today, the Thai junta have said that they will allow Cambodian workers back into Thailand, as long as they hold proper work permits and are not undocumented. 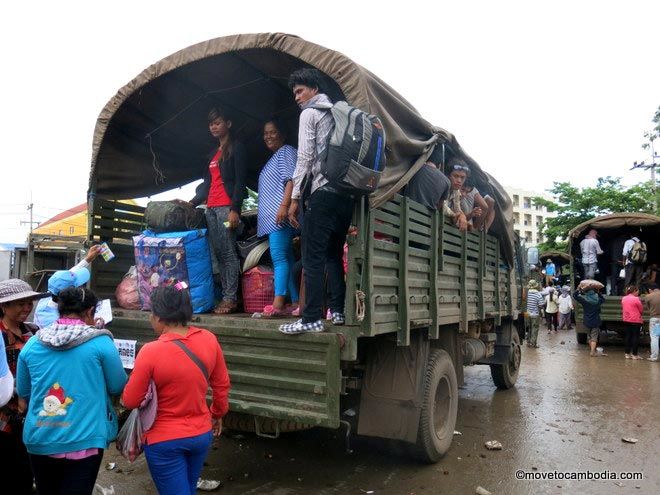 Most Cambodian workers in Thailand are undocumented. The Cambodian government has offered free vocational training courses to the returning workers, but many say they will attempt to return to Thailand when they can, due to higher wages. 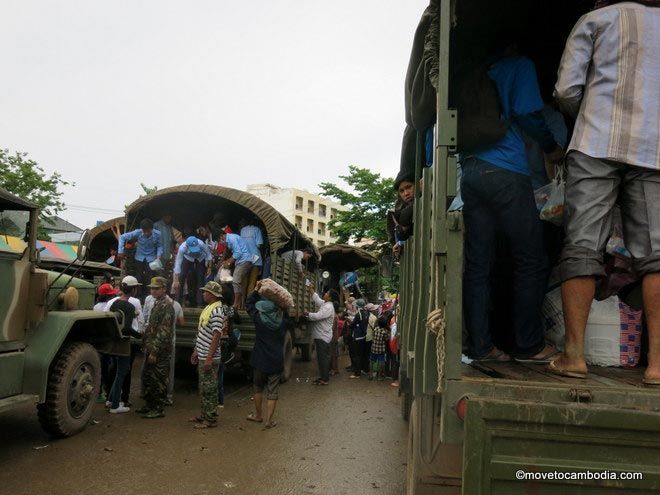 Aid workers are concerned that the massive influx of unemployed Cambodians will result in major problems in the coming weeks. 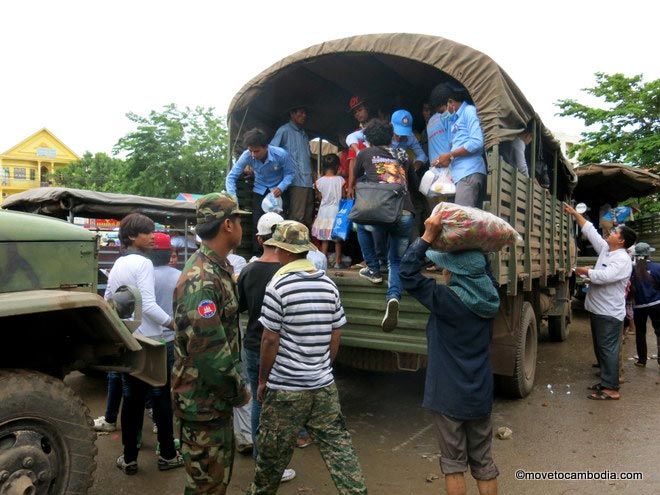 The Cambodian military is overseeing the return of the workers from Poipet to their home provinces. 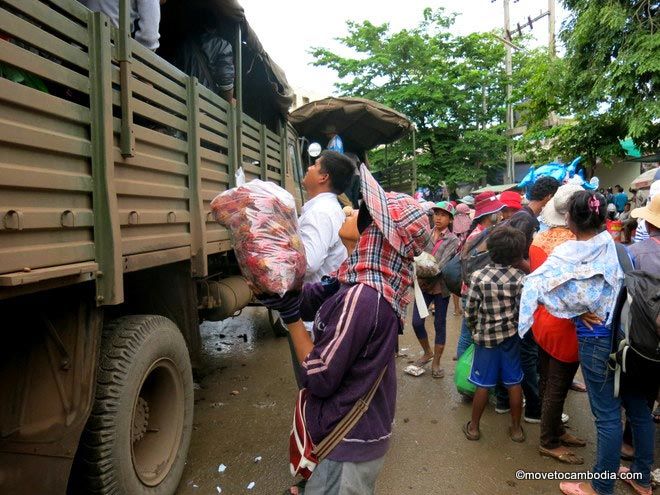 A rambutan seller hawks his wares to the workers on one of the trucks heading out to the provinces. Many of the returned Cambodian workers have been on the road for days, often without food. 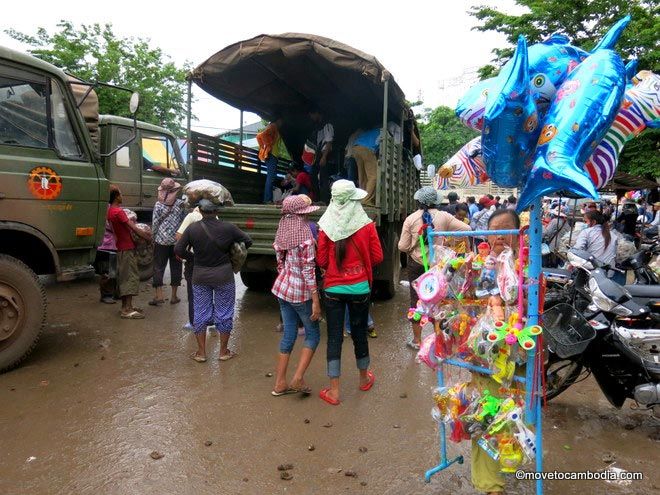 A woman hopefully tries to sell toys and balloons in the middle of the makeshift camp, with very little success. 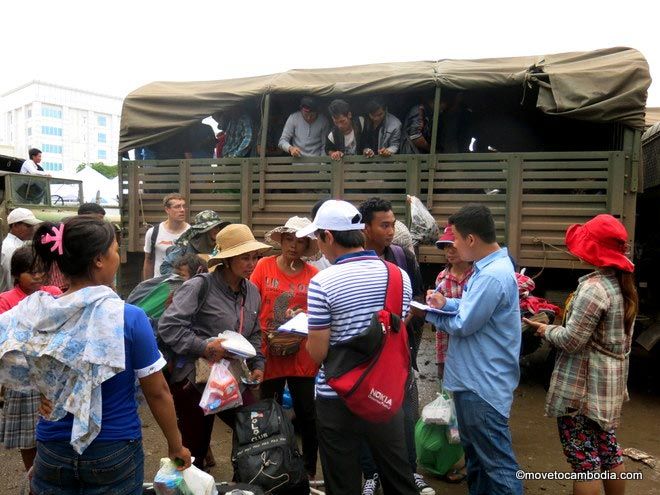 Workers gather information about the returnees home provinces and direct them onto the proper trucks, so they can complete their long journey home. 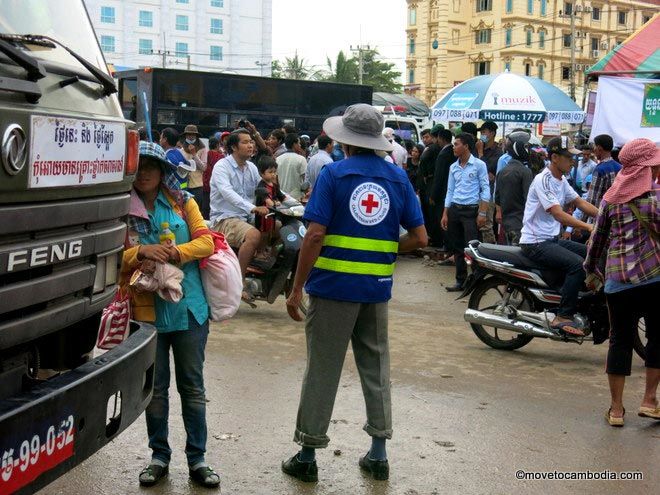 The Cambodian Red Cross was on hand yesterday, as were many faith-based NGOs, offering supplies and services to the returned workers. 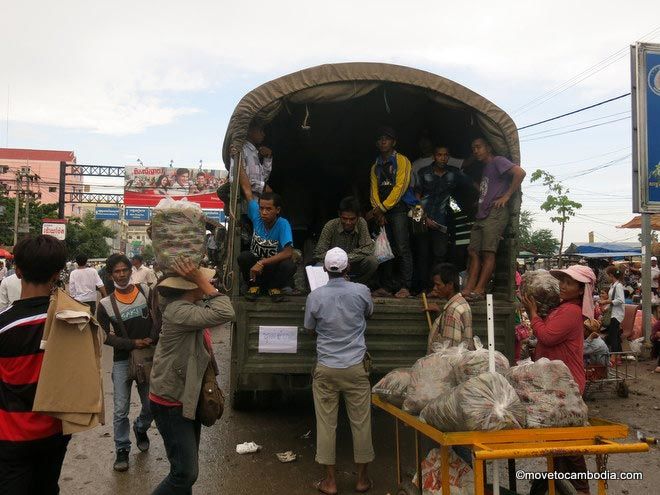 It is believed that the Thai junta is using illegal migrants as a scapegoat for the flagging Thai economy, according to analysts. 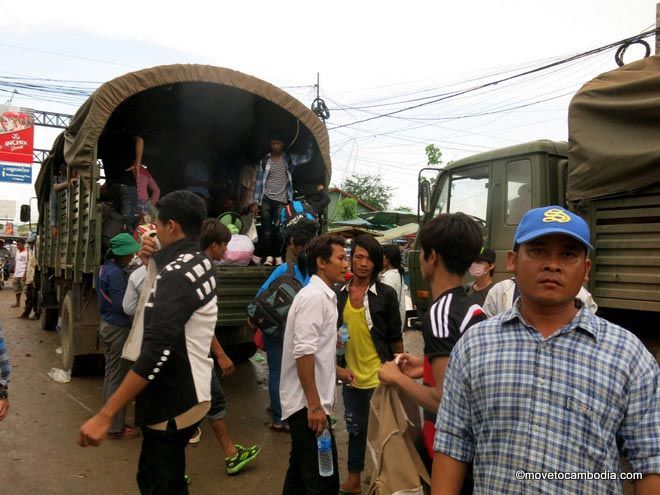 Today the Cambodia Daily is reporting that the flow of migrants through Poipet has slowed. I saw dozens of trucks yesterday, about the same as on Sunday, which was the busiest day according to reports.

2 Responses to Photos from Poipet: Return of Cambodian migrants from Thailand