Posted on February 21, 2013 by Lina Goldberg
Get a quote for expat health insurance 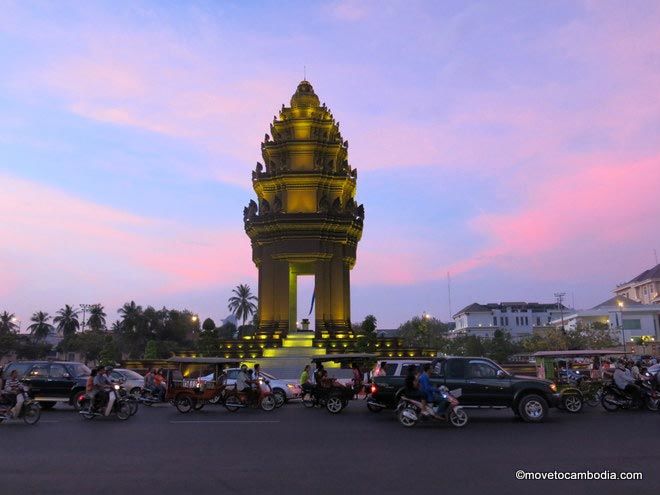 At least once a week at dusk as I make my way home from the gym, I think, “Why didn’t I bring my camera?” Last week I finally did.

Phnom Penh’s Independence Monument was designed by Vann Molyvann, Cambodia’s most famous architect. His style, often called New Khmer architecture, can be seen in this lotus-shaped stupa that was erected in 1958 to commemorate independence from France in 1953.

In recent years, they have taken to illuminating the monument with colored lights and water features at night. Whether it’s tasteful is debatable, but it certainly is striking.

Once, I saw a tourist standing and taking a photo of the monument during the afternoon. Two men on a moto whizzed by and one grabbed the tourist’s camera. It took him several seconds to react, and by the time he did, they were gone.