Posted on April 25, 2013 by Lina Goldberg
Get a quote for expat health insurance 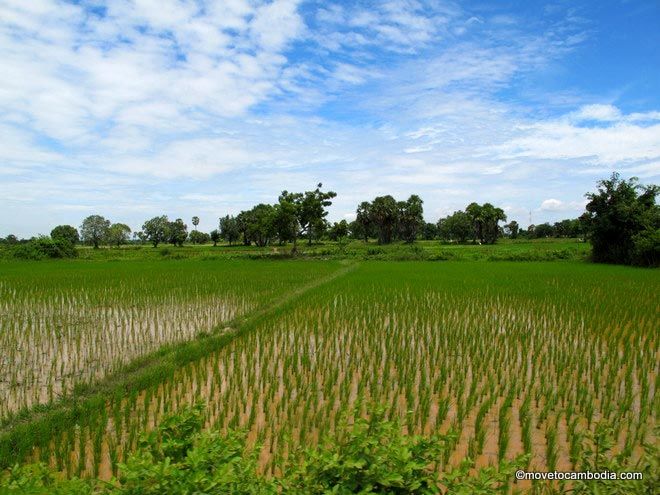 When I first moved to Cambodia nearly three years ago, I had a job that entailed riding on the back of a moto into Kandal province a few times a week. I found these long days of riding around on a moto, usually covered in dust but often soaked by rain, exhausting. But because I was new to Cambodia and everything was still so exotic, so foreign, I took loads of photographs everywhere I went.

This photo was taken of a Cambodian rice paddy from the back of a moto. It was August, in the middle of rainy season, and the whole landscape was lush and beautiful. Sometimes it’s easy to forget how beautiful Cambodia is–when that happens, it’s time to head to the provinces.