Scenes from Poipet, where deported Cambodian workers wait to be returned home

Posted on June 15, 2014 by Lina Goldberg
Get a quote for expat health insurance

Photographs taken this morning in Poipet (on the Cambodian side of the Thailand-Cambodia border) where thousands of Cambodian workers deported from Thailand have gathered, waiting to be returned to their home provinces by the Cambodian government. 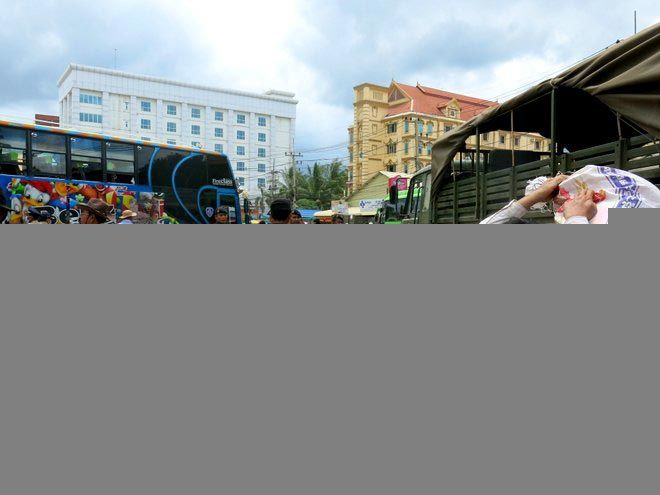 Trucks are pouring into Poipet with deported workers, and just as quickly the Cambodian government is trying to get them back to the provinces. 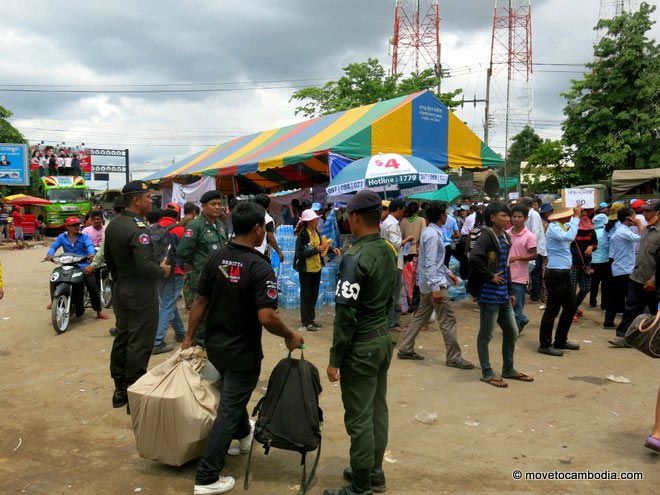 CNRP estimates that 500,000 Cambodians have been deported from Thailand, while the Ministry of Labor puts the number at 43,000. 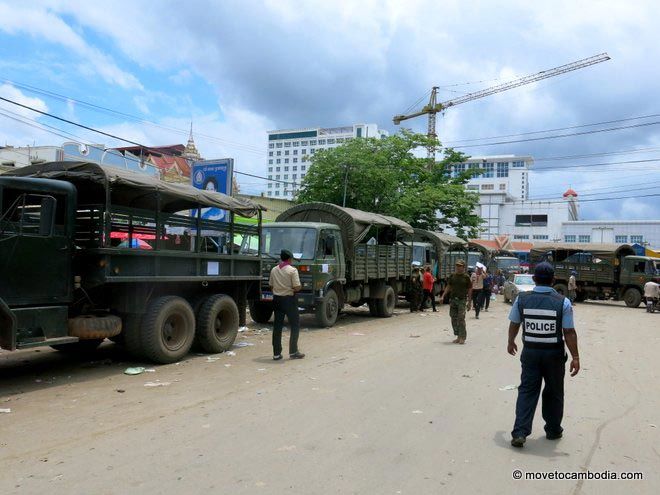 The Cambodian government has deployed 150 trucks to bring the deported workers back to their home provinces. 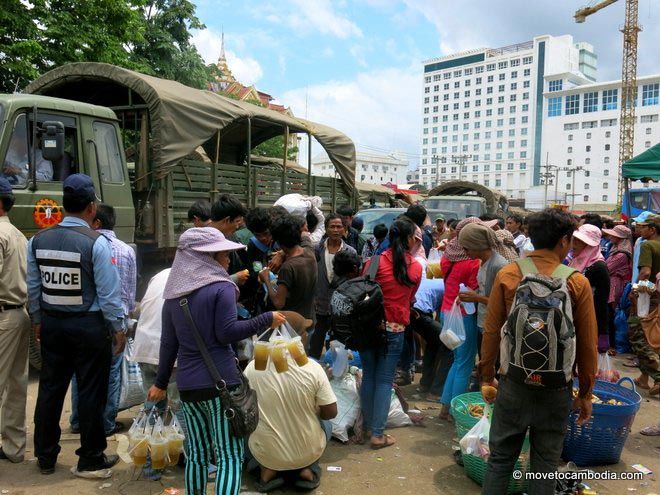 Poipet City governor Ngor Mengchruon is quoted in the Cambodia Daily as saying that Cambodian authorities are overwhelmed by the number of migrant workers arriving back in the country. 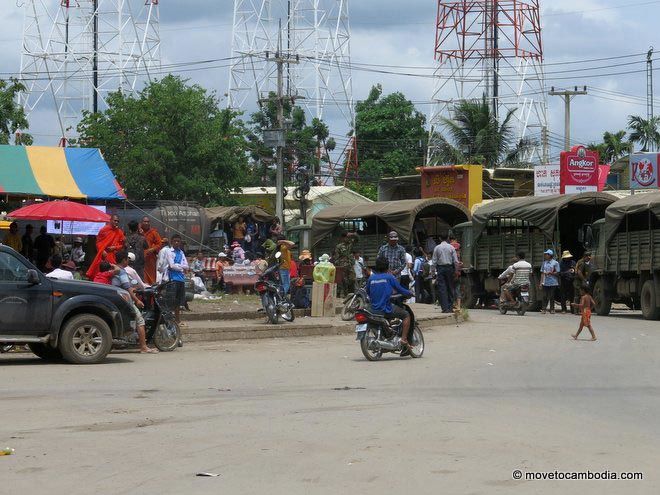 Dealing with newly arrived Cambodians from the Thai border. 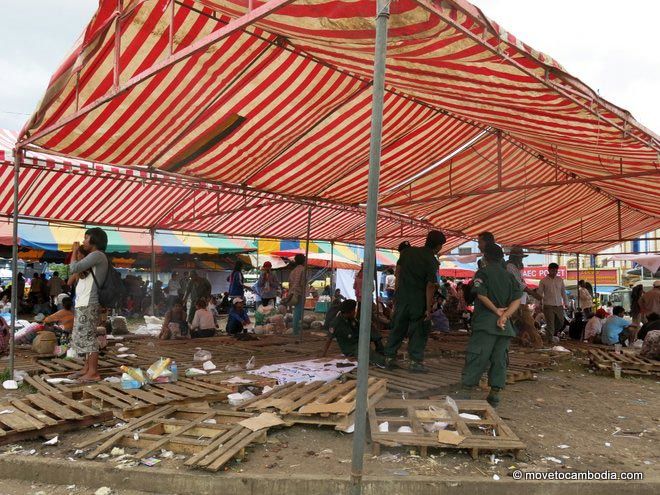 Eager to not have a refugee camp on their hands, the Cambodian government has worked quickly to get the deported workers back to their families. 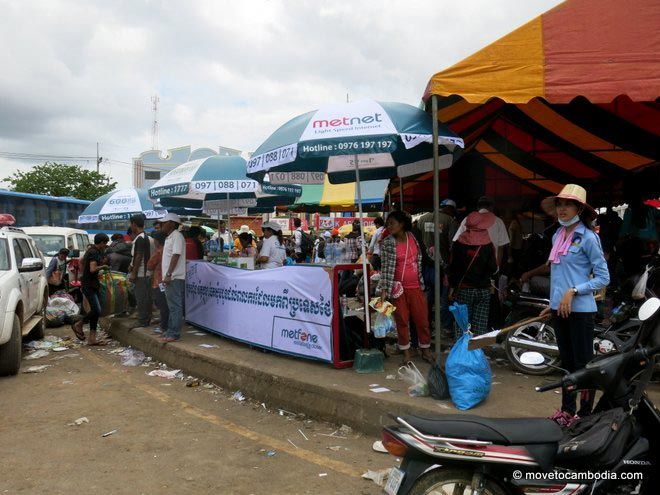 Crisis situation? Metfone is there giving away free SIM cards. 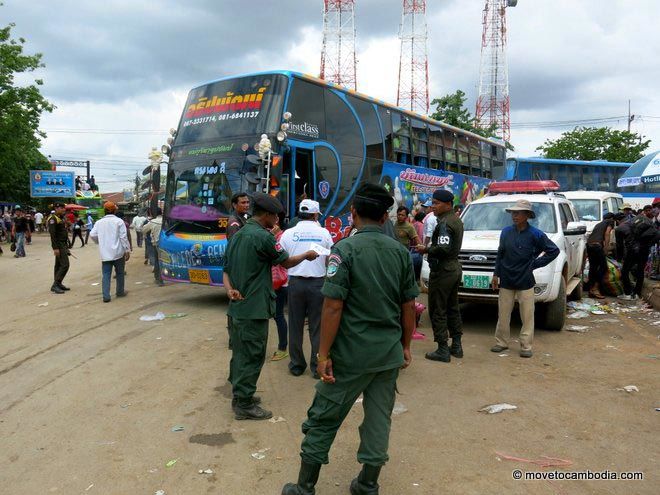 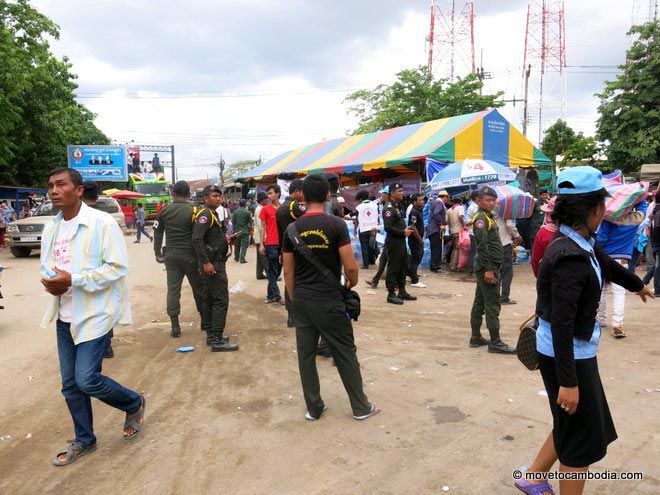 Many Cambodian workers paid large sums to be returned to Poipet, in fear that they would be killed if they did not. 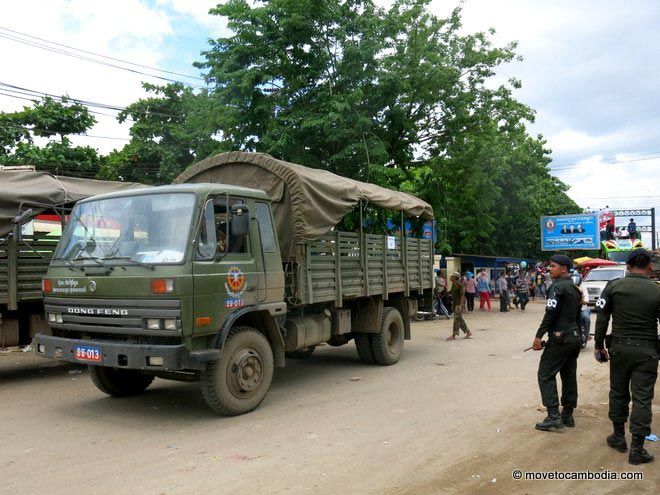 Cambodian military trucks were on hand to bring the Khmer workers from Poipet into Cambodia. 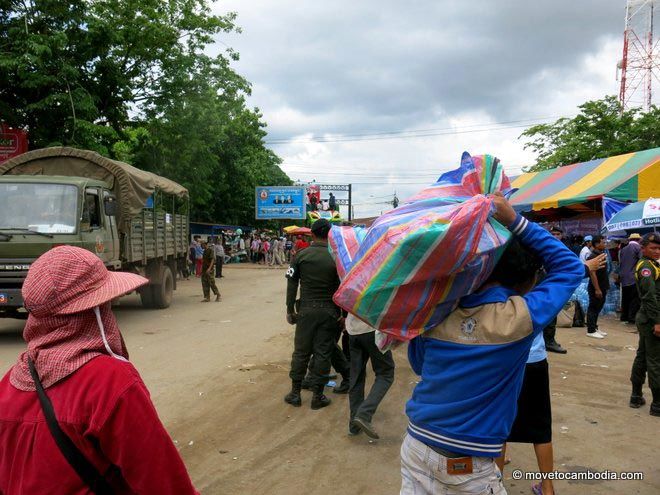 Most left Thailand with bags, boxes or just the clothes on their backs. 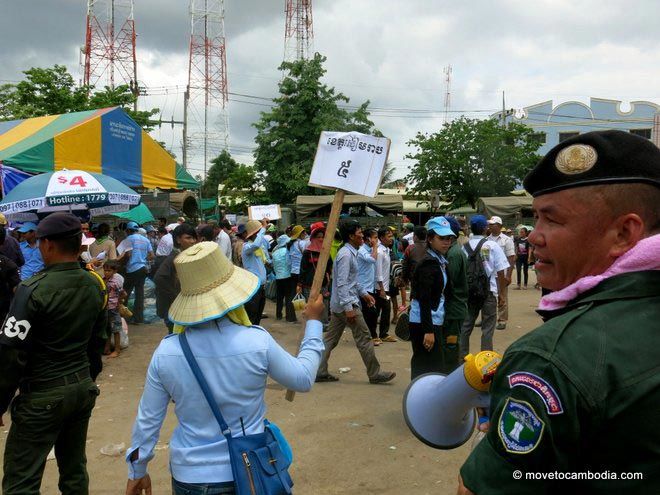 Trucks heading to different parts of Cambodia were offered to the newly arrived deportees. 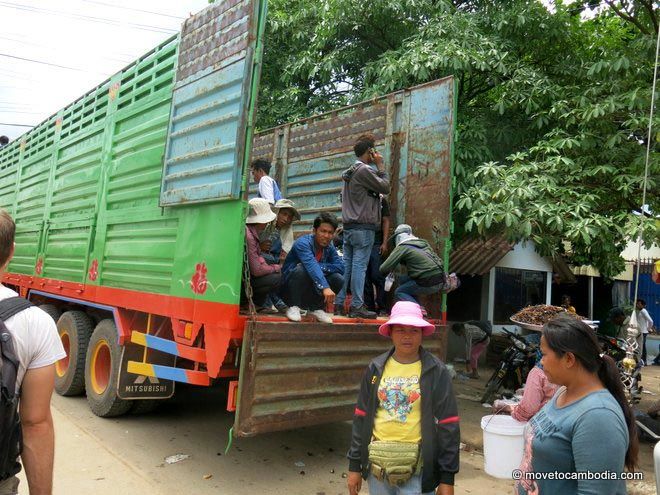 It has been reported that as many as nine Cambodians have been killed during the deportations.

There are reports of Khmers being asked for bribes by the Thai military police. On the Cambodian side in Poipet, the situation seems relatively orderly and bribe-free.

4 Responses to Scenes from Poipet, where deported Cambodian workers wait to be returned home