Posted on August 19, 2013 by Lina Goldberg
Get a quote for expat health insurance

The way normal, responsible people organize a move involves finding a home before they arrive. So when normal, responsible people move to Cambodia, of course they assume they should do the same, and spend weeks or months before their move scouring the Internet and contacting letting agents via email. While this might seem the best course of action, quite frankly, it is not. 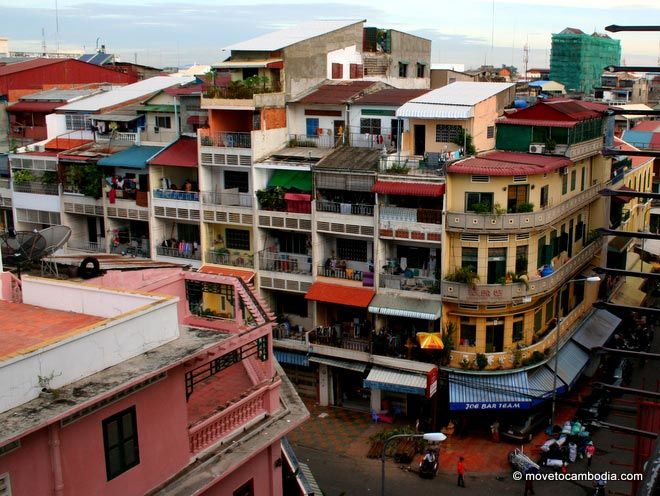 Why, you ask? In general, the properties and apartments you’ll find listed online cost a minimum of double what they’re worth. The other day I saw a two bedroom apartment in my Phnom Penh neighborhood listed at $1400. I’ve seen a lot of apartments in this area, and I can say with absolutely certainty that the apartment listed should have cost around $500, maximum. But letting agents in Cambodia, especially those that deal with Western clients, raise the prices on apartments to preposterous levels when advertising online.

I’ve spent a long time trying to figure out why this is, and I’ve come up with the following possibilities:

They take you for a sucker

Letting agents know that someone searching from abroad probably doesn’t know what the going rates for apartments are in Cambodia (which is why you should buy the book). They also know that if you’re coming from a major Western city such as New York, London or Sydney, that you’re used to paying an awful lot for rent, so a $700 apartment will seem like a steal, even if that apartment is really only worth $300 on the open market. Letting agents prey on your fear of coming blindly to a country with no accommodation lined up, and your laziness in not wanting to go out and hit the streets to find a place on your own.

My least favorite expats are the ones who don’t care if they are suckers because they’ve got an expense account. There are a number of companies and organizations that give their employees a monthly per diem for accommodation. Employees for these sort of companies feel compelled to spend the entire amount allocated, and will spend $2,000 on a $600 apartment just so they feel like they are milking every last drop out of their employers. This is doubly frustrating for everyone else, because most of these types are Western government and NGO workers, which means the rest of us are basically subsidizing them to ruin the expat housing market.

The more agents mark an apartment up, the more they make

A year or two ago, you could guarantee that if you used an agent, they would take the monthly price the landlord asked for and then add $50 to it. The $600 extra for a 12-month lease would be the agent’s fee paid by the landlord. Now, however, agents are realizing that the landlords don’t really care what the apartment rents for, as long as they get the amount they originally wanted.

For example, I had a Khmer friend call about an apartment on my street and the landlord told him it was $450 per month. Then, I asked an agent about the same apartment. He told me it was $600 per month. The agent was probably going to offer the landlord $500 per month and take the extra $100 for himself. The landlord is fine with this arrangement because he’s getting more than he originally asked for, and the agent will get $1,200 to talk you into signing a year-long lease on the place. After you sign the lease, the agent’s work is done. And because the landlords are the ones paying the agents, don’t expect the agent to do anything that’s in your interest versus the landlord’s. In this example, if someone new to Phnom Penh had leased this apartment through an agent, they would pay $1,800 more per year than if they leased it directly from the landlord.

Landlords and agents that use the Internet are savvier

Many of the letting agents in Cambodia that list online are Western, and are much more aware of the previous two points. Most Cambodian-owned businesses are not online yet, and the ones that are are usually savvier than the ones that aren’t. Not in a good way, mind you. Just in the they’re going to push for the highest price possible sort of way. Which is how capitalism works, I suppose, but it’s still infuriating to see $250 apartments being rented to chumps for $800, who, once they know better a few months later, complain about it endlessly.

So what should you do?

If you’re in a panic about what you should do about accommodation when you move, don’t be. Phnom Penh particularly is one of the easiest cities to find an apartment in; the whole process won’t take you more than a few days at most. When I went hunting for my first apartment, I went to eight places in a day and moved in to my favorite the same evening. Although there aren’t as many options in Siem Reap, it still won’t take long.

So book in at a many offer deals for long stays) and take a deep breath. Finding a great deal is possible, but takes a little more time than using an agent. The best way is to walk around the neighborhood you want to live in, and look for signs on the apartments with phone numbers (look up, because most of the rental apartments available aren’t on the ground floor). Lots of time, you’ll find an English-speaker on the other end of the phone and can see the place immediately.

If not, ask your guesthouse to give them a call, or enlist an English-speaking tuk tuk driver to help you with your search. Most tuk tuk drivers are happy to take a daily rate of $10-15 to drive you around a neighborhood and help you look for properties. If he does help you score one–and doesn’t try and get an agent fee out of the landlord–reward him generously for he’s just saved you hundreds of dollars. Even if you end up using an agent, use one that doesn’t list the properties online. For all of the reasons listed above, agents that don’t list online usually have far better deals than the ones that do.

*Edited to add: The one exception to all of this is finding apartments online through expats who are looking for new tenants to take over their lease, or landlords who ask other tenants of theirs to post something online about other available apartments in their buildings. I’ve found good deals this way, and so has Ramon (who reminded me of this fact in the comments).  You can find a listing of online forums and Facebook groups to make contact with other expats in our Web Resources section.

We’ve got more complete details on how best to search for a house, villa or apartments in Cambodia in the How to find an apartment section of the book.