Preah Khan — no, not that one, the other one

Posted on October 9, 2020 by Pete Ford
Get a quote for expat health insurance

The Preah Khan temple complex in Preah Vihear province is huge, nearly two square miles, making it the largest of the Angkorian religious sites. Yet thanks to its remote location down bumpy unpaved roads, it wasn’t properly documented until the mid-20th century, and was only properly looted in the late 1990s with the end of the Khmer Rouge. 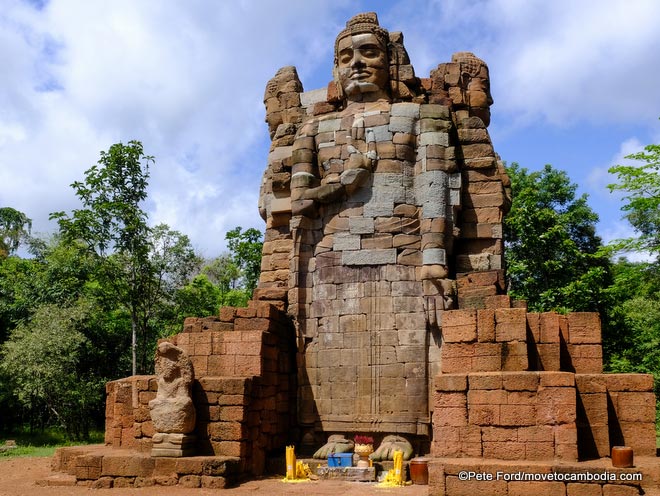 Together with Preah Vihear, Koh Ker, Sambor Prei Kuk, Bang Melea, and Banteay Meanchey, Preah Khan of Kampong Svay sits in my esteemed club of “awesome temples that are not in the Angkor Archaeological Park.” It was also the last on this list for me to visit, so I am rather chuffed I could squeeze in a visit after a stay at nearby BeTreed.

It is hard to imagine many of these temple complexes in their full glory — as sites of religious learning, empirical administration, and home to tens of thousands of people. Preah Khan today is a sleepy place, with cattle and lotus farming occupying local attention, and few visitors gawping at the structures. Yet even with the neglect and destruction, it’s worth getting here if you can. 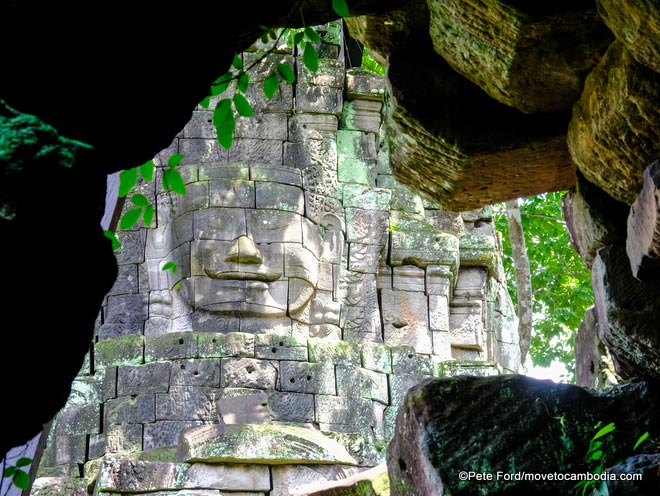 The many faces of Preah Khan Kampong Svay

There is a restored four-sided sculpture of four people with the clear “Avalokiteshvara faces” made famous by Angkor Wat’s Bayon temple, and the nearby Prasat Preah Stung temple has even more faces to reward the journey, as well as a colony of bats. So that’s cool.

It would be difficult to recommend Preah Khan to visitors to Cambodia who are short on time; its primary draw is being in the middle of nowhere and being devoid of other people, which takes travel time to enjoy. But hey, there are no short-term visitors to the Kingdom at the moment, and quick jaunts to nearby countries are out of the question, so why not spend some time exploring Cambodia? 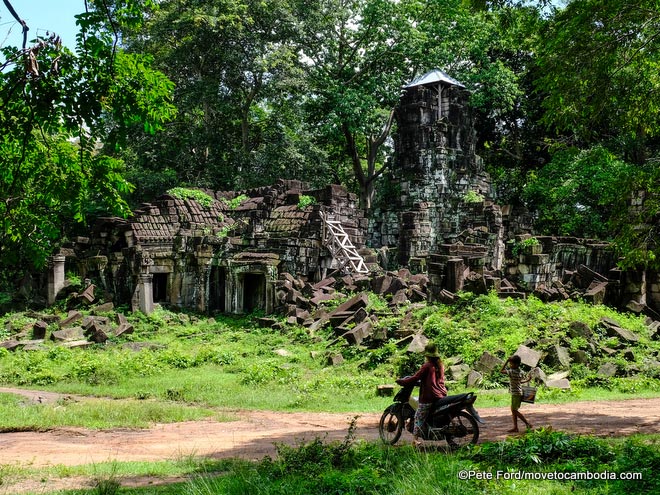 There aren’t many people around, and that’s the draw.

Regardless of which direction you arrive from, the journey will be an intimate look at rural farming communities and their struggles to make ends. Much of the forest that once covered this area of Cambodia is gone — the expensive wood for furniture and vanity projects of the elite in Cambodia, Vietnam and China, the rest for local houses or firewood. The same can be said for much of the wildlife.

And yet in the rainy season, the lush greens of fields and palm trees, combined with the modest wooden homes, offer a glimpse of a Cambodia that the concrete and glass towers of Phnom Penh and Sihanoukville have done their best to erase. My point being, it still has a charm and beauty to enjoy, even when tempered with the knowledge of the natural richness that has been lost. 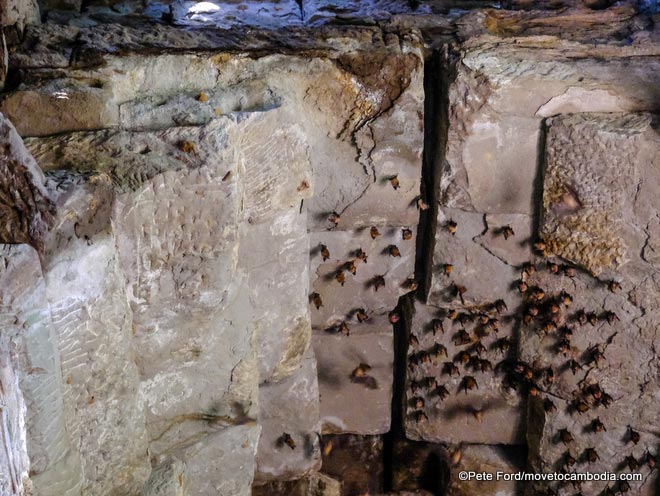 Bat colony, if you’re into that sort of thing.

If you don’t have your own car (or fancy lots of time on Cambodian roads on a motorbike), then it is possible to arrange taxis from Kampong Thom, Siem Reap, or Preah Vihear towns.

It would make sense to combine a few sights into a two-day trip to make all the effort worthwhile — it’s close to Sambor Prei Kuk and BeTreed Adventures, and could also be combined with a trip to Preah Vihear.

Looking for more temples that aren’t in the Angkor Archaeological Park?