Posted on December 1, 2016 by Lina Goldberg
Get a quote for expat health insurance

Cambodia Angkor Air’s Sihanoukville to Siem Reap flight has been in existence for two-and-a-half years. There is a lot of chatter online about this flight, so I decided to try it myself and see what all of the fuss is about. 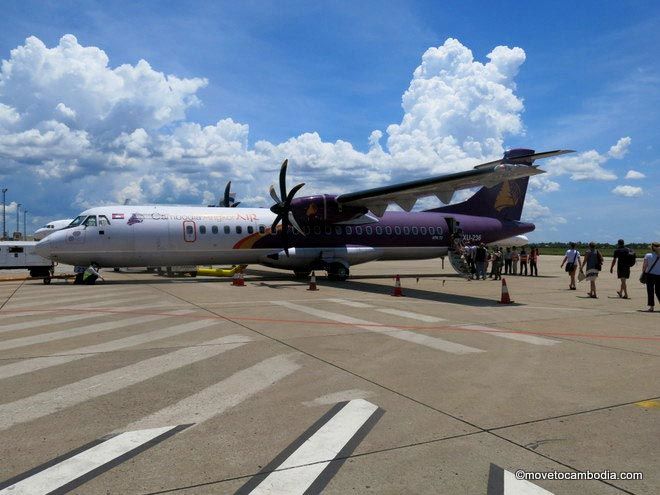 Back in 2007, a PMTair flight from Siem Reap to Sihanoukville crashed in Kampot province, killing everyone on board. This was end of both PMTair and domestic flights in Cambodia outside of Phnom Penh and Siem Reap (PMTair included Sihanoukville and Ratanakiri in its route map). It wasn’t until the end of 2011 that flights between Siem Reap and Sihanoukville started again, this time with Cambodia Angkor Air.

Cambodia Angkor Air is 51% owned by the Cambodian government and 49% by Vietnam Airlines. Conspiracy theorists will tell you the flights between Siem Reap and Sihanoukville are so expensive because Vietnam would prefer if you went to Phu Quoc instead. Whether or not that’s true, Vietnam Airlines does all of Cambodia Angkor Air’s fleet maintenance and mechanics, which should reassure those nervous about flying an Cambodian airline.

When Cambodia Angkor Air began flying from Siem Reap to Sihanoukville in late 2011, there were many stories about flights that were only half-full being canceled and tourists being left stranded or forced to catch a pricy taxi across the country. Those days seem to have passed and the Cambodia Angkor Air representative I spoke to assured me that flights are never cancelled these days, ostensibly because most of them are full. 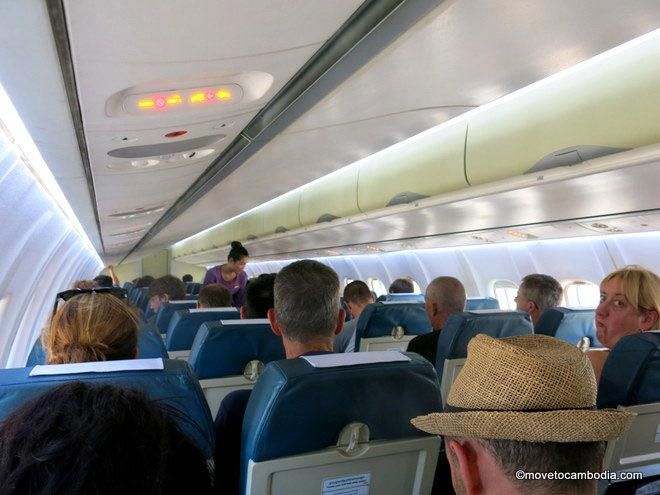 The interior of Cambodia Angkor Air’s ATR72 on the Siem Reap to Sihanoukville route.

I flew from Siem Reap to Sihanoukville and back in the lowest of low season last week, and both flights only had one or two empty seats. Both flights took off on time (a few minutes early, in fact). The planes are clean and seem relatively new. The flights are on ATR72 twin engine turboprop planes, but they are big enough that the ride is pretty smooth. There are 64 seats (see the seating chart here), with 17 rows (row 13 is skipped). Each row has two pairs of seats separated by an aisle. The last row seems to be reserved either partially or wholly for Cambodia Angkor Air crew.

Right now flights operate four days a week, but they will likely have daily flights in the high season.

One-way tickets cost between $115 and $150. Roundtrip flights cost between $230 and $300, although there are promotional fares available occasionally. While it’s true that tickets are ridiculously expensive, prices don’t increase as the travel date approaches and you can make changes to your flight date for $10 or $20, depending on your booking class. Book with any Cambodia-based travel agent, or on the Cambodia Angkor Air website. See our post about Cambodia Angkor Air for more info on how to purchase tickets with them (it’s not always as easy as one might think).