Posted on March 31, 2020 by Lina Goldberg
Get a quote for expat health insurance

In Cambodia it’s not uncommon to see scarecrows, called ting mong in Khmer, propped up outside people’s houses or gardens. Ting Mong aren’t there to protect the crops from birds, rather, they are there to frighten away ghosts and evil spirits. You often won’t see any ting mong for months at a time in Cambodia, but in times of difficulty they start to multiply. Now, during the coronavirus pandemic, ting mong are everywhere. 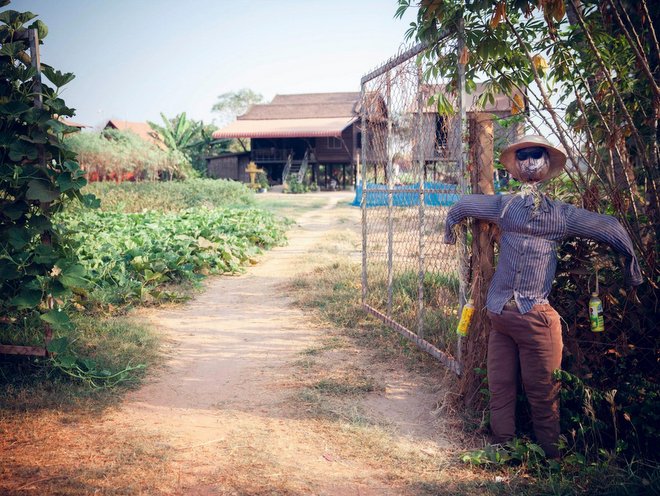 Ting mong guarding a house in Chreav village, outside of a Siem Reap.

These photos were taken by Christopher Schoenbohm of Kulen Outreach, an NGO that provides education to children from the rural Phnom Kulen region Cambodia. The photos were taken in Chreav village, just south of Siem Reap. “Illness effigies are popping up everywhere in the Cambodian countryside,” Schoenbohm wrote. “They’re meant to fool the spirits into making the effigy sick instead of the household.”

Although Cambodia is a Buddhist country, ting mong are part of a pre-Angkorian animist belief structure. It is believed that these figures, dressed up to look like humans, will scare off ghosts and evil spirits from entering the home. They often hold guns or weapons and traditionally have scary features that are known for making children cry. Last year, villagers in Kratie erected ting mong when several people fell ill in the village during what was believed to be a cholera outbreak.  So it’s not surprising, then, that the spread of COVID-19 in Cambodia has seen the arrival of a new wave of ting mong. 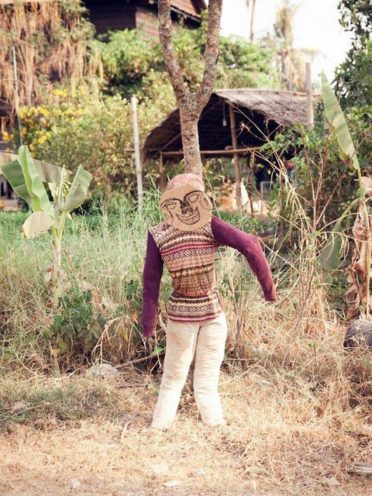 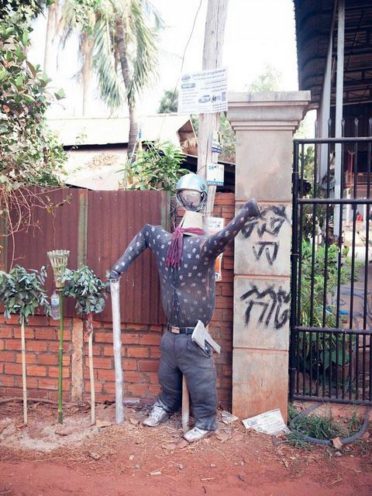 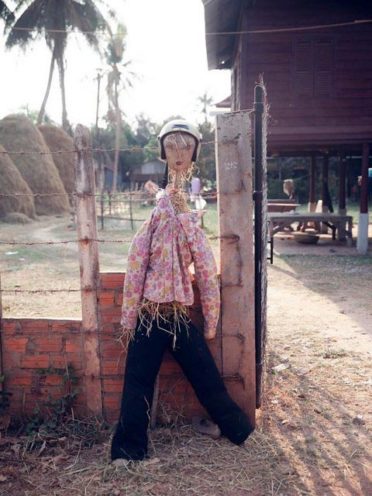 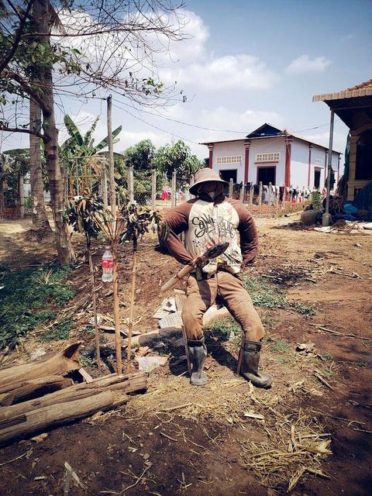 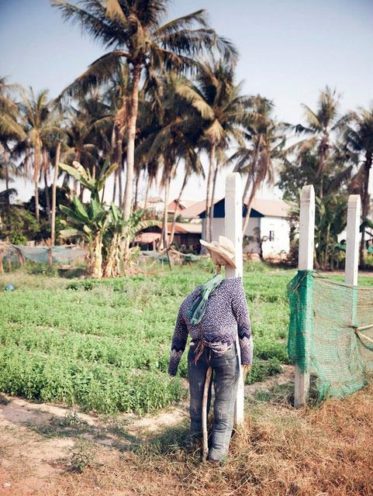 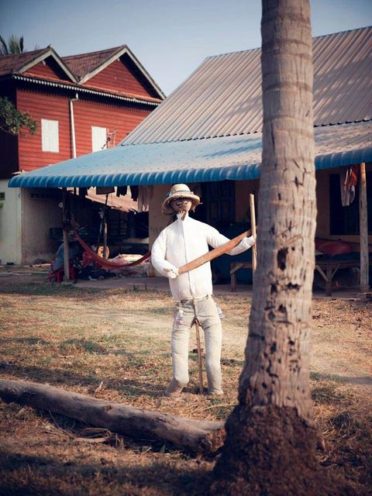 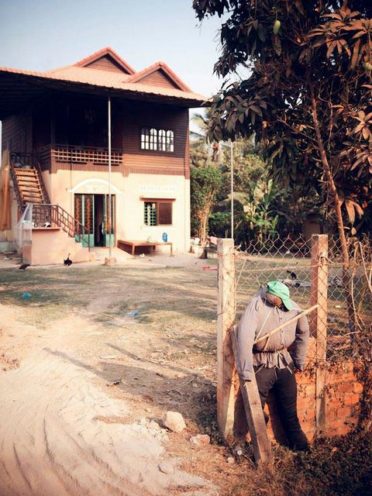 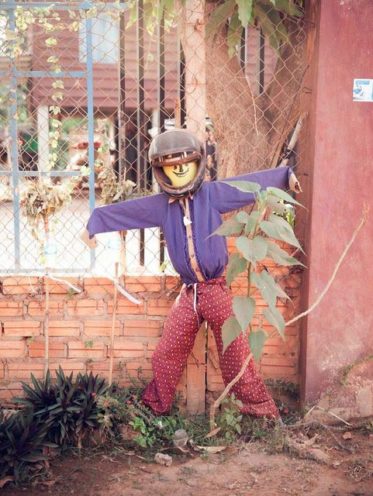 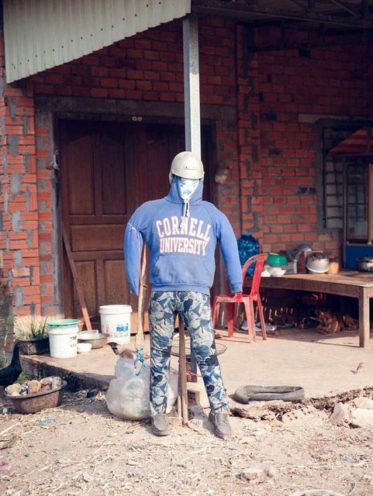 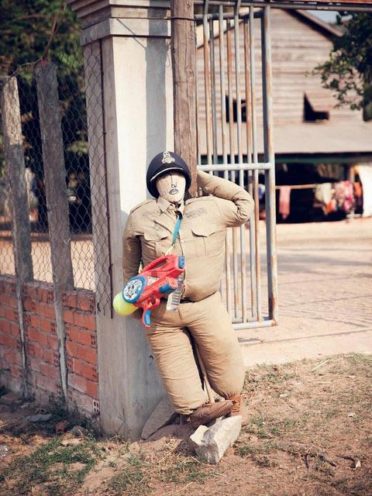 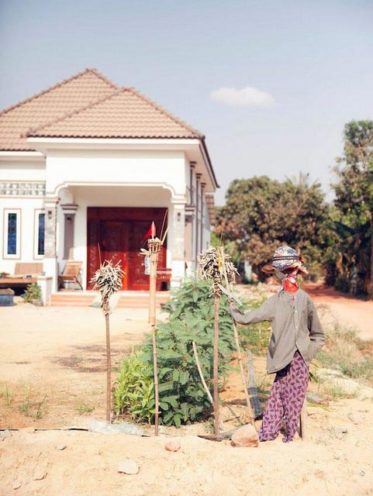 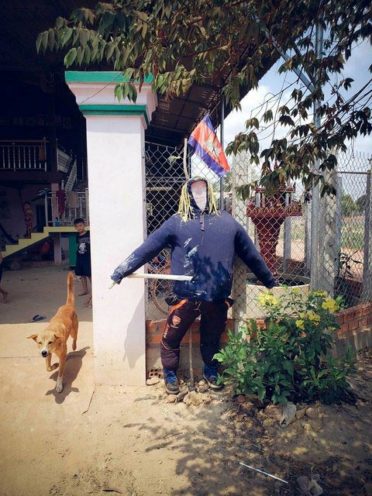 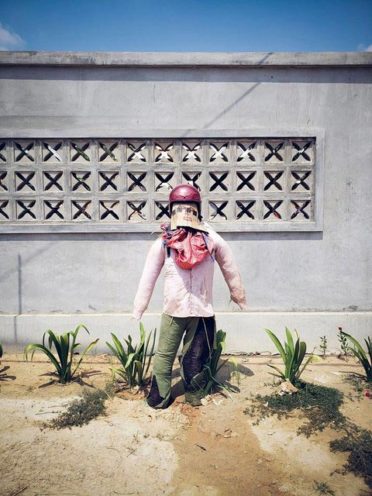 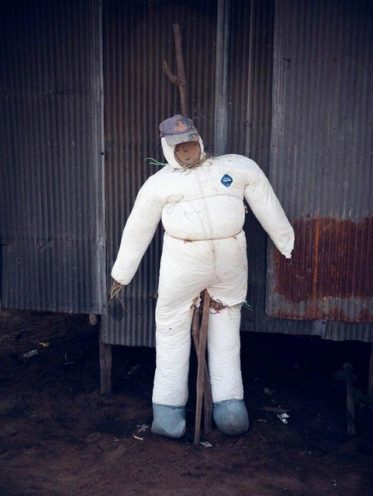 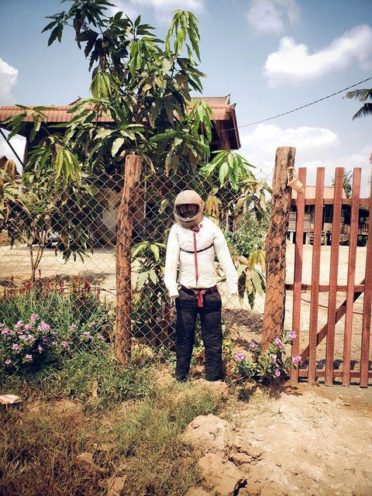 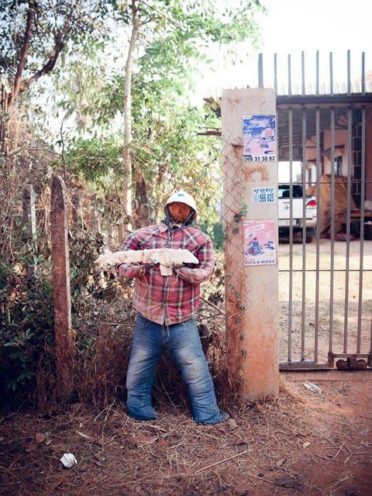 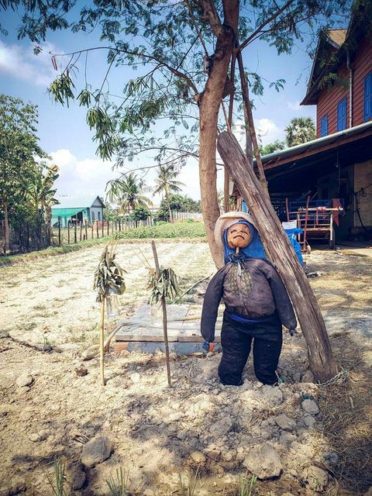 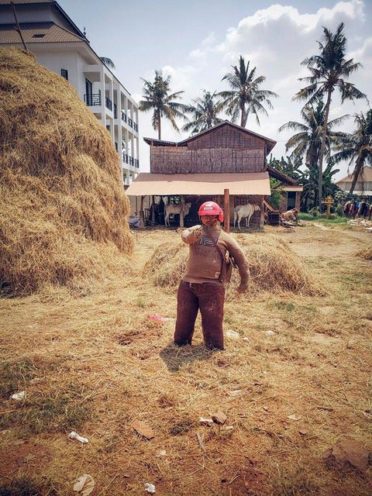 This 2011 article from the Phnom Penh Post explains more about the practice. “People were getting sick and at night the dogs were whimpering a lot,” [a villager in Banteay Srey district] confided. “All of my neighbors and I went to a fortune teller in the next village who told us it was happening because ghosts were going into the village and causing illness. It’s an old tradition that if you put a ting mong in front of your house the ghosts will see it and be afraid of it, but it has to wear clothes like a human, or have weapons, so the ghost thinks the house is being guarded by a person.”

Thank you to Christopher Schoenbohm of Kulen Outreach for allowing us to reproduce these wonderful photos on Move to Cambodia.

Cambodia News English also has a gallery of ting mong.