Posted on June 30, 2014 by Lina Goldberg
Get a quote for expat health insurance

Expats move to Cambodia for a plethora of reasons: to set up new businesses, teach English, even retire. But the expats that move to Cambodia to pursue their creative dreams are the ones closest to my heart, if only because they are setting themselves up for a long, hard slog. That’s why I was delighted to see that there are two young writers flogging their work on Beacon Reader, a new site that allows readers to directly sponsor a writer’s work. This is exciting news for writers, who usually have editors (who answer to advertisers) act as the gatekeeper of their work before it reaches an audience. Beacon sidesteps that system, and allows readers to directly support the writers they want to read. 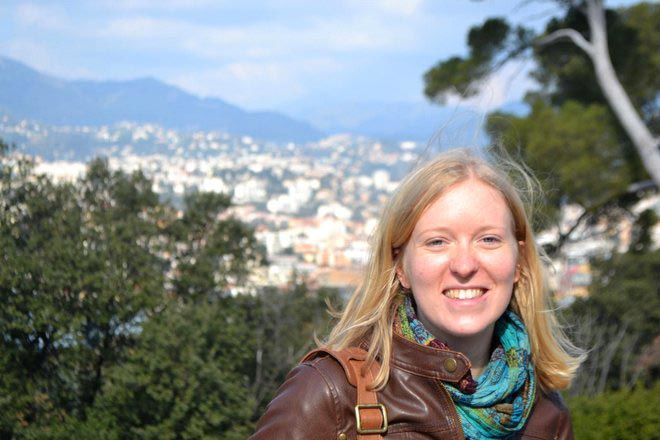 “Beacon is great because it allows readers to support writers and journalists directly, and also lets them provide direct feedback to writers on what types of stories they find interesting,” Battambang-based expat Allison Jane Smith explains. “This makes for more diverse topics and types of writing than can often be found in mainstream publications.”

You may already be familiar with Allison Jane Smith’s work on this blog, where she has been bringing us the best of Battambang. Allison is a 25-year-old Canadian writer and poet based in Battambang, where she spends her time writing narrative non-fiction about life in Cambodia, including this recent piece where she writes about what it’s like to be white…no, really white, blindingly “squawking egret” white, in Cambodia.

Allison’s work on Beacon sidesteps the usual “blah blah genocide” narrative that many writers feel compelled to tell when they write about Cambodia. Instead she writes about topics like attaining nirvana in Cambodian traffic, Cambodia’s best barista competition, and about her experiences with Pchum Ben, the religious ceremony that feeds dead spirits.

“I write about Cambodia because while it is a fascinating and complex country, it is often portrayed in a simplistic way to foreign audiences,” Allison explains. “I write stories about Cambodia that go beyond these simple narratives.”

Allison posts new stories about life in Cambodia every few weeks (and has a new one going up today). To get access to Allison’s work, you can sign up to Beacon for as little as $5 a month, which will also give you access to every other story on Beacon.

Faine Greenwood is a 25-year-old American who was only able to tear herself away from her life in Cambodia when offered the chance to study journalism at Stanford. She has lived in Cambodia off and on since 2008, and spent her time here wryly observing the expat scene. She’s been putting together a comic series that’s a satiric look at expat life in Phnom Penh called ‘Into the Wild.’ 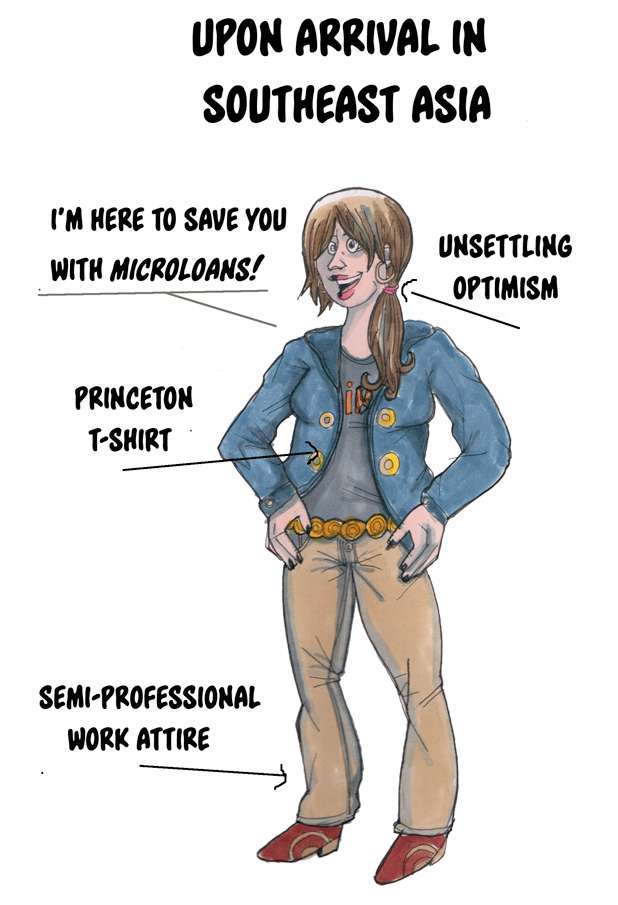 “Cambodia’s remarkably biodiverse population of foreign transplants inspired me to draw a guide that would help newcomers identify the different types,” Faine told me via email. “Also, I like making fun of people by drawing pictures of them.”

Faine already has a few expat comics on her website, but through Beacon you can sponsor her for as little as $5 a month to finish the entire illustrated field guide to the global expatriate community. It’s sure to be hilarious, and at the higher sponsorship levels she’ll even send you a comic of you as your own expat type.