Posted on January 10, 2013 by Marissa Carruthers
Get a quote for expat health insurance

Marissa Carruthers is a freelance journalist who left behind life in the UK for the sun and smiles of Cambodia. In her column, she shares the ups and downs of settling into life in Phnom Penh as a new expat. 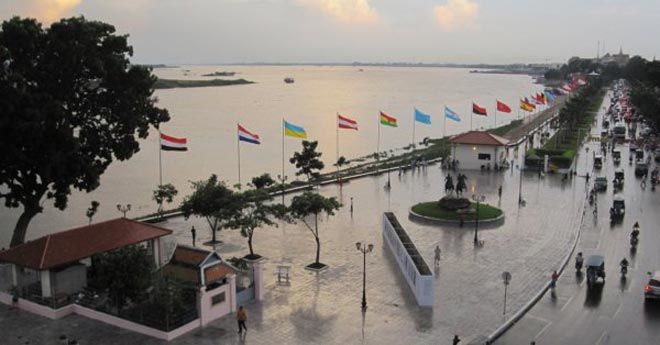 The Cambodian dust finally settled for me about two weeks ago and initially it wasn’t good.

I’d been so caught up in the excitement that moving to a new country brings that I hate to admit it but I hadn’t really spent that much time thinking about life back home.

In my first few weeks I was in holiday mode but that was okay because I hadn’t had a break in a while and after the stresses and strains of moving, I was allowed to take some time off.

Expecting the homesickness bug to hit around about the time serious mode switched on, it didn’t and I continued to relish in my new surroundings, still overwhelmed by the new smells and sights that bombarded my senses at every step on this new path I was treading.

But as the days turned into weeks and the weeks into months, the excitement started to wear off and novelty morphed into familiarity. I was suddenly able to cross the road in less than five minutes, I recognised the squeaking of the etjais calling for waste, I no longer stared in disbelief at a family of six sharing a motorbike or tuk-tuks rammed full of too many mattresses to count.

With my mind no longer preoccupied with Cambodia’s chaos, it had time to drift back home to the friends I’ve left behind. To the babies close friends had just after I left. To my family who were celebrating Christmas without me.

Thank god for modern technology and after several distressed Skype calls, a video call where I got to see one of the never-before-seen babies and several kicks-up the ass on Facebook – “stop whinging, woman, you’re living your dream, remember” was the sympathetic response from one friend – I managed to see sense.

My friends and family are all a phone call, email, Facebook message or Tweet away and best of all I’m in Cambodia, living a life I know I’d envy if I was sat back at home, plus as I flew into Cambodia after a few days away last week and looked out over Phnom Penh I felt a warm fuzzy feeling light up inside and smiled. This place is actually starting to feel like home.

3 Responses to Homesickness sinks in