Time to get a phone

Posted on December 13, 2012 by Marissa Carruthers
Get a quote for expat health insurance

Marissa Carruthers is a freelance journalist who, six weeks ago, left behind life in the UK for the sun and smiles of Cambodia. In her weekly column, she will be sharing the ups and downs of settling into life in Phnom Penh as a new expat.

I’m finally the proud owner of a Cambodian phone. 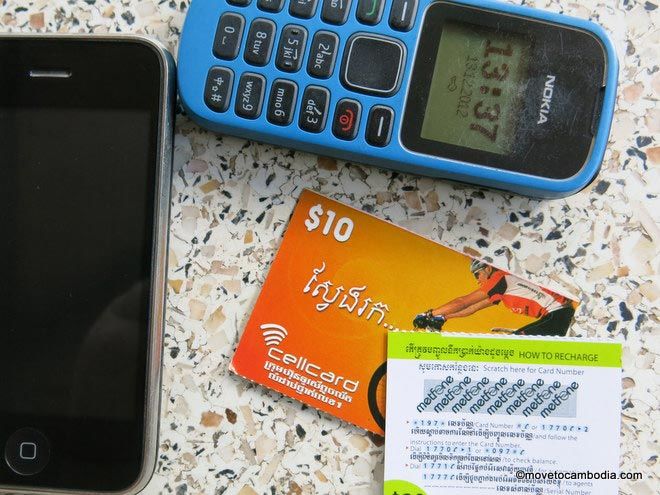 Cambodia calling…getting a phone and phone credit in Cambodia

After weeks of getting by on Skype, instant messaging and emails, I caved in and got round to getting a Cambodian number.

It was made much more complicated than it should have been by the fact that one of the security guards at my apartment, who has kindly taken me under his wing despite communication problems, gave me one of a handful of SIM cards he keeps tucked away in the back of one of the five phones he juggles.

He wanted me to use it with the iPhone I’d brought with me from the UK. The SIM card didn’t fit. No problem. Off he went on his moped and returned five minutes later with it cut to size.

Next problem: it didn’t work. I needed to get my phone unlocked so off he took me on the back of his bike to a series of roadside phone shops on Street 380 to sort it out.

I’m not sure what happened after that. After handing my phone from person to person, several SIM cards being inserted and lots of confused faces, we left and my phone still didn’t work.

So yesterday, I decided to brave the big bad mobile phone world alone and returned to Street 380, complete with my passport, which I’d been told I’d need to get a phone, to complete my mission.

A half hour later, and no passport needed, I’d selected a network from the eight or nine that operate here, picked out my number from endless reams of numbers, which start at $6 and rise depending on how “lucky” each number is and bought a new Nokia phone for $17.

I’m still not too sure how to get credit on it but I’m sure by the time you read this, I’ll have figured it out.

[Ed. note: You can get iPhones unlocked in Phnom Penh at Citifone (21 Kampuchea Krom, near Central Market). Phone credit can be purchased at most phone shops or small sidewalk shops selling beverages. You’ll often see phone cards hanging in plastic bags, or a sign with a list of phone numbers — this means they sell credit. If you are using Cellcard, you may have to ask for Mobitel, Cellcard’s old name.]

Read detailed instructions of how to get a phone and SIM card in Move to Cambodia, including advice on how to get the cheapest SIM cards and which carrier to choose.

One Response to Time to get a phone