Posted on December 6, 2012 by Marissa Carruthers
Get a quote for expat health insurance

Marissa Carruthers is a freelance journalist who, five weeks ago, left behind life in the UK for the sun and smiles of Cambodia. In her weekly column, she will be sharing the ups and downs of settling into life in Phnom Penh as a new expat. 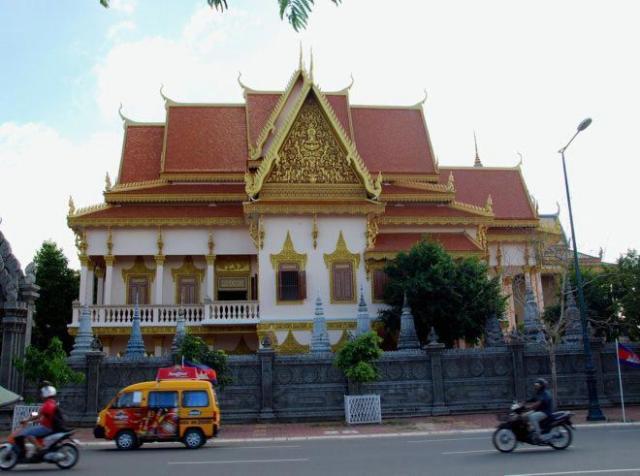 Endless hours have been wasted trawling the streets of Phnom Penh in a tuk tuk, the driver aimlessly ambling round hoping to stumble across where I want to be in this sprawling city.

What should be a short, five-minute journey down the road suddenly turns into 10 minutes, then 20, then 30. At night, lost in a city I’m still getting to know, panic starts to bubble and a voice in my head whispers: “you’re never going to get home.”

Of course I do every time, thanks to the many moto men and tuk tuk drivers who are asked for directions along the way. Some will have sent us on a wild goose chase, others one step closer to home and as soon as I see a familiar sight a sense of relief washes over me.

Frustrated and desperate, I started carrying round a map. I’d show the driver where I wanted to be, slowly tracing the route with my finger to make sure he definitely understood.

“Yes, yes,” he’d say each time, nodding his heads with an authority that gave me complete confidence that he knew exactly where they were going. I’d jump in and soon discover he didn’t.

Exasperated, I relayed my frustration to an expat who’s been living in the city for 18 months. “Yeah, most of them don’t know street names,” he said. “But they’ll never let you know that.”

It turns out they go by landmarks – especially wats – and it turns out that luck is on my side because I live pretty close to Wat Langka, one of the city’s oldest temples and a place that every tuk tuk driver I come across is familiar with.

Since then, getting lost has become a thing of the past and I’ve not once had a problem getting home or anywhere else.

Read more about getting around by tuk tuk from Move to Cambodia and never get lost in again.