Posted on September 10, 2014 by Lina Goldberg
Get a quote for expat health insurance

There are a lot of things that Street 136 in Phnom Penh are known for, but dumplings aren’t necessarily the first that most people would think of. The block between Monivong and Central Market is a veritable hotbed of home-made dumplings, though, with several small, drab Chinese restaurants in a row, each with its own grumpy Chinese lady (or sometimes two) sitting in a corner, folding dumpling after dumpling. 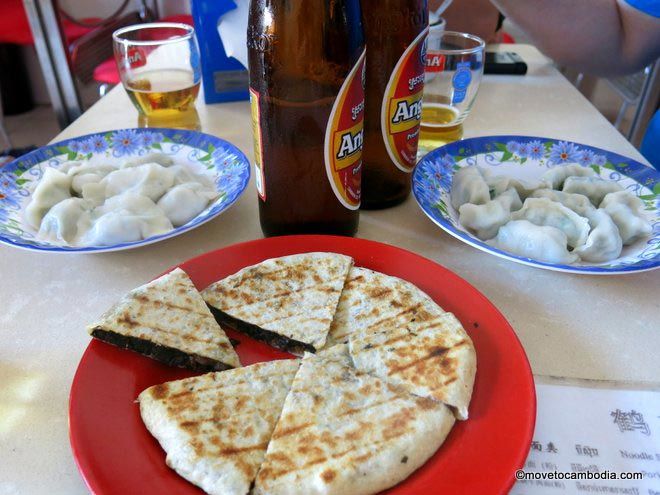 Round one. Dumplings and Chinese “pizza” at Herk Fung.

Recently, when at a loss for where to go for a weekend brunch, a group of us decided to go on a dumpling crawl of Street 136. Below are our notes from the crawl. They get more and more unintelligible with each successive restaurant, possibly due to the serious carb overload that we experienced, or to the fact that there was also a fair amount of Tsingtao required to wash all of the dumplings. Whatever our notes might indicate, a dumpling crawl on Street 136 is a fantastic way to spend a Sunday afternoon.

Herk Fung was magnificent. We ordered $2 dumplings, $2 large Angkors, and $1 Chinese “pizza.” The communication was difficult, but the dumplings were spectacular. The Chinese pizza–this is for want of a better name, we have no idea what it was called–was stuffed with something vegetal and seaweed and was wonderful. A naked baby watched us eat. 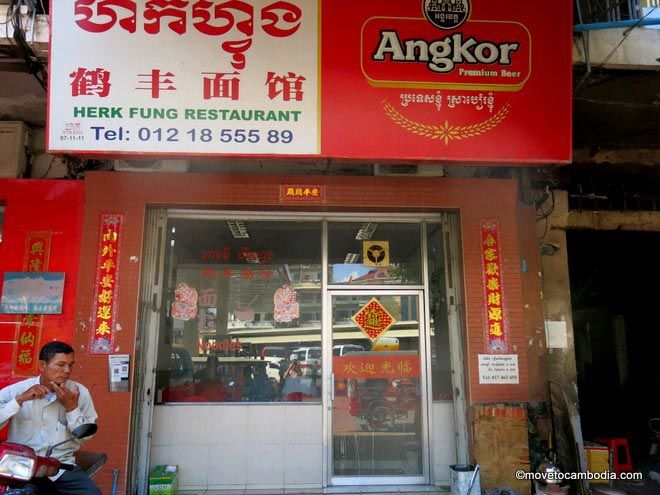 Herk Fung. Not particularly impressive from the outside, but the dumplings are fantastic.

The most exciting thing about Pei Jing was the $2.50 bottles of Tsingtao beer, which we had a few of, along with plates of dumplings for $2 that were served with chopped chili and garlic. The menu was in French and English, so it would have been completely possible to order things other than dumplings. We tried both steamed and fried dumplings and while they were pretty good, they weren’t great, and all agreed that the Tsingtao was the best thing about the restaurant. 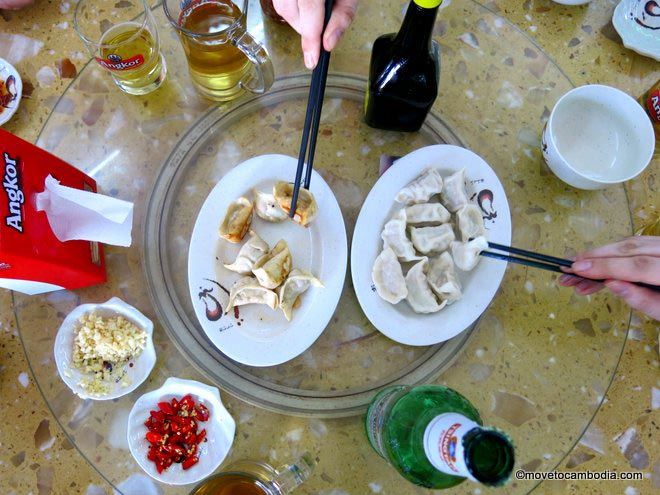 Shandong was the nicest looking of the restaurants we visited, with a large table and a smooth lazy Susan. This might not seem like something special, but it makes the sharing of dumplings with large groups better, and they even have tables that can seat 10. They had a photo menu in color, so also the best menu of the day. 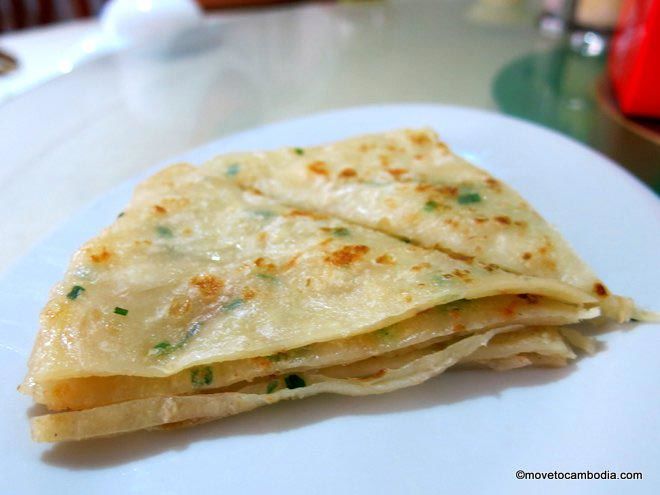 We tried steamed and $2 fried dumplings and $2 pizza-pancake-thing. The fried dumplings were excellent, crisp on the outside, steamed pork and chives on the inside. The pizza was good, although very thin almost like a crispy chive crepe. It was hard to not eat more, even while thinking it was sort of disgusting. The steamed dumplings were weak, though. That said, they sold Tsingtao for $2 for a large bottle and kept bringing us new ones, so we really had nothing to complain about.

“The toilets are immaculate!”

We ordered $2 fried dumplings, $1.50 pizza and a map dofu. The pizza was more like a deep-fried pancake. It was awful and so, so, so delicious, the perfect beer food. The mapo dofu was revolting and gloopy and the dumplings were watery inside. On the plus side, the owner was nice, and they served kimchi as a condiment. 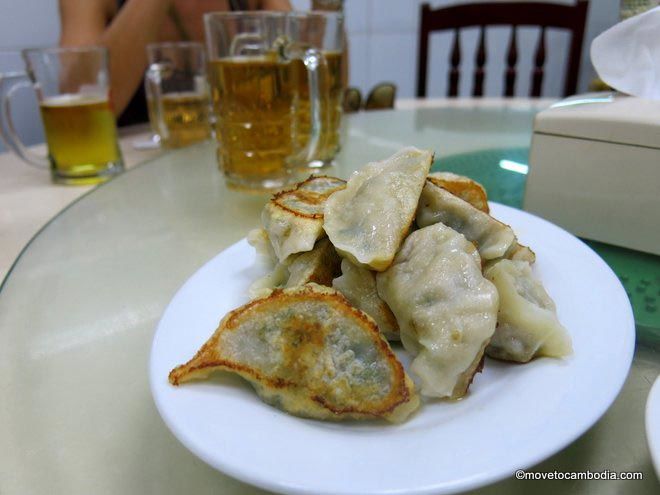 The largest dumplings of the crawl.

“Smallest bowls, biggest dumplings.”
“I’m glad we came this way and didn’t walk backwards.”
“Everything is heavier and oilier than the rest which is good, because we’re drunk.”
“This place disappoints me the most because it promises so much but delivers so little.”

We started out at lunch time, and by the time we got to Yue Xiang Cai Guan there many quizzical looking Chinese couples eating dinner and wondering what we were up to. We had already eaten dumplings at four restaurants and brought a small dog into all four without complaint. We figured this, our fifth, would be the last. None of us were hungry at this point, and we mistook a bottle of $2 Chinese SNOW beer for MONS beer (read it upside-down). Yue Xiang Cai Guan had excellent steamed dumplings ($2) but the pancakes/pizza that we ordered–just for the sake of comparison, not out of any actual hunger–turned out to be brought in from Sichuan Restaurant where we had just eaten. This place had a nice interior and was probably really good, but we were all too full to be able to appreciate it.

“These are my favorite steamed dumplings.”
“I feel sick.”