Posted on August 29, 2013 by Lina Goldberg
Get a quote for expat health insurance

The Russian Market area is a neighborhood on the move. Well, the neighborhood isn’t moving but a lot of people seem to be moving to the neighborhood. As of late several excellent new restaurants have opened in the Toul Tom Pong, and they’re all worth a visit. Here’s a roundup. 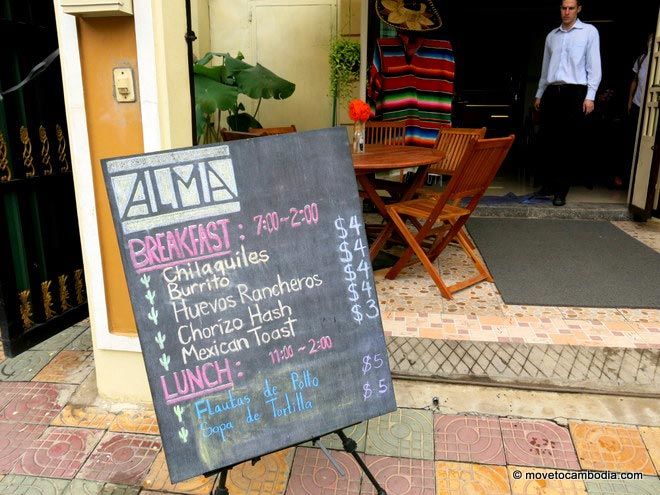 The menu at Mexican restaurant Alma Cafe is small but perfectly formed.

The new Mexican joint in town that everyone is raving about deserves all of the accolades that they’re getting. Their chef, Berna, was brought straight from Mexico to prepare the tasty dishes on the Alma menu, and she brought her recipes with her. As such, the menu is more authentically Mexican than any of the other places in town (most of which are Tex-Mex or Cali-Mex) and its fans say, more delicious. Suffice to say, it’s tied with La Cita for my favorite Mexican in town. 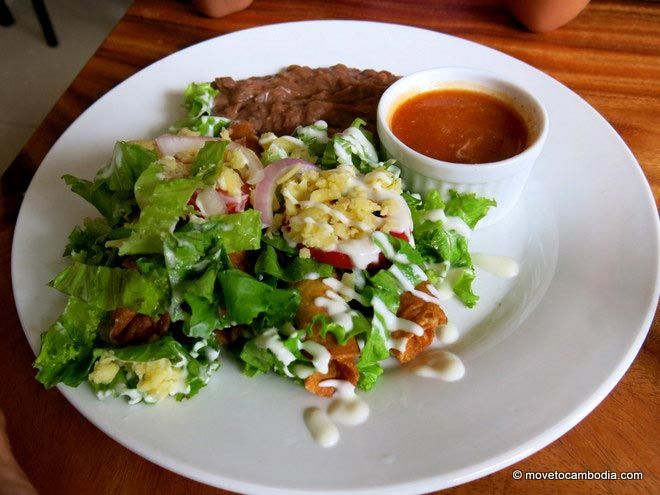 Flautas, aka taquitos, was one of Alma Cafe’s daily specials.

The menu is small, offering just a few items for breakfast and lunch each day (they do not serve dinner). For breakfast, try the huevos rancheros or chorizo hash, which both get rave reviews. The lunch menu changes daily, with a daily special such as enchiladas, tortilla soup, flautas, or Mexican meatballs. Most dishes are priced at $4. Get there early, because the place is always packed.

The photo doesn’t do it justice, but Sesame Noodle Bar is adorable.

This undeniably popular eatery has gotten people from outside of the neighborhood into Toul Tom Pong for the first time in a long time. Russian Market is to Phnom Penh what “above 14th Street” is to the Village-dwellers of New York City–it takes a rare occurrence to get you to go there. But Sesame Noodle Bar changed all of that, with their tiny menu of perfectly-crafted meals. The stars of the menu are the sesame house noodle ($3.75) and the sesame fatty noodle ($4.50). The house noodle can be made vegetarian or vegan as well, using tofu and vegetable noodles in place of egg noodles. The dishes feature chewy cold noodles with crisp cucumbers, lettuce and tomatoes, a hard-boiled egg and caramelized pork (for the house noodle) or pork belly (for the fatty noodle) with a cold sesame sauce. It’s simple and delicious. 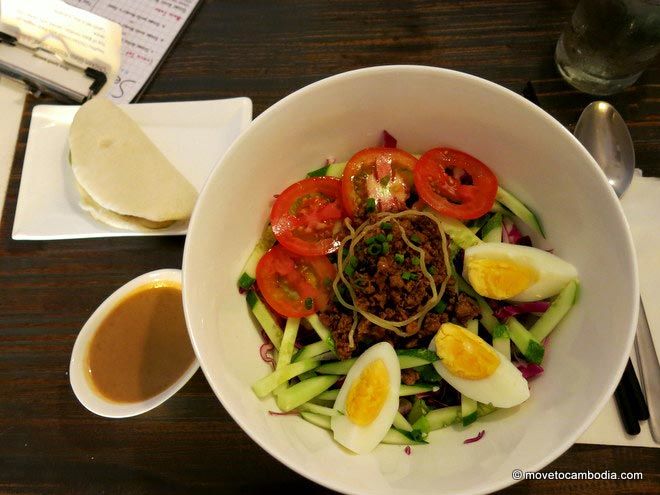 Lunch special: Sesame house noodles and a thor bun for $4.75. 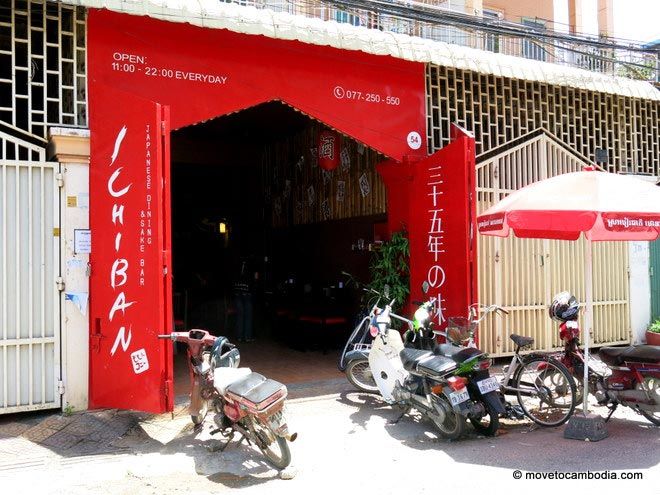 Since the writing of this post, Ichiban has become Ninja Iga No Sato, but Ramon reports that it’s “the same great quality, but even a bit more affordable!”

This new Japanese restaurant is a sushi bar, but has a little of everything, including ramen, udon, rice bowls, and sashimi, all for around $5-6. The restaurant is small, but a large percentage of their clientele are Japanese, which is generally a good sign. They also boast the largest collection of Japanese sake in Cambodia (whether that boast is true or not is unclear) and also have a wide range of cold Japanese beer, which matches well with some of their deep-fried offerings such as karaage (deep-fried chicken) and tonkatsu (deep-fried pork cutlet).