Posted on February 14, 2014 by Steven Halcrow
Get a quote for expat health insurance

If you need a break from life in hectic Phnom Penh, Kampot provides a nice respite as life there runs at a significantly slower pace. Located two and a half hours south of the capital, Kampot is a small town that offers great opportunities to see some of Cambodia’s countryside. 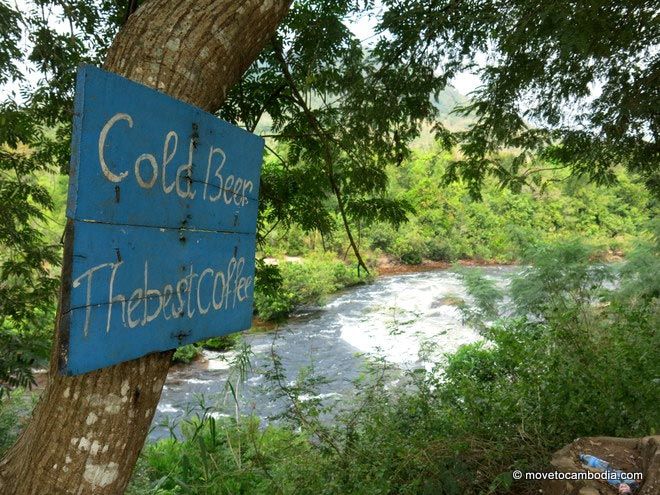 The town itself was the site of a crab haven of Kep as well as the motorbike ride up to Bokor Hill Station that offers spectacular views of the Gulf of Thailand.

If motorbikes or crabs are not your thing then you can rent a bicycle for the day and spend the day in the countryside. I opted to head for Teuk Chhou which is a spot roughly nine kilometers North from Kampot town center. You should allow between three and four hours for the round trip and be sure to apply some sunscreen. The combination of no sunscreen and a tee-shirt means that I am now sporting a rather aggressive farmer’s tan. 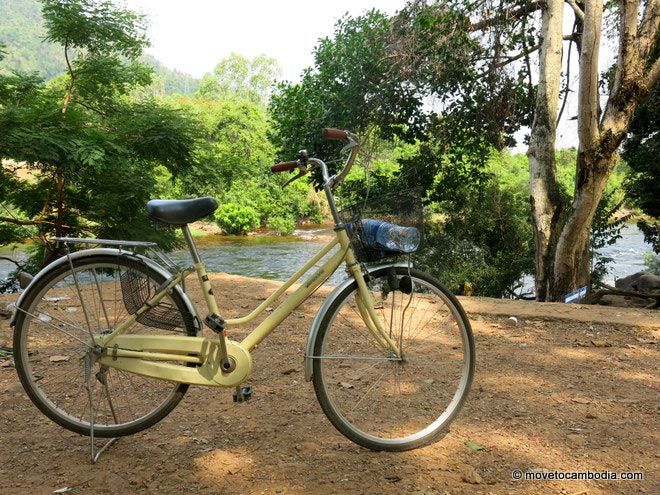 Rent a bicycle and see the wonders of the Kampot countryside.

The road to Teuk Chhou is full of interesting insights into rural Cambodian life. The disused irrigation ditch, for example, that runs practically the entire length of both sides of the road itself was dug during the time of the Khmer Rouge. These days it is overgrown with vegetation and used as dumping ground for durian skins and other waste. Agriculturally, Cambodians are not as developed as their other Asian neighbors with just one rice harvest per year (compared to three in Vietnam and up to four in China).

The ditch exists but the desolate rice paddies point to the fact that irrigation has not developed further than the ditch-digging stage. Whether this will be put to use in future remains to be seen, and perhaps all the Cambodians you see along the way lying around in hammocks or sitting by their durian stalls are contemplating this very issue. You may also be rather surprised by how many rural Cambodian families own a pool table, many of which are visible on the road to Teuk Chhou. 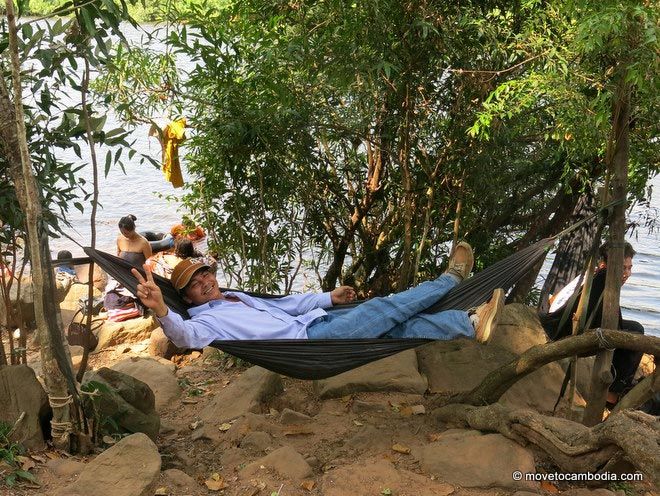 Hanging out in Tuek Chhou.

Distribution of wealth in Cambodia has been the subject of much debate for many years. You will see plenty of people living in wooden shacks on the road to Teuk Chhou and many of them are smiling, giving the appearance of a contented and happy community. Occasionally you will also see a very grand house with several new vehicles parked in the drive and perimeter fencing built around it (one house even had gold plated animal statues sitting in the middle of a professionally landscaped garden). This egregious display of wealth sits rather awkwardly in between two durian stands, both run by women who look as tired as the fruit they sell. 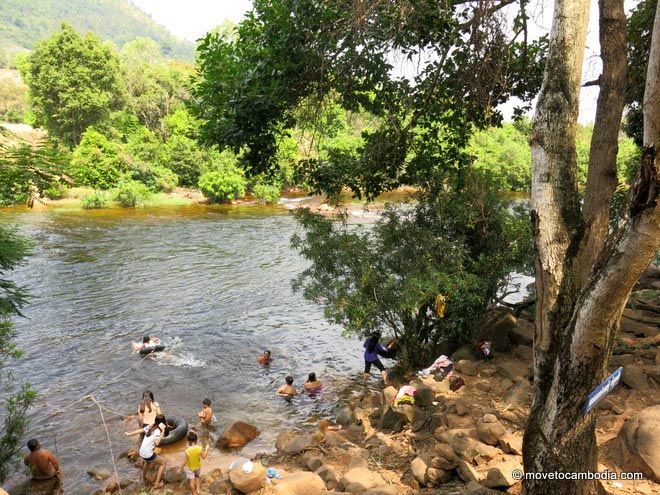 After a leisurely ride, go for a dip at Tuek Chhou.

Teuk Chhou itself is not spectacular but is a great place for a swim after an hour and a half cycle. The thatched wooden platforms that line the river bank contain hammocks and are big enough for a few people to sit and get a picnic. Lots of Khmer families take advantage of Teuk Chhou’s swimming and hanging out facilities that sit in the shadow of trees, next to a 50ft stone Bhudda. Inevitably, durian are for sale.

Cycling back, the same sights are available, only in reverse, leading to a very similar experience as the journey in: wooden shacks, durian stands, irrigation ditch, inequalities in the distribution of wealth and, as far as I counted, five pool tables.

Motorbikes cost $5 (plus gas) and bicycles are as little as a dollar a day in Kampot. Just look for signs around town as many guesthouses and travel agents rent both.