Posted on October 20, 2020 by Pete Ford
Get a quote for expat health insurance

The newly unveiled green space Odom Garden in BKK1 offers almost everything that the capital’s expats have long complained that Phnom Penh was lacking: towering trees, shady walking paths fringed with greenery, play areas for children, craft beer, and what may be Cambodia’s only dog run. 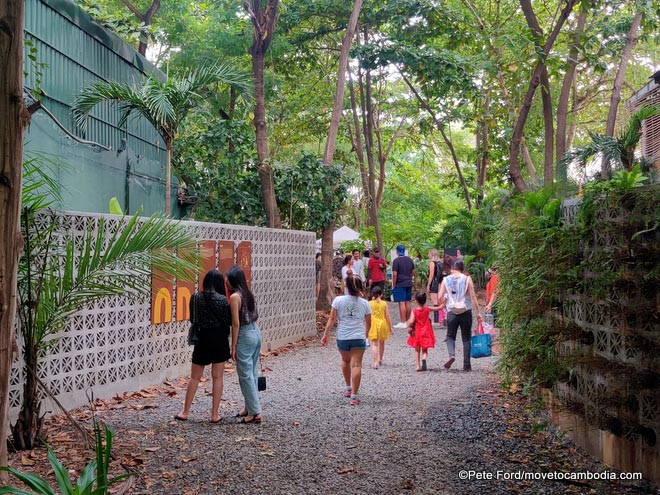 Odom Gardens: A way for big corporations to remind you what you can’t have.

And it’s all doomed, because Odom Garden isn’t a park. Rather, it’s an elaborate marketing ploy to get long-term residents to buy apartments in the Singaporean-designed towers due to start construction in mid-2021 “when the site begins its transformation into Odom — and expansive development of two buildings offering the city’s best address for both residences and commercial office space…[that] will bring the community feeling of traditional Khmer villages into the future,” according to marketing bumf, whatever all those words mean. 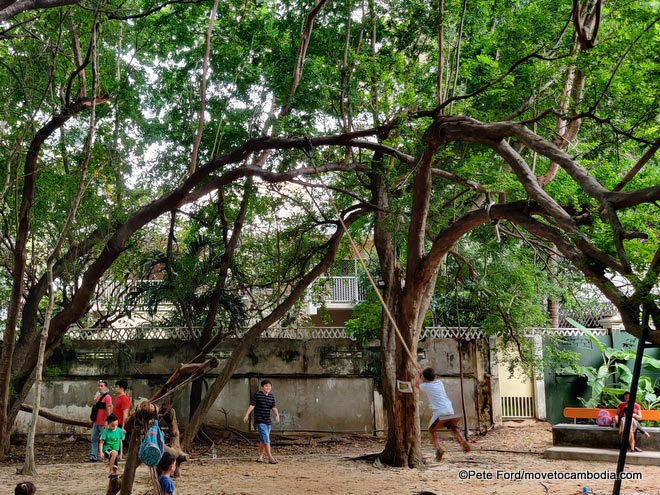 Swinging the days away at Odom Garden….until April, 2021 that is.

The space has been packed every weekend since opening, and has already hosted a popular pop-up market, but it would be naive to hope that the clear success and popularity of the space might save it. Or that city planners might visit and be inspired by the happy families, cooler temperatures, and relative quiet. Phnom Penh is a city where every inch of land has a dollar value. Sidewalks are for parking or selling, parks are mostly to display memorial statues, and have no big trees to provide shade (or for protesters to hide behind).

While Bangkok, Yangon or Saigon have retained large urban parks, Phnom Penh is unique in its lack of public green spaces. So Odom Garden is a very welcome example of what is possible in Phnom Penh, and what is so needed for the mental and physical health of its residents; somewhere for kids and dogs to safely run around and play (in public, with no entrance fees), and somewhere where adults can relax and recharge. 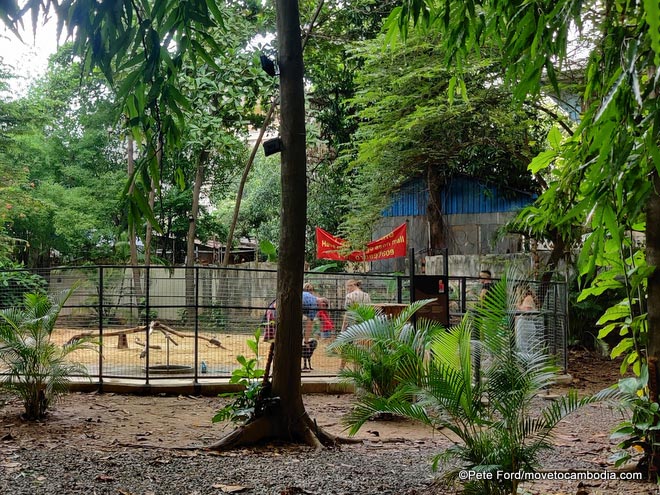 Odom Garden even has a dog run!

But as almost everyone I know who has visited has commented, “Can’t they just keep the park, and build the towers somewhere else?”

Alas, that does not appear to be the plan, so be sure to visit one of Phnom Penh’s only green spaces while you can. Just don’t grow too attached to the place, as it will all be torn down and built on within a year.

Location: On the site of the old MyBurger on Norodom in Phnom Penh, opposite the brand new Chip Mong Noromall. Parking is terrible, so come by bicycle/tuk tuk (which you should be doing anyway of course). There is some protection from the rain, so don’t let that put you off.