Posted on June 20, 2013 by Lina Goldberg
Get a quote for expat health insurance 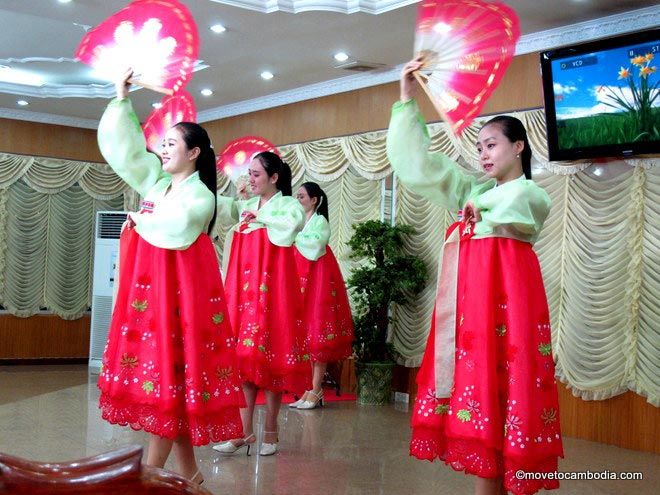 The floor show at Pyongyang, a North Korean restaurant in Phnom Penh.

It’s no secret that Cambodia is on good terms with North Korea. So I guess it’s no surprise that there are North Korean restaurants in Cambodia. There are several, but the most famous in Phnom Penh is Pyongyang, which is said to be run by the North Korean government as a means of producing hard currency for the regime.

Every night the waitresses do a floor show that involves singing traditional Korean songs, playing instruments and dancing. They also walk around and talk to the South Korean patrons that mostly fill the place, and occasionally try and talk to the Western customers, too. One of the waitresses told me that the weather is always good in North Korea, at least, better than in Cambodia.