The lowdown on electricity, garbage and water in Cambodia

Posted on October 9, 2013 by Lina Goldberg
Get a quote for expat health insurance

Recently on the Cambodia Parent Network there was a fantastic post by a long-term expat who has worked closely with EDC, Cambodia’s electricity provider. This expat, who prefers to remain anonymous due to his work with EDC as as contractor, gave some great information and dispelled a lot of myths that expats often believe about dealing with EDC. I contacted him and asked if he’d write up some advice for Move to Cambodia readers, and he’s answered all of the questions you need to know about power, water and garbage bills in Cambodia. 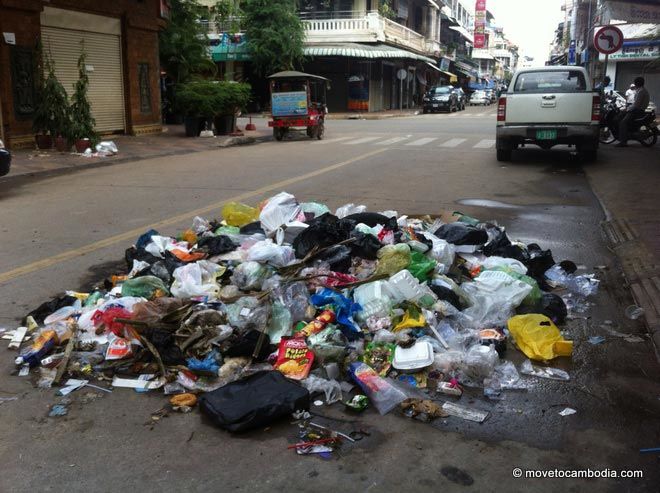 Can Westerners have their name on their EDC bill?

“No. Westerners cannot have their name on an EDC bill. It will always have the landlords name on it. Make sure when you move into a new house you read the power meter with the landlord present and have them list this reading on the rental contract. Same with water. This avoids any confusion when the bills from the previous month when you were not renting that house arrives.”

How long can I go without paying my bill before they cut off the electricity?

“Always pay your EDC bill before it is due or power WILL be cut off. There is no reminder notice etc., as per the West. They simply turn it off. Usually at 7 p.m. when you are hosting 50 people for a party! You can pay at EDC offices near Wat Phnom, FTB Bank on Street 63, via ANZ Internet banking, and also there are people in every neighborhood who will pay bills for you for a tiny fee – 1,000 KHR or so. Look for the signs on little shop fronts. If you pay at EDC office you need to pay in KHR.”

Isn’t it true that there is a special (more expensive) foreigners rate for electricity?

“Barangs pay exactly the same as Khmers based on a sliding scale depending on usage. The more you consume….the higher your per KW cost. There is no “barang” rate. End of story.

Beware! Some greedy landlords will pull a swifty on the unsuspecting tenant by saying “we will pay the power bill on your behalf for the house/whole building” and they then contract you to an inflated rate like 1000+++ per KW. This is where the rip-off occurs….not at EDC level. Your landlord will make a show of reading the meter and calculating it all “fairly,” but they have marked up the standard EDC rates to profit from your ignorance. It is not uncommon to meet people who are paying 1500+ KHR citing all manner of reasons the landlord has given them, such as “you are an NGO/business/more than 4 people/Barangs/ a large building” etc., etc.,This is robbery on behalf of the landlord pure and simple.

You must insist on receiving and paying the invoice yourself. If you get a whiff the landlord is not prepared to do this, then reconsider renting the house as it speaks volumes as to the landlord’s character. If they will stiff you here they will stiff you everywhere and that dream house will become a nightmare. A medium usage household with lights, fridge, washing machine, several fans running (overhead and floor) with no air-conditioning will usually pay 820 KHR/kw.” Just because it says so on the meter doesn’t mean it’s the truth.

But my friend has a cheaper rate than I do, doesn’t that prove there is a foreigner rate?

“Rates can vary depending on location. The further out of the city you go, the higher it can get, but usually this is because you are getting your power from a private downstream reseller….not from EDC direct. Places like Kep and Kampot and Sihanoukville may have their own rates. They used to be more expensive but they have come more into line with Phnom Penh.”

What about water? How much should that cost?

“Water is billed bi-monthly and is another potential classic scam by landlords. They will contract you to a charge of, say, $10 ++ a month. Sounds cheap right? And they will tell you that they will pay the water bill when it arrives. Do you know how much water you have to use to get a 2 month/ $20 water bill?? An ocean! A two month bill of $20 allows you to water the garden every other day, wash cars, fill inflatable swimming pools, hose walls, driveways and unsuspecting schoolkids as they walk past the front gate!

If you are a couple with moderate usage your water costs would be much lower than $20 for the two month period that Phnom Penh Water bills you. Always request to receive and pay the water bill yourself. Phnom Penh Water has one rate for all.”

“There is no hard and fast rule when it comes to Cintri (the garbage service company). Generally in a shophouse or apartment you can expect to pay 4000 KHR per month as a standard. You will pay as high as $20 in large villas and sometimes $5 or $10. Cintri will definitely charge a Westerner more. A decent landlord will usually manage this to the best of their ability for you but at the end of the day you usually have to pay what’s on the EDC bill (EDC does the billing for Cintri) when you get it with little room for negotiation.”

You’ll find all of this information and more in the utilities section of the Move to Cambodia book on page 75.

18 Responses to The lowdown on electricity, garbage and water in Cambodia