Posted on January 20, 2021 by Pete Ford
Get a quote for expat health insurance

Looking for a fun activity for kids and adults that involves nature, animals and the happy knowledge that your money is helping to protect both? Then consider a visit to Phnom Tamao Wildlife Rescue Center. Just an hour south of Phnom Penh, Phnom Tamao is a government-run wildlife center supported by Wildlife Alliance that could use your support. 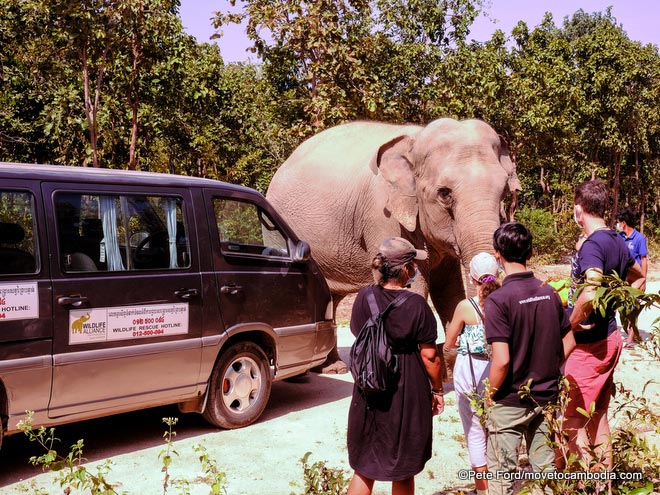 You don’t need me to tell you about the impact Covid-19 has had on tourism, and the communities and organizations that rely on those sweet sweet tourist dollars. Siem Reap is a ghost of its former self, while Phnom Tamao Wildlife Rescue Center has seen a dramatic drop in the visitors that provided much needed funding to rescue, house, and hopefully re-release some of the 100 or so species of trafficked, injured and rescued wild animals.

One impact of Covid-19 in Cambodia has been a change in domestic tourism trends — at the Prime Minister’s urging, increasing numbers of Cambodians are exploring the country, visiting sites and re-engaging with nature. They are joined by the economic migrants (nee ‘expats’) who are also focusing on seeing more of the Kingdom now that the cheap regional flights have gone.

This captive audience of locals and non-locals can do worse than visiting Phnom Tamao and seeing some of what remains of Cambodia’s once-prevalent wildlife. In addition to their four celebrity elephants, there are bears, otters, primates, and some now-extinct-in-the-wild animals such as tigers and leopards. 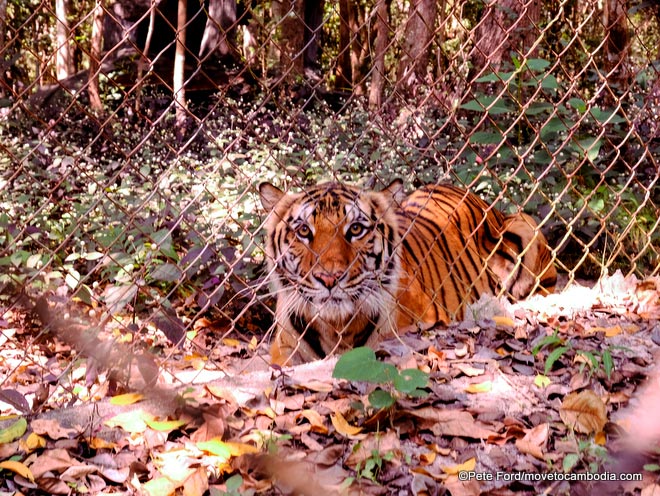 This tiger was previously part of a private zoo, and now calls the wildlife rescue home.

One morning last month, I joined a group of expats — a family and some young professionals with their Cambodian friends — to enjoy the “Behind the Scenes” tour organized by Wildlife Alliance, the main NGO supporting the operation of the government-run Phnom Tamao.

After piling into a van, we drove an hour south from the ever-growing Phnom Penh into Takeo province. My fellow passengers recounted past elephant experiences, noting with regret having taken elephant rides in various Asian countries, an activity that was once touted as a way to help, but is now widely disapproved of. The finer points of animal welfare, the need for the Cambodian government to prioritize this, and the role that we all play in preserving our habitats have plenty of room for growth, yet Phnom Tamao plays a crucial role in connecting urban communities with nature and the wildlife that depends on it.

The park was opened in 1995, with Wildlife Alliance assisting since 2001 and Free the Bears and Flora And Fauna International supporting specific species — bears and crocodiles, respectively. Some 80,000 animals have been released back into the wild, yet many others live out their days at the park due to the impact of the time spent as pets; the large number of gibbons, langurs and otters highlight their attraction as pets for wealthy Cambodians, the illegality of keeping such animals certainly not any deterrent to some people’s apparent interest in torturing wildlife. 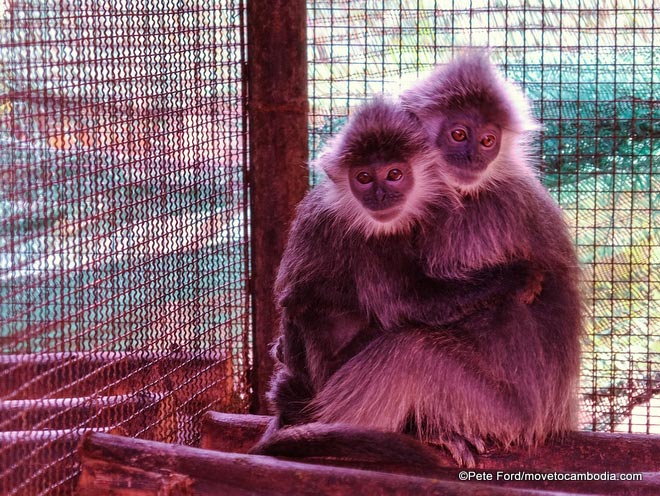 Now some 2,300 hectares of parkland are home to enclosures for elephants, tigers, a leopard, some African lions, otters, primates and many more animal species rescued from zoos, private collections, poaching injuries, the illegal wildlife trade, shrinking habitats across Cambodia. While the park makes a valiant effort with the resources it has, its very existence points to the negative impact on Cambodia’s natural splendor of failed environmental protection and enforcement.

For $75 (50% reduction on pre-Covid-19 prices), the Wildlife Alliance tours offer experiences that the basic $5 park entry does not — walking in the forest with Lucky the elephant, learning how the other three elephants and other animals are fed and cared for up close, and with expert guides on hand to answer questions and offer anecdotes of their years of interacting with these animals. Tours must be booked in advance and the price includes transportation to and from Phnom Penh, lunch, and the opportunity to hand-feed elephants including Lucky.

Yes, this is a government-run park and sorely needs more funding — there is no real directional mapping, story telling about the rescue process, or information on the current dire state of the country’s natural habitats; a polished car-safari experience this is not. But it is a peaceful and respectful wildlife center, with none of the animal shows as per Phnom Penh’s other “zoo,” and there is a genuine feeling that the park exists to protect, not exploit its residents. 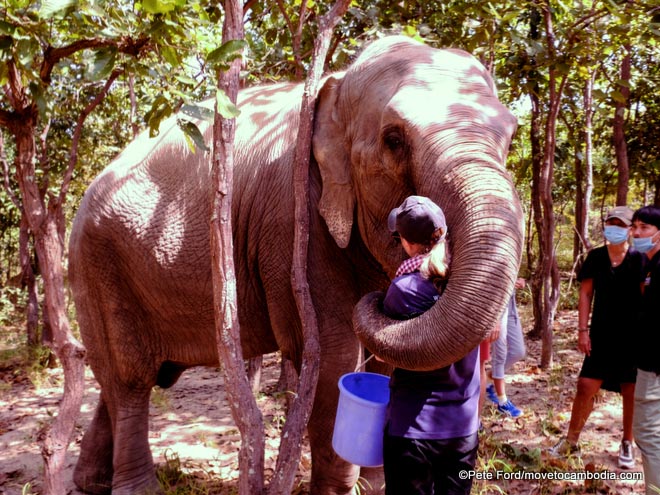 Up close and personal with Lucky the elephant.

Phnom Tamao Wildlife Rescue Center offers a much easier way for families with children to witness some of the Kingdom’s wildlife up close and without the leeches that make Cardamom or Mondulkiri trips so much fun. With packs of wild macaques in the trees (and a few were tantalizingly close to the leopard enclosure), and some of the released deer, wild pigs and other hoofed animals continuing to call the un-fenced park home, it provides an interesting experience of witnessing wildlife on both sides of the fences (humans included).

That it has taken me six years of living in Phnom Penh to visit the park is something I regret, but am very glad to have finally rectified. The opportunity to see some of Cambodia’s increasingly rare wildlife is one that should not be missed — the leopard is possibly the last Indochinese leopard in the country, and it’s already too late for the tigers (the three at the park are from private zoos and likely not Cambodian native).

Many of the rescued pets were reported to Wildlife Alliance via its hotline (+855 (0)12 500 094 or [email protected]), so if you see friends, family or colleagues with wild animals as pets call the number and save a life! A visit to Phnom Tamao or other wildlife rescue initiatives will also provide the much-needed income to ensure these animals are houses and fed, and maybe even returned to the wild.