Posted on May 8, 2013 by Lina Goldberg
Get a quote for expat health insurance

The Angkor Heritage Boutique Hotel is the latest high-end hotel offering in Siem Reap. It opened at the beginning of the year and I had the good fortune to stay there on a recent trip to Siem Reap. 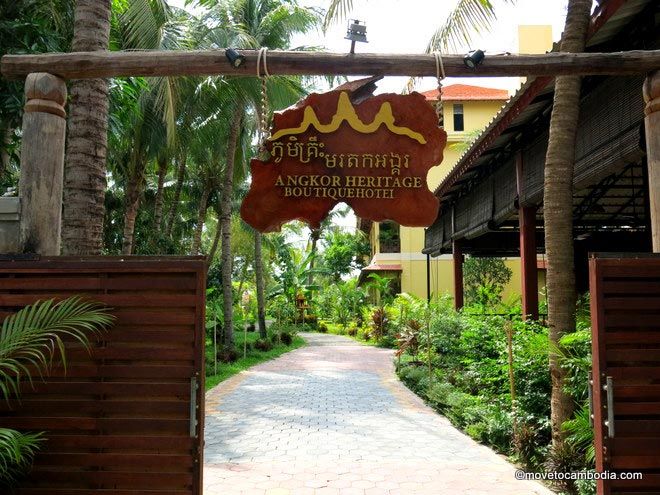 The Angkor Heritage Boutique Hotel is a new 4-star hotel that has a couple of things going for it. There’s a pool, for one, with a nice pool area and sun loungers. (Dear reader, my apologies for not getting a photo of said pool). 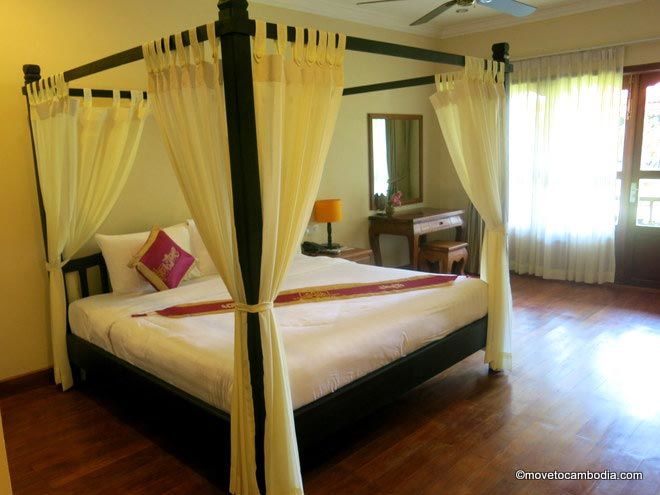 Not bare bones and not tackily overdone…this porridge is just right!

The rooms are tastefully decorated, which is surprisingly uncommon for many of the nicer hotels in Siem Reap, which tend towards a dark, wood-heavy, overdone Chinese aesthetic that I find smothering. Angkor Heritage, on the other hand, have bright, airy rooms featuring cute wooden desks, fridge (with fruit plate!), air-conditioning and an overhead fan. I was treated to a large princess bed and my friend ended up with a large room with two double beds. My room had two sets of doors to help block noise, and I had a very quiet stay. The bathrooms feature a bath and separate shower and all of the typical amenities you’d expect at a nice hotel. 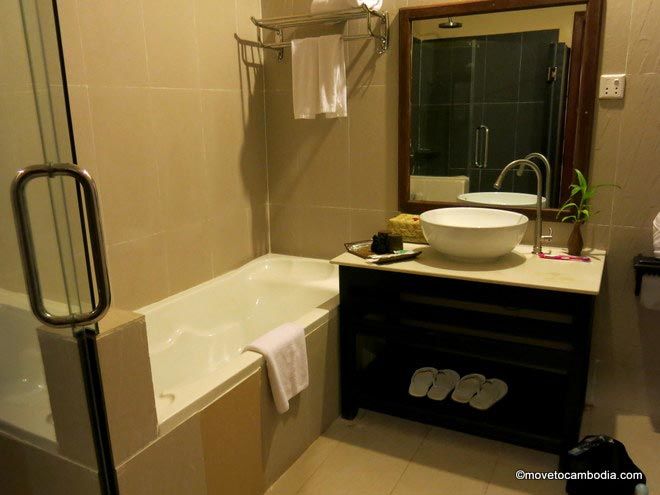 Have a bath, this is one of the few tubs you’ll find in Cambodia.

The other nice thing about the Angkor Heritage is that they’ve put in a lot of work on their lovely gardens, which are filled with tropical plants and make the place feel like a relaxing oasis. They’ve also got a restaurant which I didn’t try, but the attentive staff leads me to believe that it would be a nice place to sit and enjoy a drink after a day of touring the temples.

The place is fairly centrally located, a $2 tuk tuk ride from Old Market (and there are lots of tuk tuks at the end of their little lane). Right now they are having some great deals on rooms for low season–they’re around $50 on Agoda, but they’re certain to go up in high season.

Would I stay again? Yes, definitely. Angkor Heritage Boutique Hotel is a really nice place with remarkably low prices for what they are offering.

Check out Agoda for the current (and lowest) rates at the Angkor Heritage Boutique Hotel. Or, have a look at other hotels in Siem Reap.