Posted on October 23, 2019 by Lina Goldberg
Get a quote for expat health insurance

If you’re looking to test out the Cambodian railway system but aren’t quite ready to commit to an 8-hour train ride to Kampot, the Phnom Penh to Phnom Penh airport train offers a manageable slice of life on the rails in the Kingdom of Wonder that takes just 35 minutes. 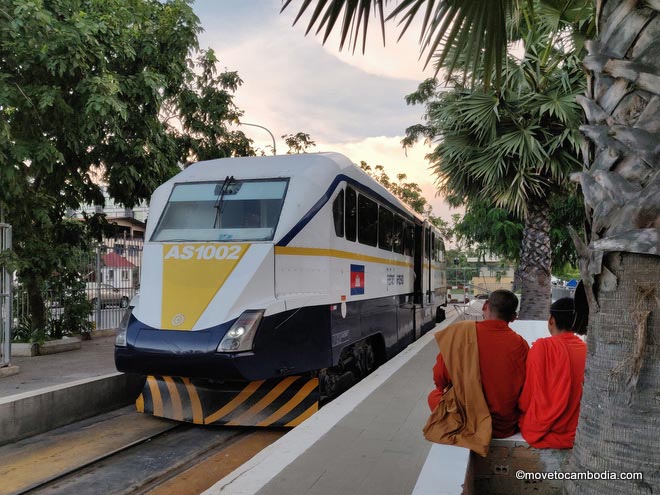 Monks admiring the new airport train as it arrives at Phnom Penh Airport.

The train is a convenient way to get to the Phnom Penh airport, and although much faster than a tuk tuk or taxi during peak rush hour, it doesn’t necessarily save much time because the train schedule is more of a guideline than a rule, and almost every time I’ve taken it I’ve ended up waiting at the station for at least 30 minutes.

Trains are supposed to run every 70 minutes, but in practice, this does not always happen. There seems to be one train that runs back and forth, supposedly on a 30-minute schedule with 5 minutes to turn around at each end. The trip actually takes closer to 35 minutes, giving them no turnaround time, so by the afternoon the printed schedule is a distant memory. Theoretically, though, you shouldn’t have to wait more than 45 minutes for a train, but somehow I was waiting closer to 80 minutes recently, although it was a holiday and that might have affected things. 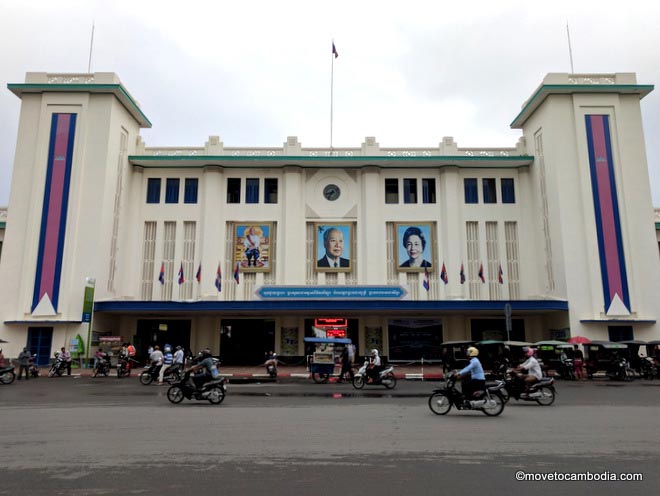 In the other direction, the first train from the airport to Phnom Penh is at 6:35 a.m. and the last train into town is at 8:05 p.m. 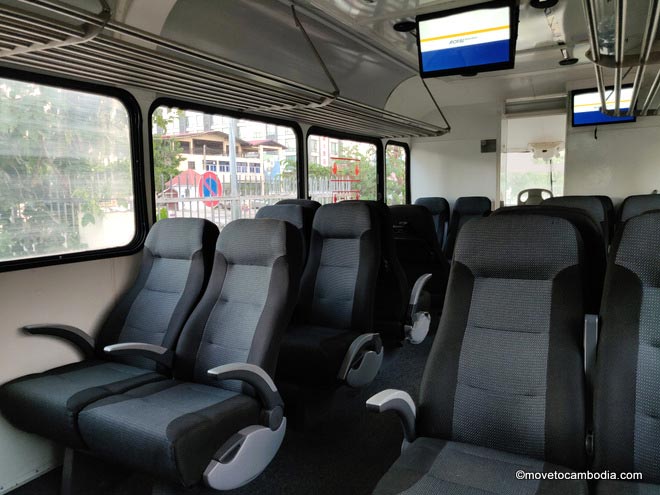 The plush interior of the Phnom Penh airport train.

The trains are newly imported from Mexico, and are air-conditioned with comfortable recliner seats. The reason to take the train, apart from being a train buff, is the lovely city views you get gliding from the airport into town, taking in the whole range of Phnom Penh life, from the slums adjacent to the tracks to the tallest high-rises in the city across the street from the station in Phnom Penh.

That and the fact that Phnom Penh traffic can be dire, and sitting in a hot taxi stuck in a traffic jam is significantly less fun than being on, or waiting for, a train.